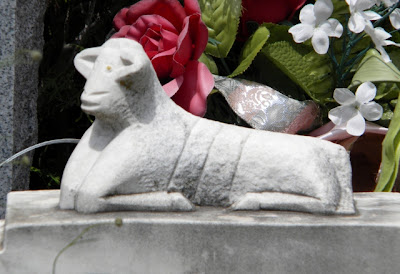 When my Great Grandmother Emma June Howell died in 1895 at the age of 45, her daughter Mattie assumed the role of Mother to 3 year old Lizzie May and one year old Howard Grady.  Mattie was 14, and the oldest daughter still living at home.  Her older sisters Beulah and Lula were grown and had families of their own.

In her Journal entry, The Year of Mourning (a fictious account of the year following Emma's death) Mattie talks about Lizzy as being a sweet little girl.  She relates to sister Beulah how Lizzy is coping with their Mother's death in her child like way of helping with the daily chores..."Lizzy has been helping me with the washing.  She is tall enough now to hang the clothes over the fence."  The letter dated August 20th three months after her Mother's death, Mattie mentions baby Grady as having fallen off the porch and suffered a cut on his baby arm.

Emma June Howell Pittman died on May 4, 1895 and was buried in the Howell Family Cemetery in Mableton, Georgia...Find a Grave Memorial.   Her daughters Beulah Magnolia James and Lula Leodia White as well as son Robert Rene Pittman are buried in the Howell Family Cemetery after having lived out their lives in Cobb County Georgia.  It is well documented that the rest of her children left Georgia with their father George Washington Pittman about 1899...four years after her death. 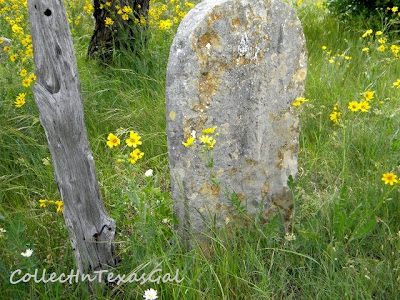 Through documented accounts, US Census and family history research, Mattie Maude, Ruth Beatrice, Columbus Chapel, Howell Cobb and Alison Lee relocated to Texas with their father.  What happened to Lizzy May and Howard Grady?  That is a 'Brick Wall'!  So far they have not been found as having stayed in Georgia with Beaulah or Lula.  They have not been found in the Howell Family Cemetery.  They were not listed in George Washington Pittman's 1900 US Census along with Mattie and the others who came to Texas. 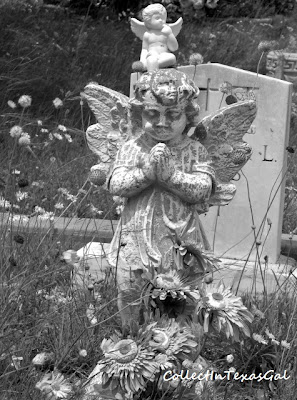 It is likely that Lizzy and Baby Grady died between 1895 and 1900.
Rest In Heavenly Peace Lizzy and Grady.
You are remembered in The Pittman Family Tree.

Oh, the delight of the family tree finds. So enjoy reading your family research, Sue.
Have a beautiful week ~
TTFN ~
Marydon