Last Day To Make 'Even Eight' 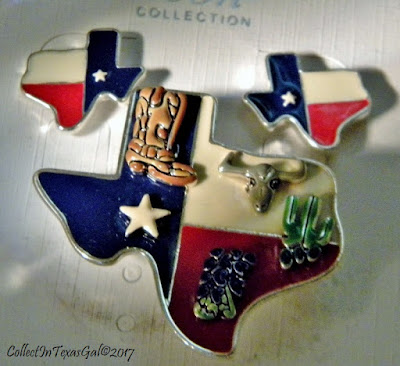 Ending the month on an even number of posts is a result of a bit of Number OCD.  It's been almost  an 'Even Eight' years...in August...of blogging with an average of  an 'Even One hundred Fifty-Eight' post per year.  So, you can see how the Number OCD has strongly figured into this 'Even Eight' post.

Meaning and Fun Facts of Even Number Eight.
Symbol of harmony and balance.
Symbolizes the ability to make decisions.
A double eight, as in 88, is said to bring double joy.
Number 8 is a very lucky number in China
The opening ceremony of the Summer Olympics in China
began on 8/8/08 at 8 seconds and 8 minutes past 8 pm.
Most umbrellas have eight sides.
The STOP sign has eight sides.
In the world of computers, a byte is eight bits.
The number 8 is the atomic number for oxygen.
Spiders have eight legs and the octopus has eight arms.
There are 8 ounces in a cup and 8 pints in a gallon.
Shoot, my Even Eight OCD is nothing compared to 'The Beatles'.

No Such Thing As Ugly Fabric 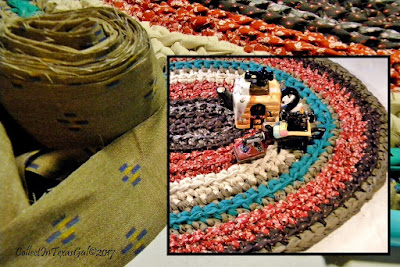 They say there is no such thing as 'Ugly Fabric'.  I'm guessing that goes along with "In the eye of the beholder".  However, my beholding eye does on occasion see some uuugggly fabrics!  Point in case...the greenish, brownish, yellowish, bluish, blahhhhish 5ish yards inherited from an estate.  Notice I said inherited...not a cent spent on the 'Ishie' stuff or any of the other 'Blahhhish Bolts'.  But, you know me...'Waste Not, Want Not' and I never turn down Fabric or Fiber no matter how ugly or lovely! 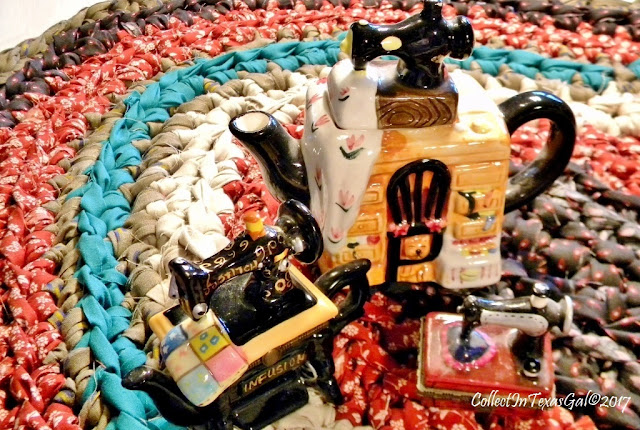 Once it is paired with a lovely color like turquoise, no longer does it's 'blahishness' seem important.  Instead it serves to highlight the fabrics with which it is combined.
Now, my beholding eye agrees... 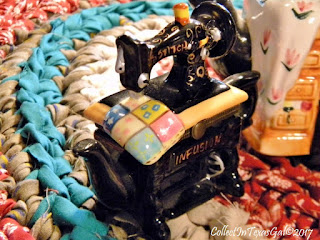 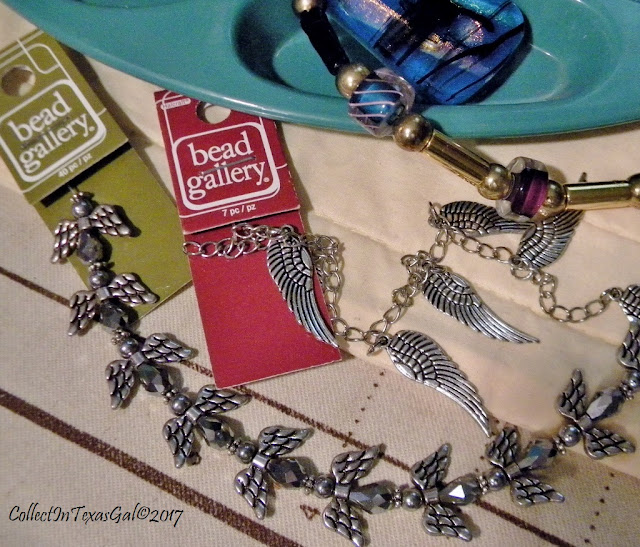 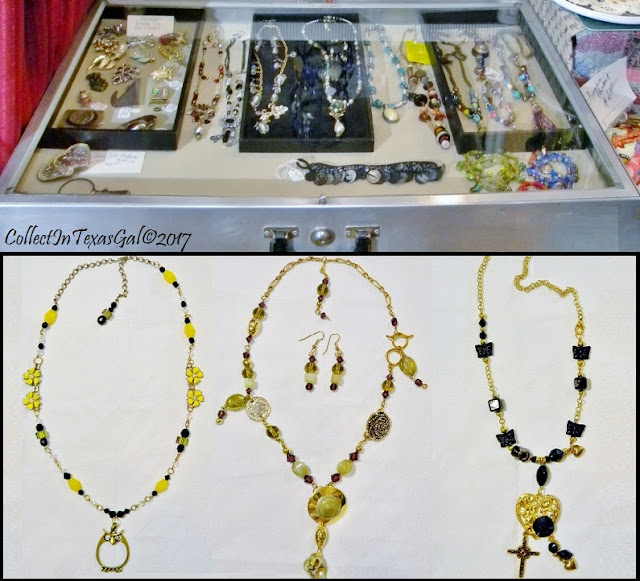 "Hang on to it...you never know when you will NEED it again".
I'm patting myself on the back for hanging on to an old jewelry case that has been in service one time or another through a family thrift store, umpteen Junktique Booths, and now in Sue's Fiber&Fabric Studio.  All toll, it's spent as many as thirty years displaying shop/booth jewels or covered in dust while awaiting it's next assignment.  So, here it is...Rejuvenated in June 2017...along with a few Vintage Rejuvenated Jewels. 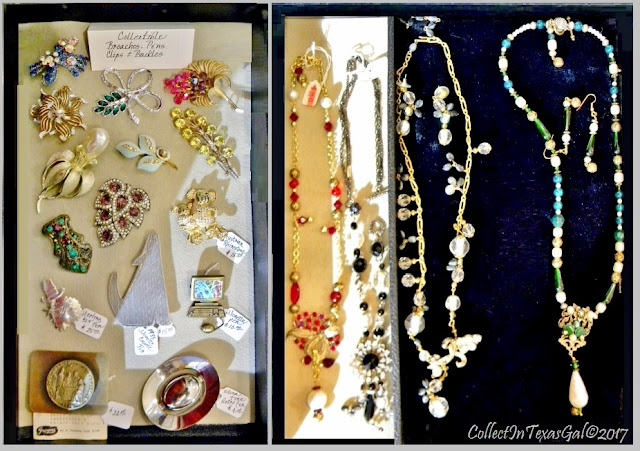 After a Steel Wool scrubbing and polishing, a new padded faux suede lining in the bottom and Windexing the plexi-glass...dadah...ready for Vintage Bling!  Oh, and several pieces of my new BoHo Line of Fiber&Bead necklaces and Wrap Bracelets. 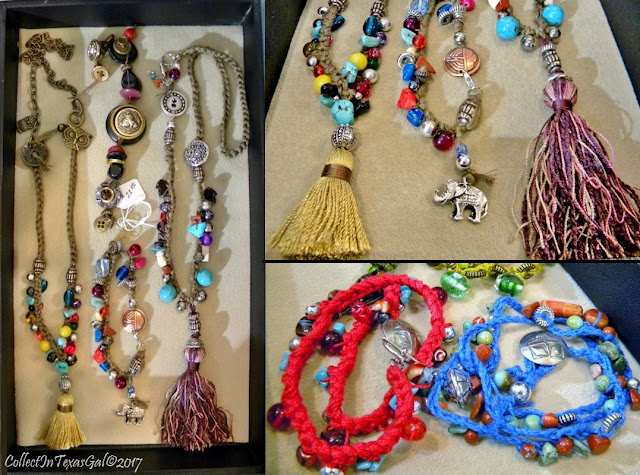 As you can imagine, I am still patting myself on the back for hanging on to this jewelry display case...it's now a 'Family Heirloom' and back in service....as it should be!  If you are interested in seeing more displayed Jewelry...both Vintage Bling and Boho Fiber/Bead pieces...here are links to Sue's Fiber&Fabric Studio Facebook Page.  Thanks for Looking and Liking!
Vintage Bling Rejuvenated Jewelry Sale
Summer Solitice Bead&Button Jewelry Sale
Boho Wrapped Bracelet
Posted by Sue McPeak at 6/25/2017 6 comments: 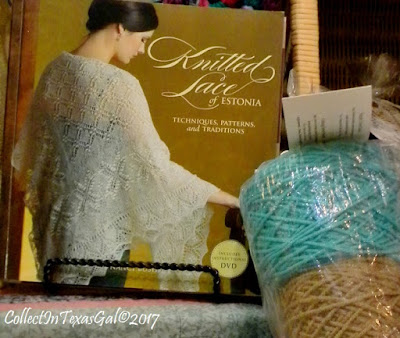 Truth be told, I've about given up becoming a 'Better Knitter', and by the looks of my Blog Stats the same could be said for my Blogging.   Oh sure, I have a list of excuses about as long as the last cast on I did for a lace shawl...several years ago.   I guess I'll have to call it finished since it's about as likely I'll knit or purl back across those kabillion cast on stitches as my going to Estonia.  I should have known from previous projects that called for really, really thin lace weight yarn and really, really, really, tiny needles on a really, really long circular thingy.  And, I really, really thought I wanted to be a Lace Knitter! 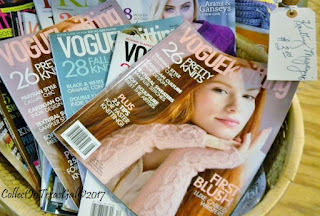 So much for Vogue Knitting's 25 TIPS FOR FASTER KNITTING. 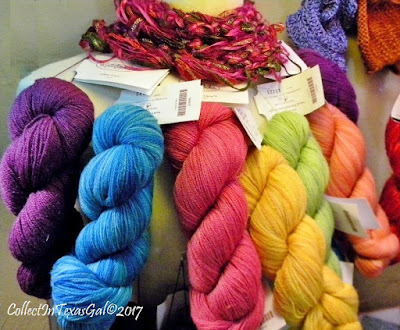 SALE...$9 per hank
And so much for Knit Pics gorgeous lace weight yarn intended for a shawl from
Knitted Lace of Estonia! 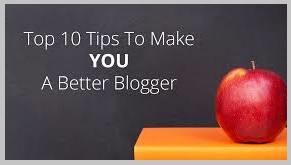 Patriotism by the Bundle 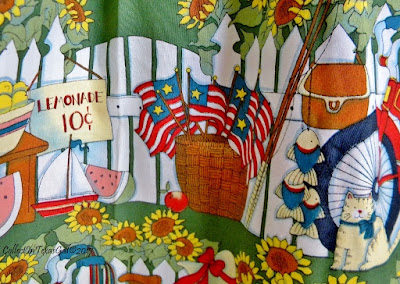 Late in May I began going through my Patriotic Fabric Stash to get ready for a display at Sue's Fiber&Fabric Studio.  What a surprise to discover my Red, White and Blue Stars, Stripes and all things patriotic was hardly enough to be raising 'Old Glory' up the flag pole.  But, as I have done for earlier holidays and celebration events, I managed to do July 4th justice. Who knew you could Bundle Patriotism!!! 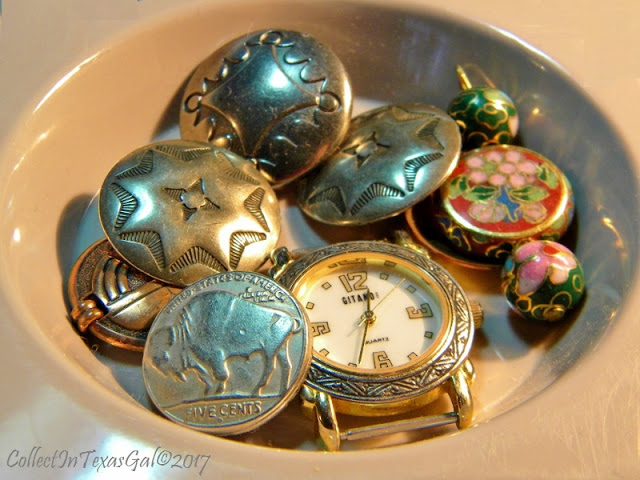 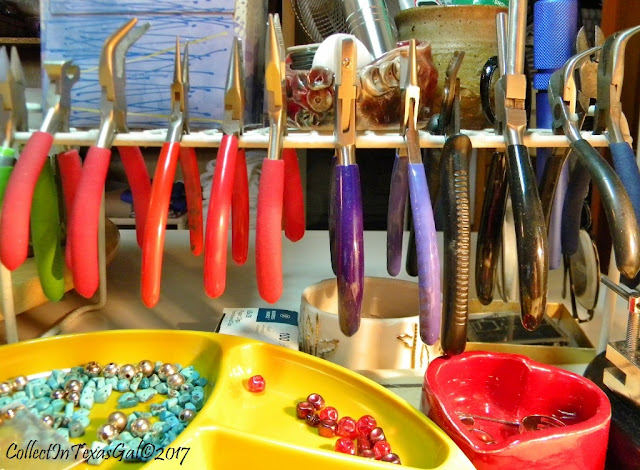 Betcha thought this was about a new Tool Bar App!
I wish it was...I'd be stringing $$$Bills instead of Beads!
As it is, this Tool Bar lineup has the potential to perpetuate Beads to Bucks!  Let me explain...then you will know why this is my first download for June.  June 1st fell on a Thursday,  two days before my biggest $$$Day...or potential for...at The First Saturday Event/Show/Sale.  It happens on the first Saturday of every month, and as a Studio Artist at The Chicken Farm Art Center, I make the most of the days before getting Sue's Fiber&Fabric Studio #15 ready for that Saturday.  So there you have it...my excuse for not kicking off June on the first.
And...here's why it's taken me until today...the 12th...to post in June. 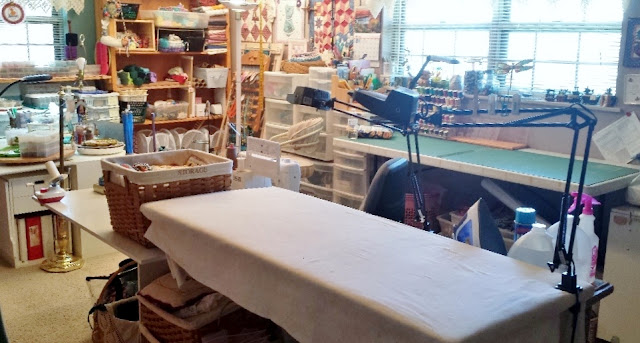 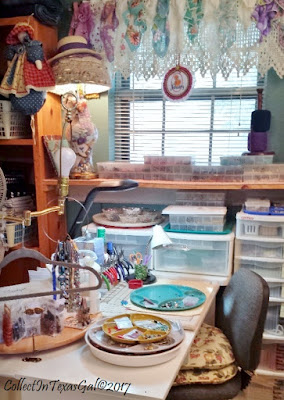 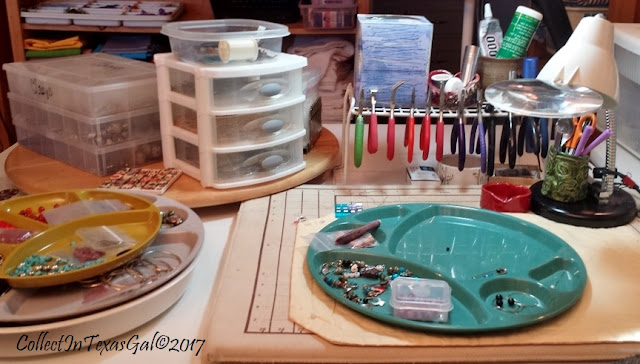