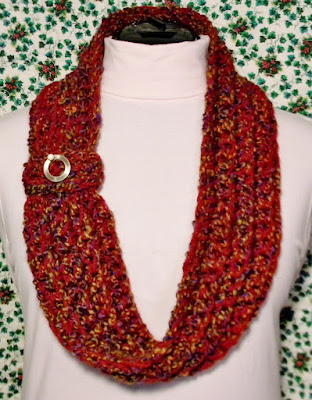 You have heard about the 'Infinity Scarf'...right?  It has been popular for several years and is a quick to knit or crochet gift item found in abundance on Pinterest, Etsy and other 'Handmade' outlets.  So Trendy is this 'Forever Circle', that every Tom, Dick, Harry and Dollar Store have Circled their China Made Wagons to produce an infinite number of scarves for infinite number of necks around our infinite globe.  Gives new meaning to Infinity, huh? 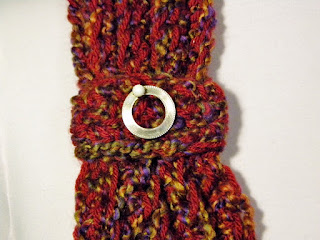 What does this do to the Old School 'It's Hand Done, Honey' knitters, crocheters and weavers? To answer that I will have to step up on my 'Soap Box', which over the years has become a 'Soap Box Stack' so high that stepping up high enough to be heard all the way to China is might near impossible.

So, I won't go there on this last day of November and the beginning of what once was a season for Homemade/Handmade Crafters to pedal their infinitely handmade items. 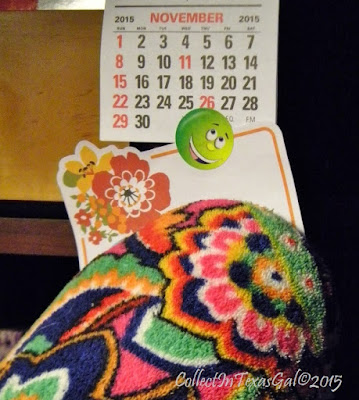 Suddenly, it is the end of November.  Like past Novembers, this blog has been short on posts.  And, this blogger has been more of a looker/reader and less of a commenter on my Blogland Friends list.

It's a busy time of the year for everyone.  I've noticed the change in many blogs I visit.  Many of us are Facebookers and other social media posters, and stay connected with our fellow bloggers that way.

Still, I enjoy the Journal and Writing format that is part of blogging.  And, of course...the photo journaling.

I plan to keep blogging!
I hope you do, too! 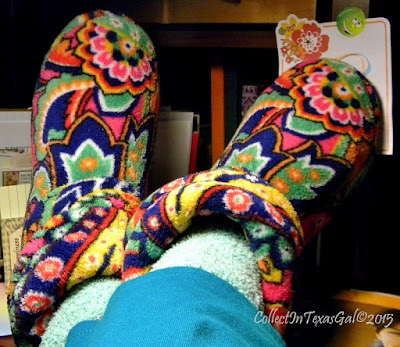 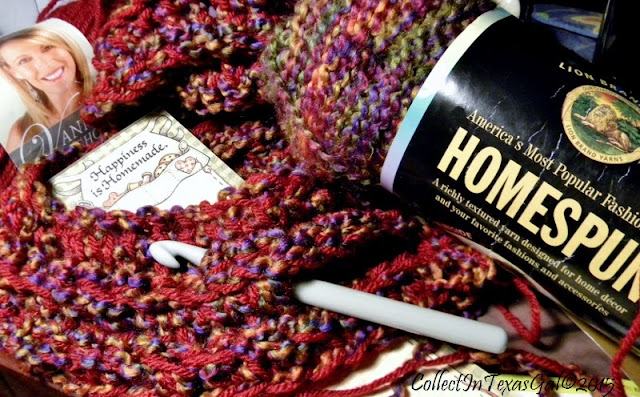 Although true for me, 'Happiness is Homemade', it turns out, isn't necessarily true for 'Gift Shoppers'.  Homemade/Handmades Target Audience was the focus for an article I recently read for 'Handmade Business Owners'.  Basically the article said, "The fact that your Crocheted Scarf (for example) is handmade, it is not the top priority for shoppers...especially if the shopper is also a 'Crocheter' who immediately thinks, "I can make that myself".  Yep, I've said it many times, myself!

There is certainly more to consider on the marketing strategies for Handmade Crafters.  However, for me, 'Happiness is Home/Handmade' and if my *Target Audience likes it...then I am doubly happy.

*Target Audiences:
~other Crocheters/Handcrafters (you are welcome to copy...considered a compliment).
~Family and Friends...made with LOVE for YOU.
~For Myself...made for the Love of Handmade, the Love of Fiber and the Love of Creating! 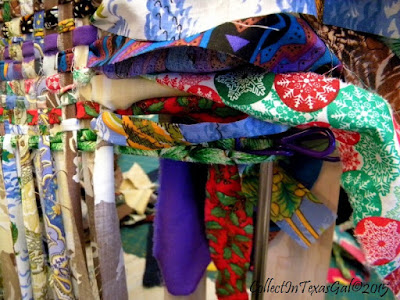 When one 'Rag Rug' comes off LibbyLuLa, she doesn't usually sit naked for long.  Long being less than a few hours before she is warped up and ready for her next dressing.  Not the case since I pulled off a Christmas Table Runner about ten days ago.  Does that mean I am losing my looming enthusiasm?  I should say not!  It's just that I got lured away from the loom by these.... 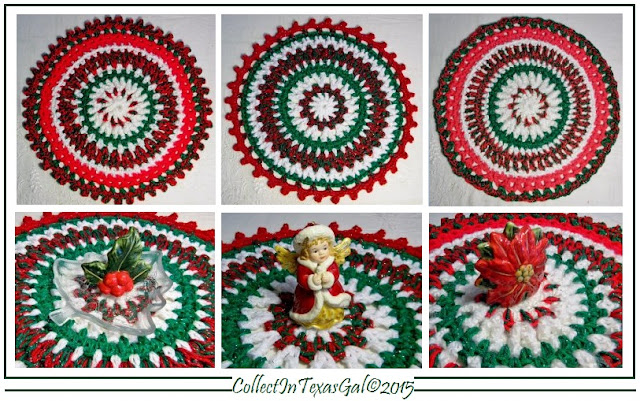 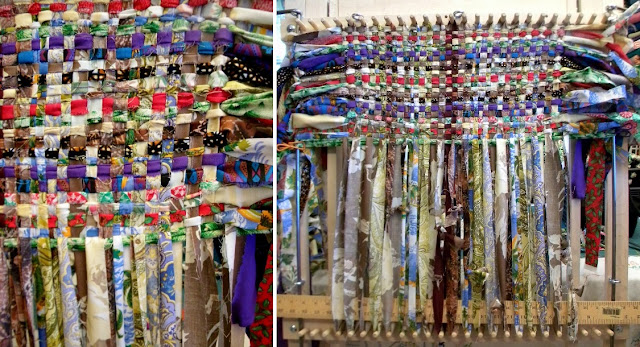 Yesterday morning we had our first frost.  I felt bad about not at least dressing Libby in a warm warp before the cold front hit so to the 'Rag Bag' I went.  I've been thinking about 'Simple Weaving' as a change from Twining and Libby agreed that she is as versatile as I need her to be. 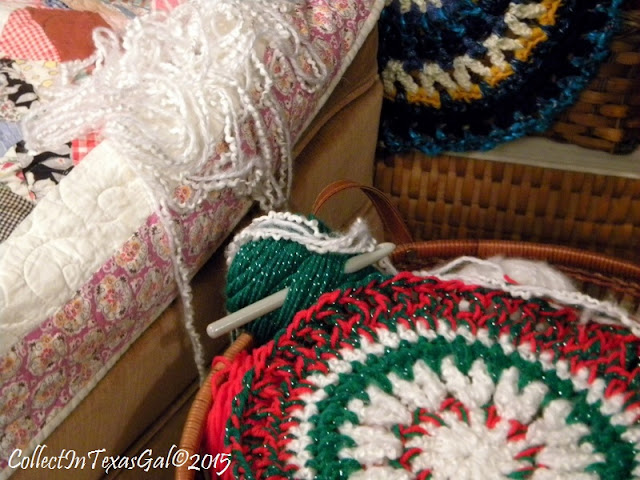 At least I am consistent as this Novembers posting numbers are right in line with past years of blogging.  However, I'm not going to over analyze why this is so...I'm just going to accept it and go on.  It does, however, make me stop and think about how blogging has changed since I started in 2009.  Maybe I will over analyze that thought in a later post.  For now...my best slacker excuse is.... 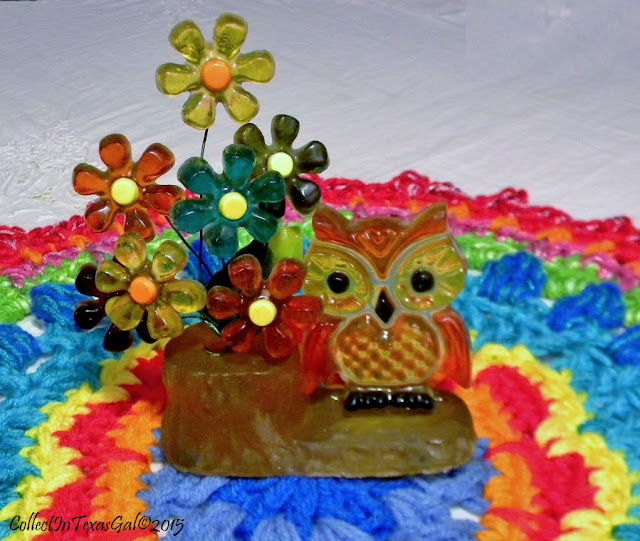 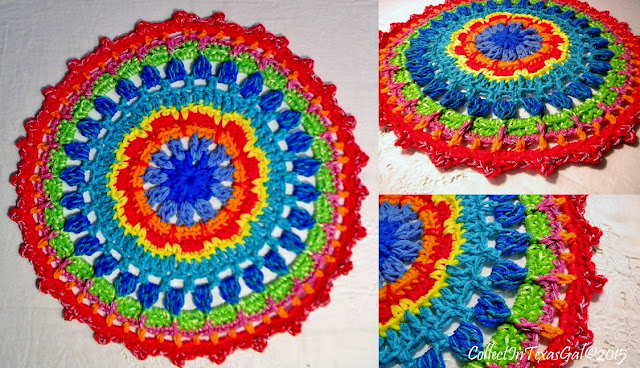 
So, during this month of Thanks Giving...I am thankful to have...
~MMXV's yarns and hooks for materials.
~Pinterest and Google for inspiration.
~Facebook and ETSY for promoting.
~Paypal and Square for payments,
and
The know how to decipher
MCM to 1900
MCMXLIX to 1969
MMXV to 2015.
Posted by Sue McPeak at 11/10/2015 4 comments: 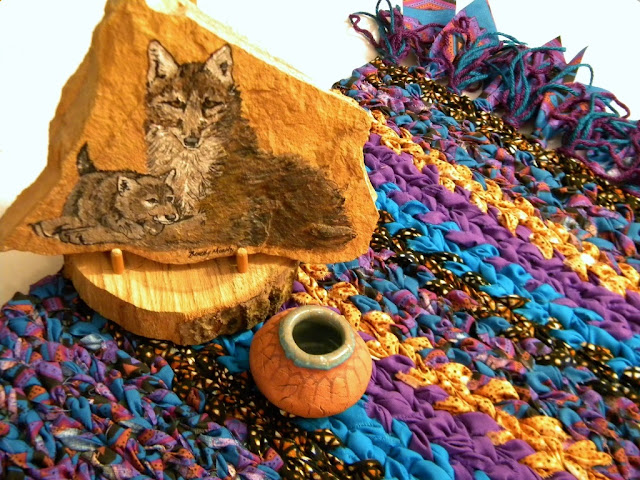 It is First Saturday at The Chicken Farm Art Center this weekend. Come see my new Twined Rugs/Table Runners and Crocheted Mandala Table Mats along with Quilts ...and Fleece Blankets. I will be in the back parking lot under the Pink Tent...opens at 10:00 am. What doesn't sell this weekend will be listed on CollectInTexas Gal Blog and ETSY Shop. (posted on Facebook CITexas Blog and ETSY Shop)

Hello CITexas Gal blog readers,
Yes, I have been busy since my last post on November 1st...getting ready for the first show of the Christmas Shopping Season.  Several new Twined Table Runners will be in my booth, including this one hot off LibbyLuLa Loom.  Don't you just LOVE these Southwest Colors? 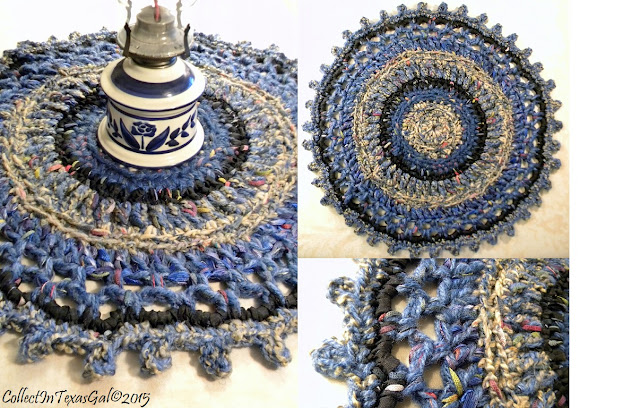 'Colonial Mandala' will also make the show along with the others I posted earlier here on CITexas Gal.  Okay, gotta go and put the finishing touches on all this 'Priced to Sell' stuff.  Yup, I'm working on letting go and the notion that everything I make is not 'Priceless' and does not have to be saved for future generations...(eyes rolling).
Posted by Sue McPeak at 11/06/2015 3 comments:

Bountiful Mandala...A Circle of Thanks 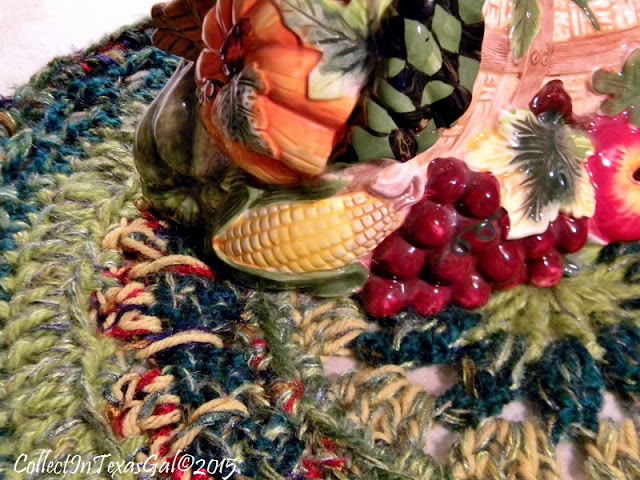 'A Circle of Thanks' is so named in keeping with the Native American Mandala theme...this one being #3.  The history of Thanksgiving has been written and orated since the first Thanksgiving in 1621.  No matter one's opinion on the Plymouth Thanksgiving, all can relate to 'For Our Blessings We Give Thanks." 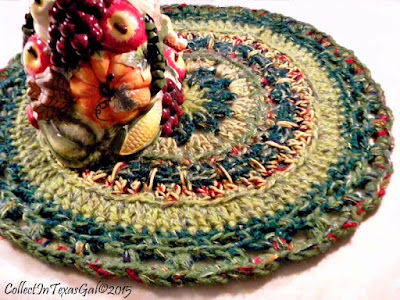 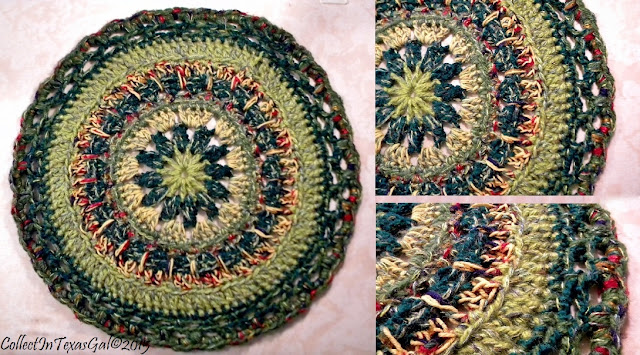 The name 'November' is believed to derive from 'novem' which is Latin for the number nine.  As part of the seasonal calendar, November is the time of the 'Snow Moon' and the period described as the 'Moon of the Falling Leaves'.  (excerpt written by Black Elk)
Welcome November Moons!
Posted by Sue McPeak at 11/01/2015 3 comments: