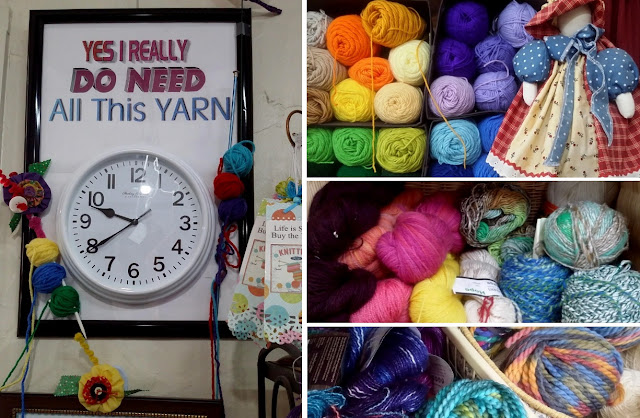 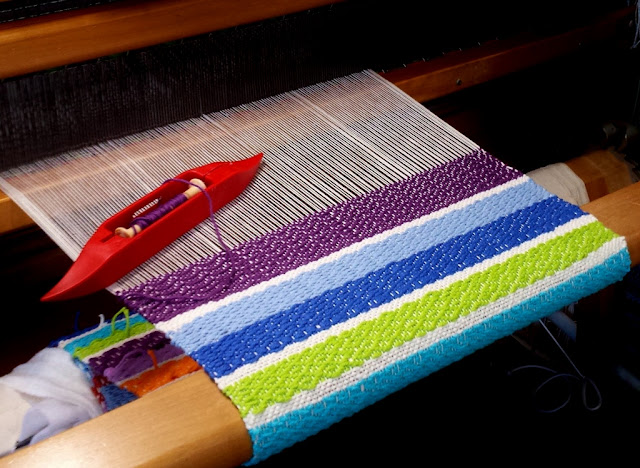 If I failed to mention in the May Pattern Weaving Posts that the WARP is (white vertical threads) 8 yards long...then I'm telling you now...and WOW...that makes for a lot of weaving!  It's all good though!  I have been able to complete the entire 16 pattern sequences of the Rose Path Sampler Project and still have at least 3 maybe 4 yards of warp left. 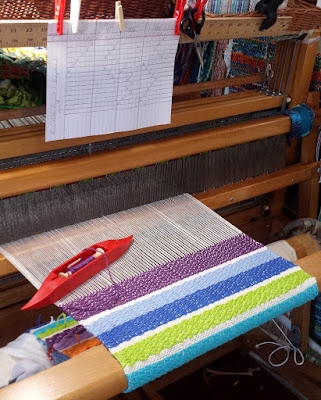 I'm learning a lot about drafting/charting both the threading and treadling patterns.  So let me say from the get go that I am a very visual and hands on learner.  With that said, you can imagine my visual brain sorting out the math calculations for figuring, well...all that math stuff.
So 'Charting' it all out and focusing on numbers and rows is good for the brain...or so they say for anyone, but especially for Seniors.
Wow, that's a category my brain is still wrapping it's self around.  Still....glad to be able to say I fit that saying...It's never to late to learn new things or the old dog...new tricks thingy.
It's a good thing that my loom only has 6 treadles.  Some have as many as 8 and 12....to much math for me...right now at least.
So, another new thingy for me is the 'Boat Shuttle'.  I ordered 3...red, blue and yellow.  That's it there on the loom with purple yarn on the bobbin.  What a difference it makes in speed and tension.  Right tools....ya know! 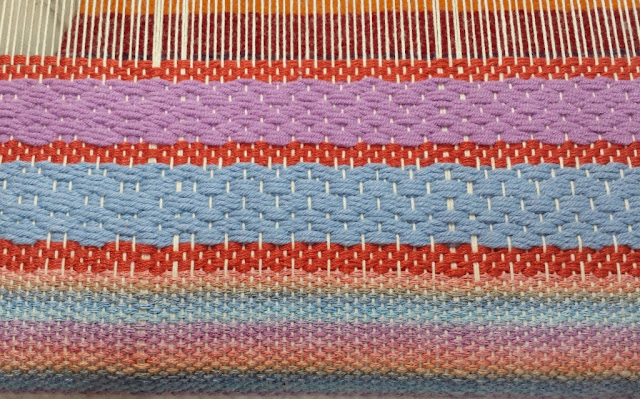 This Pattern gets a BIG STAR marked on it for future use.
It's been my favorite in this Sampler Series....well one of my favs!
Happy June, Ya'll.
Posted by Sue McPeak at 6/02/2019 2 comments: