Happy Tuesday Ya'll...January 17, 2012.
Normally I let Blogger Post the Date on My Posts, but this is not a Normal Month-Week-Day!
Watch It Now...I know what your thinkin'!
'What's NORMAL for Sue...makes SyFy look like Disney!
Anyway...I really do have Some Really Normal Stuff to discuss with Ya'll.
Starting with...

Adding Fuel My Blog has given me an InterNet Site with Specific Resources to Blogs that 'Talk/Post' about Stuff that is Specific to Me and CollectInTexas Gal...like a Healthy LifeStyle through Cooking and Baking Gluten Free.  I'm so very glad to SHARE these Sites with you...their Links are on the SideBar...Fuel My Blog Foodies.  BTW...you don't have to be a GF'er...there's BooCoo's of Healthy Living Recipes and more on these Blogs....I've checked them out for Ya'll.


Watch for My 'Fuel My Blog Photographers' list...coming soon!


Here's the deal, Ya'll.  I spend BooCooTickers
(that's Texas for 'lots of time sittin' on my Booty in front of the PC)
Bloggin' and Communicating with Family and Friends!
Soooo...I decided to Monetize CollectInTexas Gal.
But...in such a way that I share with you 'People-Places and Things' that
I Know....Have Researched...Have Used...Wish I Had
and so on...like The Kindle Touch!
I'm sooo excited...HiHoney ordered it for me!
It will be here on January 20th...my
BigOl 65th Birthday!

You will also notice the addition of ...

Again, added as a Public Service Announcement for Ya'll.
Just callin' A Spade A Spade! 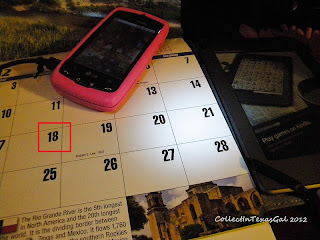 I hope Ya'll will come on back Manana..tomorrow...January 18th!
More on MakeOver!
Here's some Texas Trivia from my 2012 Texas Monthly Calendar!
The Rio Grande River is the 5th longest in North America and the 20th longest in the world.
It is the dividing border between Texas and Mexico.
It flows 1,760 miles from the southern Rockies of Colorado to the Gulf of Mexico.

It's TACO TUESDAY at 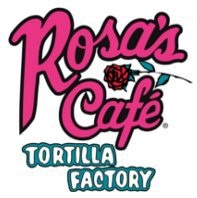 Rosa's Cafe is a Mexican food restaurant chain in Texas.
The first Rosa's Cafe opened in My Hometown
San Angelo, Texas in 1983.

HiHoney and I LOVE Taco Tuesday!
Join Us There Today!
Corn Tortillas are Gluten Free!
Maybe Rosa will see my Plug for her, and I'll get a
FREE Taco Plate!
Posted by Sue McPeak at 1/17/2012

Sue glad you explained the new additions to your blog. hugs, Linda

Hmm...not sure I get it all but I'[m a little slow on the uptake sometimes. I'll be back!

I should be knitting but what am I doing instead?! surfing the links you have to some yummy looking recipes! lol

Hmm this sounds like an interesting way to find things that fit you. I am wondering if it would get me into more trouble with more things to look at!! Pinterest is my latest obsession!

Come by and sign up for my fun giveaway!