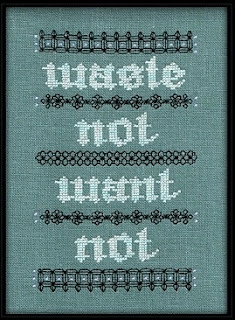 Good Mornin' Ya'll,
I just refilled my 'Cuppa' and of course dumped in an extra swoosh of French Vanilla/Hazelnut/Amaretto Creamer....that's my own blend ya know. It's called 'ScrapCreamer'.  It's somethin' I do so as to Waste Not Want Not!

I don't know where that 'waste not want not' thing comes from.   Mama didn't make a point of pointing that out...at least not in so many words...more so in actions.

Her kitchen was a Waste Not...PayDay's a Week Away kinda kitchen.

She could stretch a 'Fryer' farther than the road from here to Dallas...and that was a long way from Mama's kitchen.  Fried Chicken was a Sunday Special with mashed potatoes and cream gravy, corn bread and banana pudding.  Every item on that menu was a result of some part of that Stretched Fryer...except for the pudding. 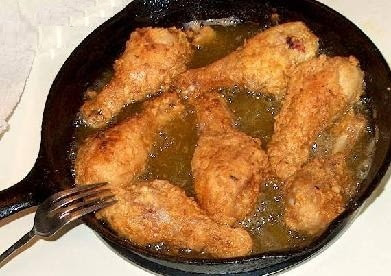 If you are from that era of 'Waste Not...Want Not' then you know what I'm talkin' about.

For instance...The Fryer...it was the Whole Chicken...bagged with skin, layers of globby fat and guts...pretty much everything but the head, feet and feathers.  I know you are dying to know how I know so much about Fryers.

Let's just say, I was the butcher!  I can still hear Mama sayin', "Sue, you are butcherin' that Fryer.  Pick it up off the floor and hold onto the leg.  It's a knife, not a saw...here's a bandaid!"

My other Fryer related skill was 'Stirin' the Gravy!  We....Mama and I fried chicken in a huge Cast Iron Skillet that lived in the bottom pullout drawer of the stove where no other pan dare go!  It was black, it was crusty, it was heavy, and it was known as 'The Monster Skillet'!   Once it was wenched up on the stove, loaded with Crisco then with the battered...my butcherin'-mama's eggNmilk...and floured pieces, I became the official Chicken Fryer Turner.  A title and job I did not relish!  The Monster Skillet did not approve of my 'Fryer Turner' skills and invariably Spit Hot Crisco on my already injured hand...so now I have a glob of medicinal butter to go with the bandaid. 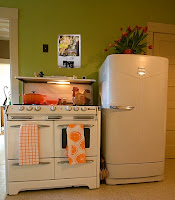 That was in the late 1950's...I can remember it like it was yesterday!

What lessons did I learn while standin' over a hot 'Crisco Spittin' Monster Skillet?

How has Mama's Bagged Fryer choice changed my shoppin' for  Fryers?

How do I Fry Chicken and make Gravy like Mama did Back In The Day without Crisco and Wheat Flour? 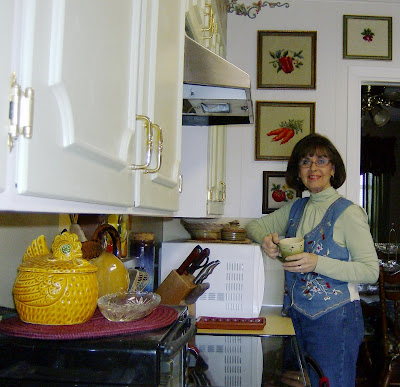 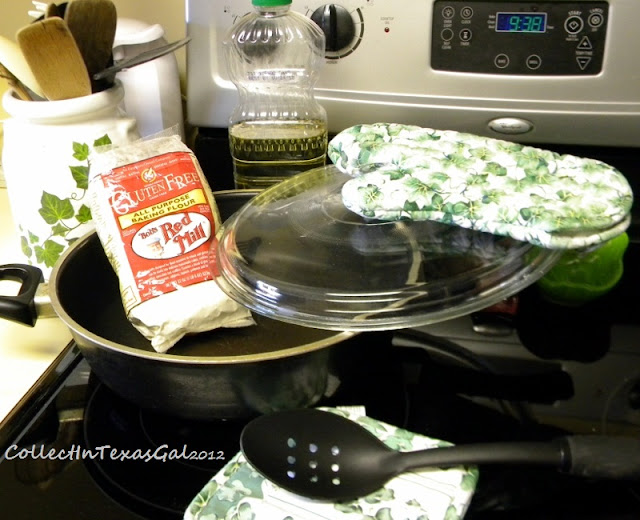 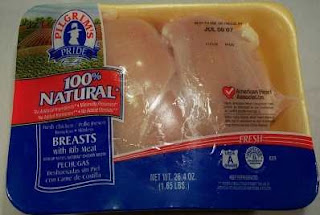 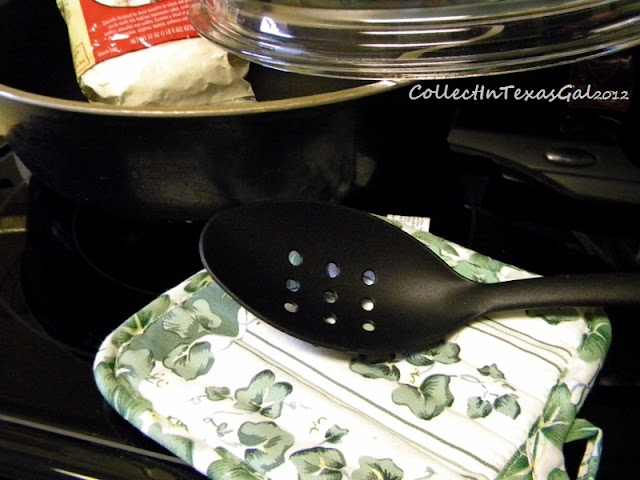 I am My Mama's Daughter....A Waste Not - Want Not Chicken Fryer!
I Stretch those Chicken Parts nearly as far as Mama did.
To show you just how far that is...I'm going to reveal the
Secret to
Mama's Waste Not Want Not Creamy Gravy!
It's not the drippings and crispy batter chunks left from frying!
It's not the flour, salt, pepper or the milk!
It's definately not the 'Monster Skillet'!
It's not the slow constant stirrin'...of which I am an expert!
It is
The Holey Spoon!

Fun post! What did I learn? That I haven't had fried chicken in a looong time and need to correct that! Happy Weekend Sue:@)

I can relate very well to your post today. We definitely were raised not to waste food and I still believe that today. We could not leave the table until we cleaned our plate. So much food, as well as other things, is wasted these days.

Who knew, the secret is in the spoon.

I've been doin' it wrong the whole time?! I gotta use my "holey" spoon to make gravy!
Although, my way of making fried chicken is to go out for it, lol.

I wasn't born until the 70s but I definitely grew up in a "waste not, want not" household. My mama is from Louisiana, so you can imagine that in her sweet southern accent.

I learned from her to use cast iron and still do so. And guess where we keep ours? You guessed it -- bottom drawer of the stove!

Your momma and mine could have been sisters or cousins. My mother fried the best chicken and made milk gravy with the crispy drippings. Her secret? A vented splatter lid. And I hunted high and low for one and finaly found one. And I no longer use the Crisco either.

My fried chicken comes close but just isn't my mother's. The lid makes a big difference in not drying out the chicken.

Was that a pic of your mom's kitchen? That Gluten Flour looks expensive. ~Ames

The holey spoon? For me there are 2 secrets to making good cream gravy. The first: don't give up on it when it appears to be a big glob. The second: Use a whisk. Love this post, Sue. ~Cheryl

Hi Sue!
With our big family, we ATE all the food. We never had leftovers!
My granny was the waste not want not queen and I was fascinated by her thrifty ways.
That little kitchen is so cute!