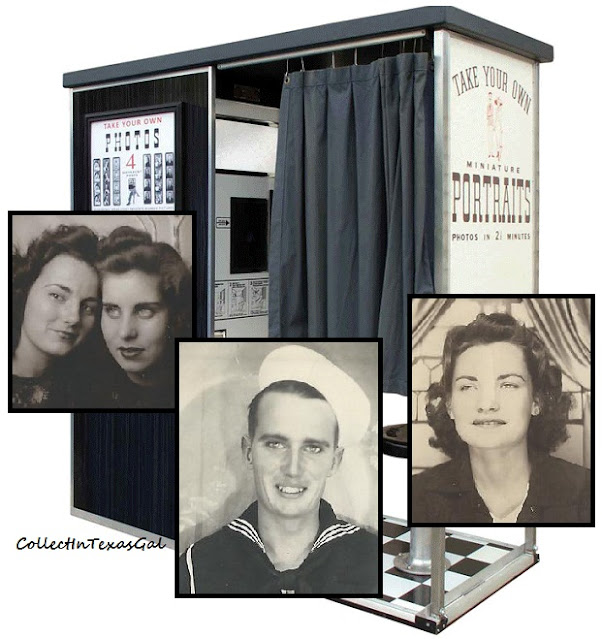 The Photo Vending Machine has been around for awhile.
The modern photo booth appeared on Broadway in  New York City in 1925,
and for 25 cents, the booth took, developed and printed 8 photos in about ten minutes.
In the first six months, 280,000 people sat on the stool, drew the curtains and posed.
The Photomation Company was created to place booths nationwide. 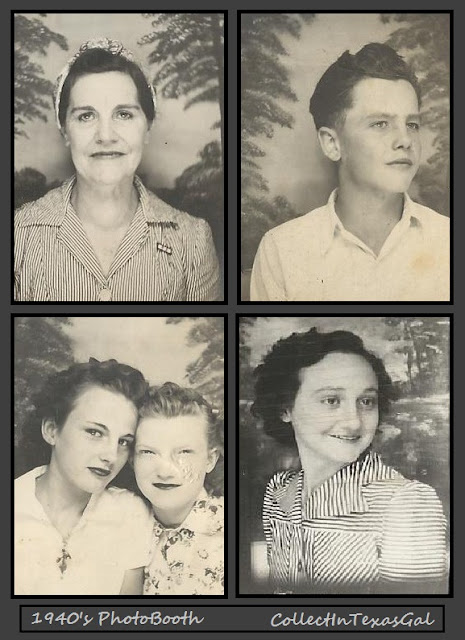 In 1940, my Grandmother Minnie....that's her in the top left photo, must have loaded up the kids and some of their friends for a trip to Town.  It would have been an all day affair and really big deal...as they lived on a farm several miles out of Adair, Iowa.  That's my Uncle Eugene in the top right photo....he was sixteen. 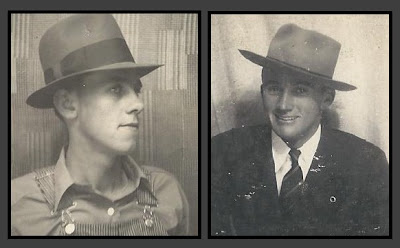 I get a kick out of this Photo Booth picture of my Uncle Leon.
He went to Town in his everyday overalls, and decided while he was there to buy a new hat.
So why not get my picture taken!
In comparison, another relative got all dressed up for his 'Mug Shot' in his stylish 1940's hat. 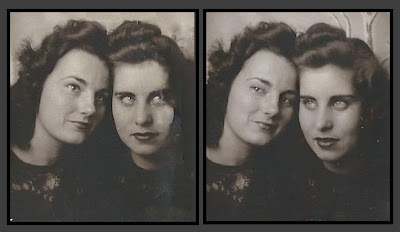 These Photo Booth pictures are from my Mother's 1940 Years Album.
My favorites are these of Mom and her BFF...Best Friend Forever.
They came to Texas together in about 1945.
I'm sure glad they did....Mom met a Texas Sailor. 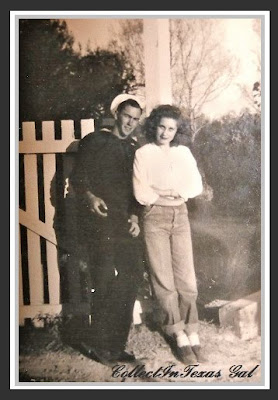 'SMILE'...You're In A 1940's Photo Booth written in support of the
1940 US Census Community Project
Upon it's release, the 1940 Census Community Project, a joint initiative between Archives.com, Family Search, findmypast.com and other leading genealogy organizations, will coordinate efforts to provide quick access to these digital images and immediately start indexing these records to make them searchable online with free and open access. 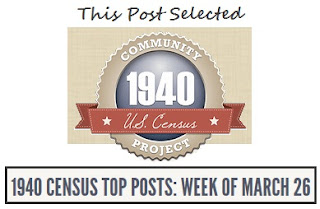 You have some really handsome realities there - I remember them from the 1960's. sandie

Sue you are so amazing creating this beautiful family history! I am always happy to stop by and glad to know such a swell gal! Happy weekend! Anne

I love those photos!
conniemarie

Sue, what a wonderful post and you are so blessed to have these photos of your family! Photo booths have made a big comeback at weddings..Carl and I posed in a photobooth a couple years ago at a wedding, it was fun and brought back memories for me of when I was a little kid!
Great post, and good to see you!
Barb

Love the post, what wonderful pictures. They kind of show the real person.

Tommorrow is the day!!