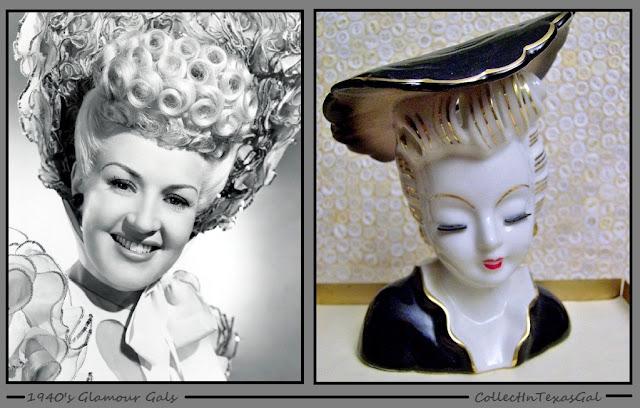 Elizabeth Ruth 'Betty' Grable
December 18, 1916 - July 2, 1973
I'm sure you recognize Betty from her photo,
but would you recognize her as the model for a popular 'Floral Head Vase'?
Betty was an American actress, dancer, singer and the Number One Pin-Up Girl of the World War II era.  She began her Hollywood career in the early 1930's and rose to stardom in the early 1940's in A Yank In The RAF, a World War II film that was her first serious leading role in a major Hollywood film. 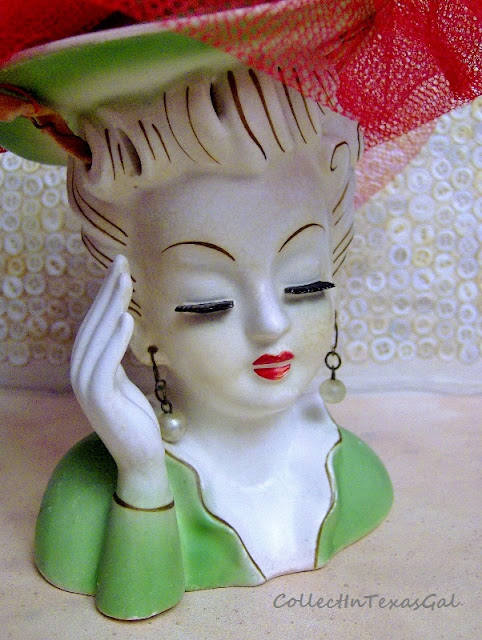 Lady Head Vases, originally a container for floral arrangements, have become a popular Collectable.  Vases in the shape of beautiful and famous women had their beginning in the 1940's and were produced through the 1950's, 1960's and 1970's.

My 1940 Head Vase Collection consists of these two Glamour Girl Vases modeled after Betty Grable.  The rest of my Collection is from the 1950's and 1960's....here are a few of those. 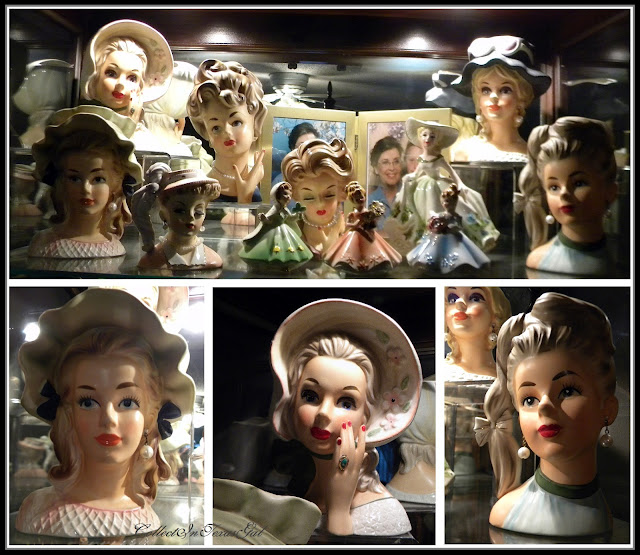 And now for more on the model for the 1940 Glamour Girl Head Vase...Betty Grable.
Elizabeth Ruth Grable was born to John Conn Grable and Lillian Rose Hofmann in
Saint Louis, Missouri, and was the youngest of three children.
Betty Grable Memorial on Find A Grave
Betty Grabel on Wikipedia

I'm looking forward to finding out the Where's and What's about Betty Grable
in the soon to be released 1940 US Census.
The 1940 Census will be her Third appearance in the Census Records.
Wouldn't it have been fun to be 'The Census Taker of the Stars'?

Collectin' The 1940's...Glamour Girl Head Vases written in support of the
1940 US Census Community Project
Upon it's release, the 1940 Census Community Project, a joint initiative between Archives.com, Family Search, findmypast.com and other leading genealogy organizations, will coordinate efforts to provide quick access to these digital images and immediately start indexing these records to make them searchable online with free and open access. 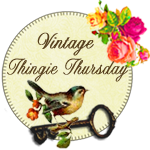 2 days!
What a great collection of vase heads! I use to have some years ago when I broke my arm, one had drop pearl earrings. Wish I could of kept them.

these are SO much fun! your collection is fabulous, thanks for sharing.

Sue, you know I adore your head vases. I'm still saying that one of these days I will treat myself to one.

You've got pink here. I hope I see you for Pink Saturday.♥

I've always thought the head vases were so romantic. I don't see them that often and when I do they are out of my price range.~Ames

You have a gorgeous collection! I didn't know they used Betty Gable as an inspiration! Hugs, Linda

I've seen those very head vases, but never once realized they were modeled from Betty Grable! It all seems so CLEAR now!

Sue, these are so sweet . . . I remember many of these head vases! What a wonderful collection to have.

I love the beautiful photos and the wonderful information you share! My mom had one of the vases and so did my aunt! I am sad! I never saw those after they passed away! :(
Your collection i delightful.
Have a beautiful weekend!
Anne

I have always love these vase but I don't own a single one :( Your collection is really nice. I had no idea that Betty Grable was a model for these, how cool is that! Have a great weekend, Nan