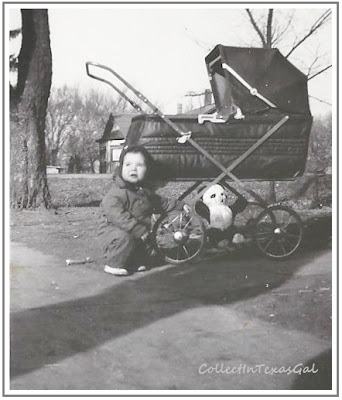 There are advantages to being First Born.

First and foremost...You are Forever your Siblings Boss.  It is written...somewhere...that as the First Born, you are 'The Boss'.  My Siblings know and understand this Decree of Birth Order!

I would have been a very good Only Child, but One Year, Two months and Six days after My Birth,I got a Brother!
Right from the get go, I didn't much like him.
Because of him, MY milk source changed.
Because of him, I became a 'Bottle Snatcher'.
Because of him, I got a Potty Chair and Big Girl Panty's.
Because of him, I did not have MY Mama's undivided attention...
...until I learned to say 'Potty and Poop'.
Because of him I became a 'Sister' on March 6, 1948. There was plenty of room in the Buggy for us both, but I'm sure I did not Share The Bear.  Our mode of Transportation from 1947 through the early 1950's was varied.  After the buggy... 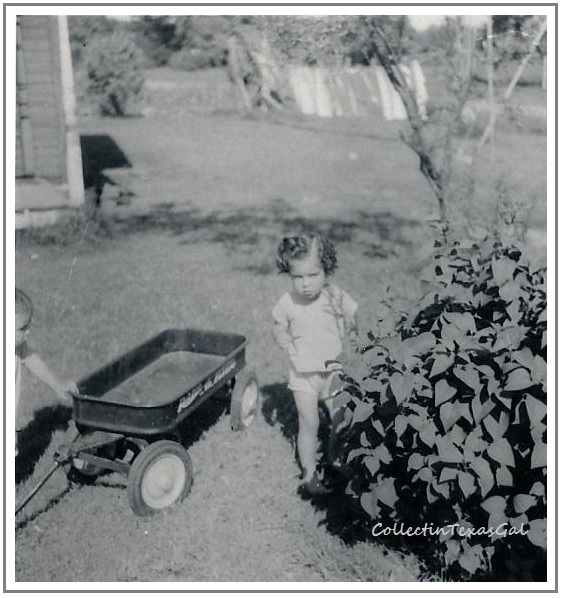 .....I did, however reluctantly, share OUR 1940's Radio Flyer Red Wagon.  In the 1940's, the Radio Flyer company was asked to switch production from toy wagons to helping the war effort.
Which they did with the creation of 'Blitz Cans' in support of the Allies.
The History of Radio Flyers 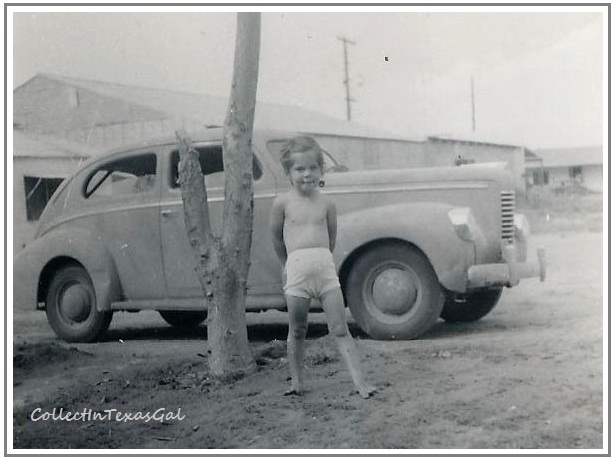 Why is it that parents feel compelled to take pictures of their children wearing nothin' but their 'Big Girl Pantys'.  I'm pretty sure my Mama was not taking a picture of the 1940 Pontiac and I just got in the way. This photo has been a source of embarssment to me my whole life, and I can't believe that some 60 years later, I'm showing it to the Whole World Wide Web in support of the 1940 US Census Community Project. 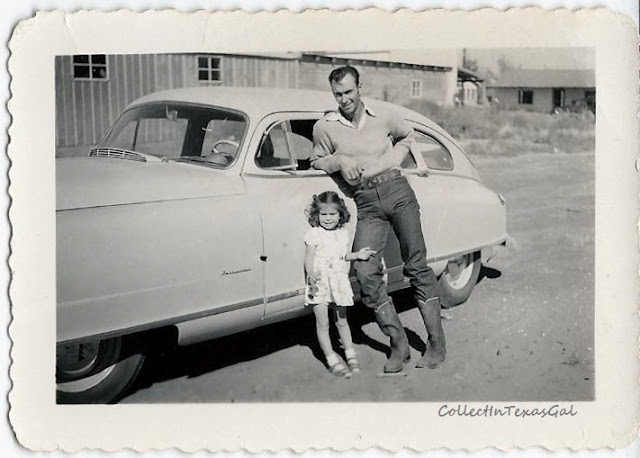 I have joined the Project as an Indexer and Ambassador in honor of my Dad
Willard Carroll Pittman
March 14, 1927 - April 1, 1988
US Navy 1946-1948
Whose first form of Transportation was a Donkey
Two Boys and A Donkey Makin' Tracks Down A Dusty Road

You, too, can support the 1940 US Census Community Project
by volunteering as a 1940 US Census Indexer.
On April 2, 2012, NARA will provide access to the images of the 1940 United States Federal Census for the first time.  Unlike previous census years, images of the 1940 Census will be made available as free digital images.  Upon it's release, the 1940 Census Community Project, a joint initiative between Archives.com, Family Search, findmypast.com and other leading genealogy organizations, will coordinate efforts to provide quick access to these digital images and immediately start indexing these records to make them searchable online with free and open access.

Promoting particiaption in the 1940 US Census Community Project.
“As part of the1940census.com ambassador program this blog post enters me into a drawing for $50 Gift Card on Amazon.com." 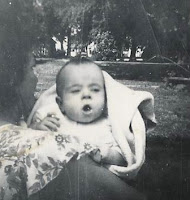 Oh honey, your dad was a hunk and a half! Just look at him in those skinny jeans and boots!

Hi Sue! Great post and photos! You share such nice bits of history, and I always enjoy visiting here
The ladies have been quilting and making squares. I have just spoke to my co worker/friend Koko and she thinks the family would appreciate the quilt no matter what the future holds.
I went to the link you gave and sent an e mail, no response yet but I am sure it can get busy! Thanks for everything and have a great weekend! It is nearly here! Yea! Hugs Anne

I enjoyed going back in time with you and family. Being first, means the others get hand-me-downs. I was the first in my family.

I signed up to help index too! I can't wait till it comes out.

I loved your pictures..now I think I will become your newest follower!

Loved this post and now I'm a new follower. I'm going to pass this info to my son who started working on our family tree about four years ago. I had a panda bear exactly like the one in your picture and hadn't thought about it in years. I was also a first born who had to share a stroller with my brother. I have a picture of him sitting in the comfy seat and me riding along in the back looking very uncomfortable.

LOVE this post! I especially like the expression on your face in pic with the wagon. Re: your brother....it could have been worse. My mom had twins!

Great post and stories (I couldn't see the pix for some reason). Got to love those parents who have to take the panty-shots! :>)

What wonderful old photos! Loved the stories you included with them, too. I think we have a picture of my mother (also a '47 baby) identical to the one of you in your 'big girl pantys", save for a slight change in car model. And, hey? My family are WV Pittmans on my maternal grandmother's side. Distant cousins? Could be! =)

Such a charming post and photos! Thank you so much for telling us about the census project.