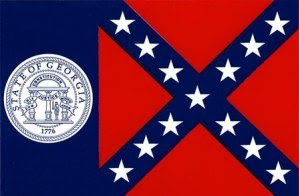 Rene Marion Pittman served in the 7th State Guard Volunteer Infantry Regiment of Georgia, and enlisted as a Sargent in Company K at the age of 49 years on May 31, 1861. (documented in US Civil War Records and Profiles).


The 7th Georgia along with the 8th, 9th, 11th, and 59th made up Gen. 'Tige' Anderson's Brigade in Hood's Division of Longstreet's Corps. The GA 7th Infantry Regiment was formed in May, 1861, at Atlanta, Georgia, and in June moved to Harpers Ferry,Virginia. Assigned to Colonel F. S. Bartows Brigade, Army of the Shenandoah, it was active in the fight at First Manassas. In April 1861, the regiment had 611 effectives and served under the command of General G. T. Anderson until the end of the war. It participated in the campaigns of the Army of Northern Virginia from the Seven Days Battles to Cold Harbor, except when it was detached with Longstreet at Suffolk, in Georgia, and at Knoxville. The 7th was not involved in the Battle of Chickamauga. It was active in the long Petersburg siege south and north of the James River and later the Appomattox Campaign. (From:  The War for Southern Independence In Georgia)

Good morning Sue, I have been thinking about you all week. My cousin Marilyn is here and we have been running the roads like crazy. We are close to the same age and have been like sisters for many years. They leave on Weds. This morning I find myself with some time to play on my computer. Your visit was a welcome sight so here I am. I am catching up and ready for a good read and your posts are a very good read. Smile!

Sue this is such a wonderful idea! (I've found quite a few things on Find a Grave! Interesting site!)
Best,
Anne