Cussin' The President...Cause of Death 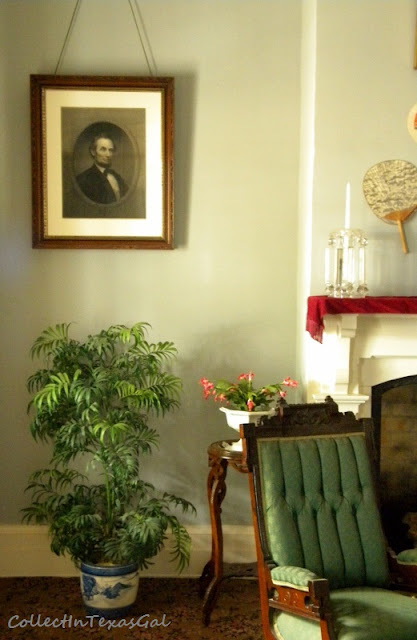 'Bloody blazes, I'd rather die than see that boot-lickin' Republican Abe Lincoln as President."

Right then and there my 3X Great-Grandfather Issac Howell dropped dead!

Or so the family legend says...and as MFG (My Family Genealogist) I'm on this 'Historical Tid-bit' like 'Stink on Crap'...crap being an acceptable and widely used word in the 1860's....really!

The 'S' four letter word was considered highly vulgar and certainly not appropriate coming from the Great Grandaughter of a Southern Gentleman and Georgia patriot.  So I won't say S*%+.

It was November 9, 1860, the day Issac Howell dropped dead...just four days after Abraham Lincoln had been elected President on November 6, 1860.

Now, I'm not much of a 'Polictical Analyst', but seems to me that the Democrats shot themselves in the 'Boot Lick' from the get go.  I can just imagine my GGGreat Granddaddy's words concerning the Northern Democrats and the differences in Party Platform Issues that seperated the North and South Democrats.

"What the 'dickens' are them 'Damn Yankees' thinkin'!
Those 'cussed' fools have split us right across the Mason-Dixon over the Territorial Legislature's powers."

By now, Ya'll, are probably a bit confused about what this post is really about.  That's okay, cause when I read all this 1860 Pre-Civil War stuff and how it affected the 'Life and Death' of my Ancestor, I got so excited I didn't know whether to wind my fanny or scratch my watch! 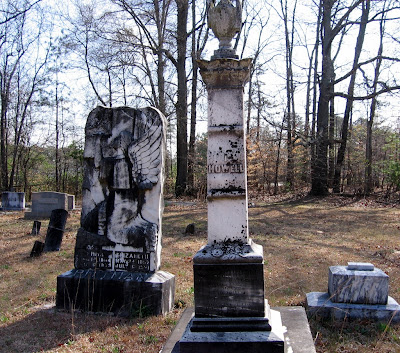 The Howell Family Cemetery is located in Marietta, Cobb County, Georgia.
The Howell Cemetery was established in 1860 with the death of Issac Howell.
There are ninety-nine Howell/Pittmans and their relatives buried there including
Rene Marion Pittman and Mary Anne Howell Pittman
(my GGreat Grandparents...their story...Rene Marion Pittman - Notable Ancestor)

Bet Ya'll thought it was going to be about....

Comparisons between the Presidential Race of 1860 and 2012.
Georgia's Blue and Gray Trail...The Election of 1860
MSNBCer: GOP appeals to 1860 'segregationist past'

For me...It's All About Family and History!﻿

How neat! I am a contributor of several of my family grave sites in Florida and Kentucky on Find A Grave. ~Ames

thanks for visiting my blog. I am glad you left the name of your blog so I could find you. When I clicked on your link next to face my norton protection blocked the pop ups. But I am here. I will look around a bit
grace
myfamilyrootsrundeep

I still have to show my hubby your Green-kin. His family of Green(e)'s came from Dirttown GA & we have a vast genealogy on them.

Have a great week ~
TTFN ~
Marydon

Mother's cousin did a lot of genealogy for her side of the family. She really enjoyed some of his lively findings! (eg We're descended from a monk) But her own version of genealogy tended to be any conversation she had with anybody. In about 15 minutes, she'd have figured out how she was related or knew friends of - anyone. I'm surprised she didn't find a way we were related.
Signed,
Cousin Pam

LOL love this! Glad I stumbled on your blog.