The Rattlesnake Whisperer and The Sidewinder Rider 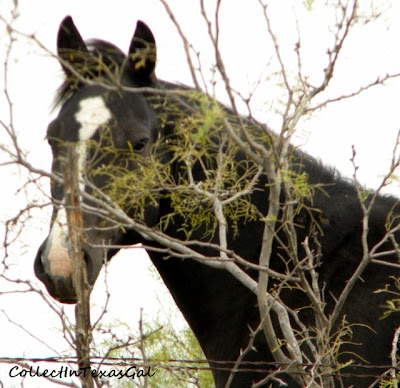 The days passed into weeks and the weeks into months, and as time had a way of doing, the months added up to a few years since Bob Offield* had seen Willard and MD. Those Pittman boys were the closest folks he could call family.

“Lordy, how I regret losin' Martha Jane*.  We should have worked out our differences,” Bob thought as he sat rockin’ on the same porch where Willard and MD regularly stopped to tell him about their school day.  “Yep, those two rowdy boys growed up purt near right before my tired ole eyes.   I reckon Chappo* misses those two broncs, too, livin’ by hisself down there by the ‘Ditch’.”


Last he’d heard MD joined the Air Force. Now that was somethin’ to think about. Air Force. It taxed his mind to understand them new fangled flyin’machines.  He marveled at the planes flying overhead as they took off and landed at the Rattlesnake Air Field* over in Pyote. “Why, I remember the days when the only thang flyin’ over hot dusty West Texas was buzzards,” he mused as he looked to the sky.

Down the dusty road a mile or so before crossing the ditch, Willard wondered if ‘Old Bob’ would be porch sitting. It had been six months or more since he’d had a day off from the Wristen Ranch*, and today he was on his way home. Sure enough, ‘Old Bob’ was on the porch sittin in the same old chair, looking at the sky. As soon as Bob saw the cowboy, his hand went up in greeting and he leaned heavily on the arms of the rocker as he stood to meet Willard at the edge of the porch.
Git down from that wild lookin bronc, Willard, and I’ll fix us something to drink. Thanks, Bob, but I just came from *Grandma Elsey’s, and you know how she can fill you up on pie and coffee. “Well, then have a sit down and catch me up on what’s happenin’ at the ranch. How’d you git a saddle on that twistin son-of-a-gun ole bronc,” he asked as he lowered himself back in the rocker.


"He’s a might more accommodating since Gid* had a talk with him about his buckin’ habits,” Willard laughed as he flipped open the flap of his Sunday white western shirt pocket and pulled out the bag of Bull Durham. Offering Bob a smoke and a light, he recounted the psychiatry session Gid had with the bronc. 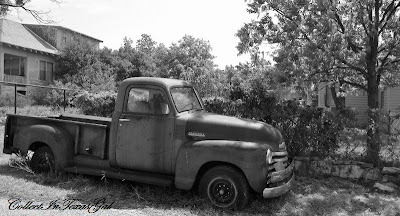 This dang bronc has thrown every cowboy on the ranch including me more than once. We were one more pitch into the dirt away from sending him out to pasture, when Gid* drove up in that old truck he’s so proud of.   He asked us if that sorry mount was too much horse for all us broken down bronc busters. A couple of the older wranglers swelled up and said they’d have the black devil broke before the week was out.  Gid looked me over as I was knockin off the dirt, and commenced to walkin' toward the snortin' stallion.  He began talkin’ real quiet and soothin’ like, all the time inching closer to the horses’ head.


We was all gettin’ a spot on the corral fence thinkin’ we’d be seein’ that ‘Old Man’ hit the dirt like the rest of us had done tryin’ to break this black beauty. It was somethin’ to see, I’ll tell ya that. That horse was bewitched or somethin’. He never twitched a muscle as Gid stroked his neck and talked in his ear. I had a hell of a time getting the saddle on him not an hour earlier, and there he stood as docile as an old broodin’ mare after pitchin’ everyone of us in the dirt. 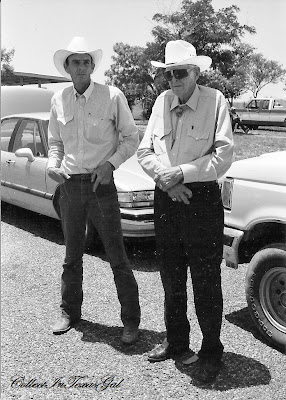 In no time at all, Gid gathered up the reins, and handed them to me and said he guessed that the Black Devil was just the horse for me. I’ve been riding him ever since, but anybody else gets near him with a saddle and he goes to pawin’ the ground.  Bob nodded his head and said, “Yep, I seen Gid do the same thang once when he was a young man over in Fort Stockton. It shore enough gits you thinkin’ bout man and his relationship with Gods creatures. Did you know that ‘Old Man’ has been known to have live rattlesnakes under the seat of his old truck? I seen it once myself or I wouldn’t have believed it. Gid said the rattler found it's way into the truck one day while he was on a surveying job over by the Pecos River.  He guessed it’d git out when it got to where it was goin’.”

“Yeah, I heard that story, but I’ve never seen any rattlers in there, and you can bet your life I look before I step into that Old Man’s truck. Daddy told me that when Gid was a young boy, an old woman gave him the Mystic Power, and when he died he should pass it back to a woman. Kind of interesting to think about…the type of woman that would cotton to a thing like that. I don’t guess it would be one of his own, since he never married.


The black stallion started pawin' the ground, and the day was getting on into evening when Willard said, “Guess I’d best be getting on down the road, Bob.   Dad should be home from riddin' the ditch.  There's enough daylight left for us to  have some supper and talk awhile before I have to get back to the ranch. We got a couple of dozen wild broncs to break next week, and I don’t think we’ll be able to count on Gid to be there to do any horse witch-docterin’.”
Bob, slapped his knee and said, “Speakin of Rattlesnakes, I heard MD joined the Air Force. Is he trainin’ to drive one of them‘Flyin Contraptions’ over at the Pyote Rattlesnake Base?” As he stepped in the stirrup, Willard said, “Naw, Bob, MD joined the Army. He’s trainin’to march and shoot one of them bolt-action rifles. I doubt he’ll be shootin’ Diamondback Sidewinders where he’s goin’.”
Well, I’ll be dogged, I was jest thinkin’ bout you two boys as youngin’s, and how ya’ll are the closest folks as I can call kin. I shore hope MD is as good with that rifle as he was with that ole pistol ya’ll used to shoot rattlers. I’ll be prayin’ he comes home safe and sound. What about you, Willard, are you goin’ to join up?   I betcha you’d be right good at flyin’ one of them Rattlesnake Flyin’ Machines.”
As Willard settled himself in the saddle and took the reins in his hands, Bob said, “By the way son, what did you name that bronc?” With a flick of the reins and a wink at Bob, Willard said, “Let’s go, Sidewinder”.

*Bob Offield was a cowpoke in Grandfalls, Texas around 1915 when my Great Grandmother Martha Jane Carroll arrived in Ward County..
*Bob Offield and Martha Jane Carroll married April 1, 1916 and seperated in July that same year.  It is not known if they ever legally diviorced, but Martha Jane never went by the name Offield.
*Columbus Chappel 'Chappo' Pittman married Effie Estella Carroll August 11, 1916.  Estella was the daughter of Martha Jane Carroll.  Chappo and Estella were Willard and MD's parents and my grandparents.
*Rattlesnake Air Force Base was a World War II USAF training base located in Pyote, Texas.  It was nicknamed the Rattlesnake Bomber Base for the numerous Rattlesnake dens that were uncovered during its construction. Ruins are still standing today and a museum is housed in nearby Monahans.   References:  Wikepedia and  Texas Escapes Online Magazine
*Wristen Ranch located between Grandfalls and Monhans where Willard worked as bronc buster and cowhand.  Still in operation and Wristen Family owned.
*Grandma Elsey's Diner was a train dinning car turned into a cafe'.  It was located on the main street of Grandfalls and run by Grandma Elsey who really did make the best homemade pies in Ward County.
*Gid Reding a surveyor by profession and a man with many talents.  It was said that he had a photographic memory and could tell you about every plot of land he surveyd and where every rock pile marker he made was located in and around Ward County.  He is pictured in this story at the 100 Year Celebration of Ward County in 1992...he was 92 years old.  He was a great story teller and I was a good listener.