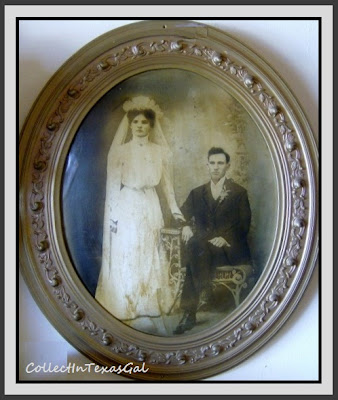 You know, Olivia, I wasn't always such a lady, in fact my mama, a true Southern Belle from Georgia, was quite certain I would never be a proper corset, bustle and bonnet lady.  I could see Olivia's raised eyebrow over the rim of the rose tea cup, and as she set it in the saucer, she laughed and said, "Nancy,  you must have been quite a sight as a lady wearing a proper corset, bustle and bonnet and armed with a Winchester."

The Sheriff thought so, although on our first meeting he wasn't the sheriff, but a cowboy on my Daddy's ranch.  Hardly any of the hired cowboys realized the Bosses son was a girl.  Much to Mama's dismay, I appeared every mornin' dressed to ride, rope and wrangle with my hair under an oversided sombrero, legs in chaps and feet in high heeled boots.

Olivia had tears running down her face as I lifted my proper ladies skirt hem and propped my booted foot on the table.  Bout that time 'The Sheriff', Marshall Buckner, Ranger Tom and Sarah walked in the kitchen.  "MOTHER," Sarah gasp as she looked up to see her beau's reaction to seeing his future mother-in-law in such an unlady like pose...not to mention wearing high heeled cowboy boots.  The Marshall had out his bandanna trying to cover a smile while looking at my husband  standing in the doorway one hand resting on his holster and the other slapping his hat against his leg.

"Hells Bells, Nan, are you tellin' the Courtin' Story'?

"I was just gettin' to that, Nate.  Ya'll have a seat, I'll put on a fresh pot of coffee.  Go ahead, Sheriff, I always like hearing your version of the story," I said as I lowered my boot and hem to the floor and began filling the coffee pot.  Sarah, why don't you warm up the muffins and set out the mugs. 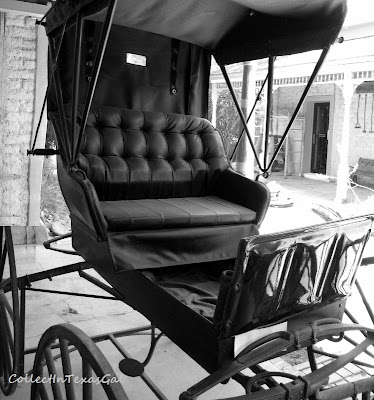 Oh Lordy, the Sheriff began,  I'd been workin' on Nancy's Dad's ranch for a month or so when he came to the bunk house one Saturday mornin' and invited me to dinner up to the main house.  He told me to hitch up the buggy and come round five o'clock.  I thanked him for the invitation and said I'd have the buggy ready for  him and the Missus to take a ride after diner.  As he walked out of the bunkhouse I thought I heard him say somethin' about his daughter.  I sure didn't know anything about a daughter, so I went on about my business of gettin' the buggy ready and thinkin' about a real home cooked sit down dinner.

I couldn't get 'the daughter' comment outta my head.  The only kid I knew about was the skinny boy who always wore that oversized sombrero.  He was a hard worker, could throw a loop and took orders from the boss just like the rest of us hands.  He made me real nervous though.  Everytime our eyes met I got kinda jittery.  Once we were roundin' up some strays and his horse stepped in a gopher hole.  I jumped off my horse to give him a hand  seein' as how he'd been pitched off and landed in a prickley pear.  I tell you when our hands touched it was like a bolt of lightening went straight threw me.  We jerked apart like we'd been bit by a rattler.  I could tell he was hurtin' from all the spines as tears were threatening to spill down his face, and all I could think of was comforting him.

After that, I avoided that kid like the plague.  Like I said, he made me real nervous and confused.  Anyway, after polishin' the buggy, spit-shinnin' my boots and dressin' in my Sunday best I drove the horse and buggy up to the Ranch House anticipating a home cooked dinner and polite conversation.

Lordy, was I surprised to see the 'Skinny Kid' wearin' a dress and lookin' like she'd like to throw me in a patch of prickley pear, which she threatened to do if I dared mention a word about her gettin' pitched off  her horse.  Her Daddy got a real kick outta my astonishment that the Bosses son was in fact his daughter.

After dinner the Boss insisted I take Nancy for a buggy ride.  She protested.  Her Mama, shooed us right out of the house, practically pushin her daughter off the porch.  Reluctanly, Nan agreed, but not before she disappeared back into the house.  When she came out she was wearin' her Sombrero and carryin' a Double Barreled Shotgun.  I offered my hand to help her in the buggy and quickly backed off as she swung both barrels around which were pointed at my gut, hiked up her hem and stuck her booted foot on the Step-up.

"So, Sheriff," said Sarah's Ranger, "I guess that's when she feel head over boot heels for you".

I looked over at Sarah who was restin' her elbow on the table with her hand coverin' her beet red face, shakin' her head and mutterin' under her breath, "Oh, Lordy, here it comes".  Her father looked around the table and settled his gaze on the young Texas Ranger and said, "Hell No, young man.  You see that Shotgun hangin' right there over our weddin' picture?  It's the same rifle she had acrossed her lap on that first buggy ride when she told me....


Mister, you make one wrong move and I will fill your sorry butt with buckshot!"

I had a Great Grandmother named Nancy.
I'm purty sure she wore high heeled boots and owned a shotgun.
If not, well, it sure makes for a good story.

I wrote about Nancy too! Your story is great starting with the title! Fun read.

I love how you tell a story! Your photos are always beautiful too!

Changes in the wind said...

Since your theme is your family tree I was thinking this was a true story....Happy A - Z

That's a good one! I'm glad I came back to find it.