...Are there any other kind?

Not so far as I know, and not in my collection.   However, the imposters that pop up this time of year are often questioned about the authenticity of their beards.  Over the decades, Santa's Beard has come into question more than once.

Back in the 1960's, a time when I was still wanting to 'Believe', but some around me thought it was time I faced reality, the Beach Boys came out with a song about Santa's Beard (UTube link). The lyrics went like this:


I wanna meet Santa Claus, the real Santa
I took my brother to the department store
He wanted to show Santa his Christmas list
He stood in line and he shook like a leaf
He's only five and half goin' on six
He said, "Is that really Santa Clause, really really Santa Claus?
I picked him up and put him on Santa's lap
And then he pulled the pillow out of his shirt
He yanked the beard right off of his chin
And in his eyes I could see he was hurt.
A little more than a decade later, I faced the same department store Santa scenario. 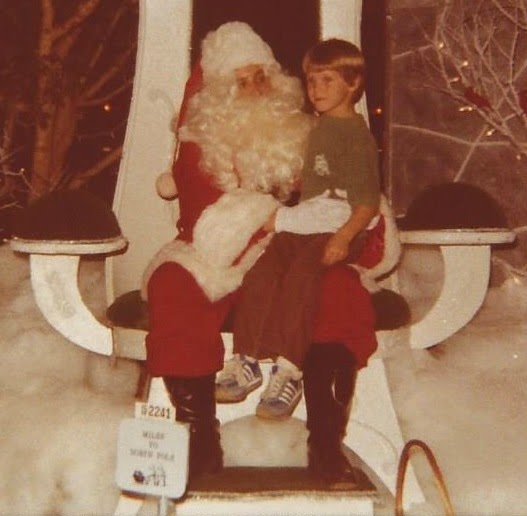 I haven't sat on Santa's knee in a long time either, Hilary. This just might be a good year to do that, and check out the jolly guys BEARD.

LOL, Joanne....never thought of having a 'Beaded' Santa, but I am now on the look out for one. Thanks, I think! Keep believing!

I had your first line in my head before I read it. I am always nervous when there's a fake Santa with an even fakier beard around. I agree with Joanne -- go get some BEADED Santas.