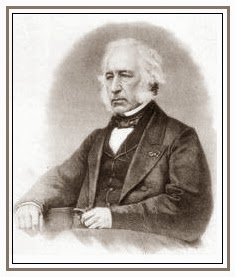 He was the first Napier to be born in America as his father Patrick was an immigrant from Scotland having arrived on the shores of Jamestown, Virginia in 1655 at age 21.

Captain Robert Napier was know as a Tobacco Planter, a Militia Officer, an Attorney and a Parish Vestryman. He is historically noted as the real progenitor of the Napier name in America, since he was the only male child of his parents, and had a much larger progeny than his father.

Many if not all Napier's today can trace their origin back to Captain Robert Napier and Mary Perrin Napier including my 4xGreat Grandmother Mary Julia Napier Pittman and her son Rene Marion Pittman...my 3xGreat Grandfather.


Captain Robert Napier's story now on Tracks of My Georgia Ancestors.
Give it a read and learn his connection with Patrick Henry's famous
'Give Me Liberty or Give Me Death' speech.
Napier Progenitor...A Planter, Officer, Attorney and Vestryman
Posted by Sue McPeak at 5/31/2014