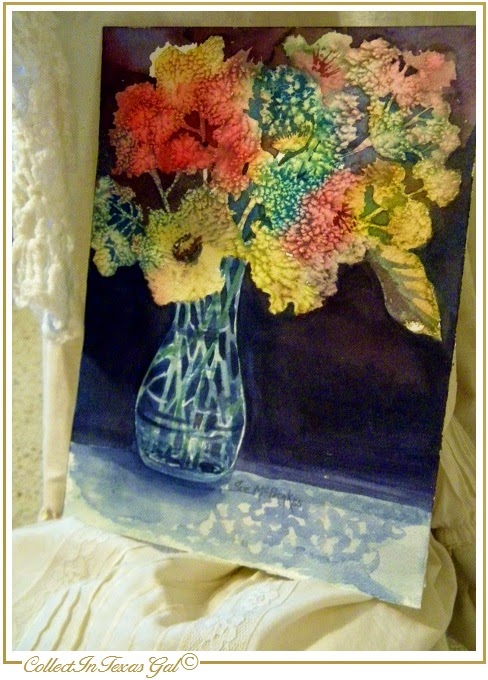 There is nothing more 'Boring' than sitting through someone's old slide shows or home movies...unless you or someone in your family is the star attraction.  The same can be said for Photo Albums, US Census Records, Family Trees, and finally...old Art Portfolios.

As I say this, I am realizing how much of that boring stuff I have put out there through this blog and the two Tracks of My Ancestors blogs.  Lucky for you I don't have any slides or home movies to convert to digital.

On the UpSide, what is done is done, and done in the name of 'Family History' and posterity for those who someday may have the same appreciation for their heritage as do I.  Another positive to all this is the 'Brain Work'. Yep, it keeps this ole noggin's gray matter a pretty shade of gray...which is preferable to ugly streaks of black, red, yellow and blue.  This is know from 'Family History', Dr. Oz and too much TV.

So far, I have excused and justified my Family History, Census Records and Photo Albums, and you have been more than tolerant.  In fact many of you have been downright awesome in your encouragement and appreciation of my writing...both fact and fiction...as well as the prolific photography which over the years of blogging has gone hand in hand with the writing.  For that, I Thank-you!


Let's see now, I've covered the 'Boring Stuff List' except for the 'Old Art Portfolios'.
The vase of 'Star Struck Flowers'...according to the date on the signature was painted in 1985.  Lucky for you, I don't remember where or why I did it, so I'll just say it was an experiment in flinging table salt on a heavily color saturated piece of watercolor paper.  Then by painting in the negative spaces...background...the vase, flowers, stems, etc. begin to take shape.   Besides the Salty Star Sparkles my favorite thing about the original is the shadow of lace on the table....reason for it being displayed and photographed in the above photo. 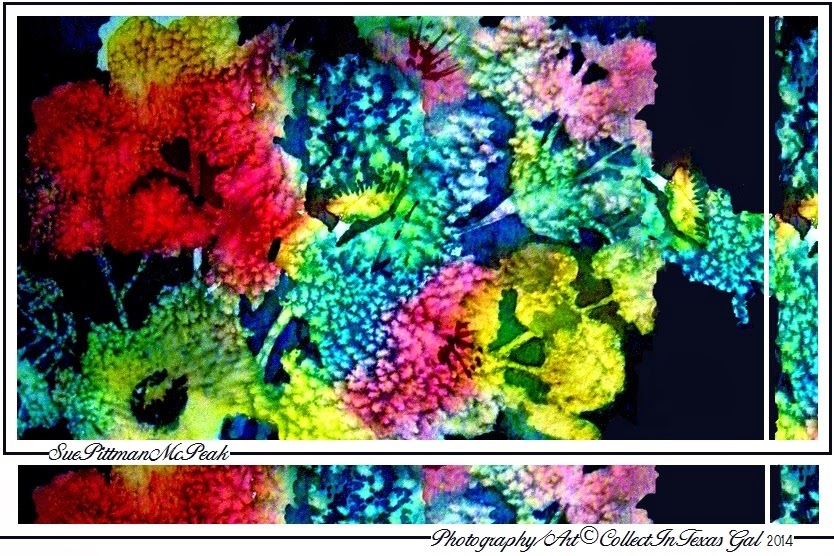 The 'Digital Remake'.
A study in Sparkles and Streaks of Black, Red, Yellow and Blue using a
Pretty Shade of Gray Matter!﻿
Posted by Sue McPeak at 5/09/2014

Genealogy and scanning things to preseve them is NEVER boring!

I agree Ann...especially for those of us who are Hooked on Genealogy!

Your posts have never been boring...quiet the opposite. I love looking at the old pictures and reading the details. I don't always comment, but I do always read!

very pretty picture - that's cool. In regards to slides, I was first born and the star of reels. My poor little sister - 10 years younger - might have had one pic. Her little voice would ask, "Where's me?" Thus,She was not a fan of slide shows.

I have not been bored at any time. I loved the stories and even though I am not artistic, I love all the colors in the painting. Keep them coming.

I enjoyed reading your post. Wish I had more family pictures to connect. I couldn't agree more about keeping the grey matter active. Following generations through the maze on Ancestry.com will do that! Also the occasional crossword puzzle or Spider solitaire game will help.