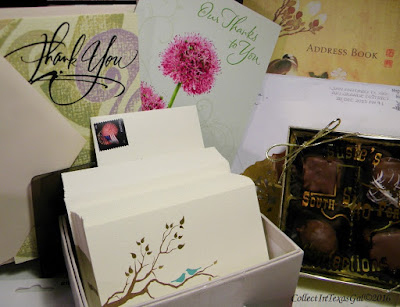 Did you know there are at least 112 ways to say Thank you?  The first basic 'Thank you', we learn to say right after Mama, Daddy and Baba or YaYa as my grandson called his bottle and anything edible.

Thanks a lot!  Thank you so much!  You're so helpful.  I hear these basic phrases of Thanks throughout my day at work from young and old alike.  'Saying' thank-you is alive and well. 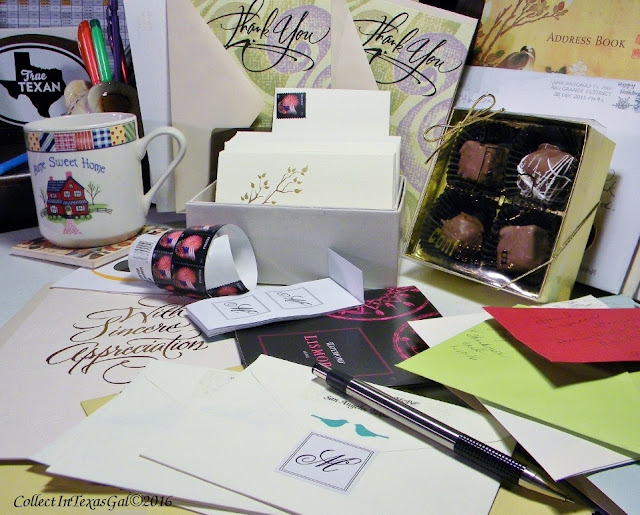 On to the second category...Written Formal.  Here is where 'Thank you' makes a transition from 'Old School Thank you Cards' to '21st Century Social Media' standards.  Which is considered acceptable?  From my point of view, it all goes back to how you were raised.  Writing Thank you Notes, according to my Mother and Ann Landers, was a character building trait that taught us to honor and appreciate others.

Putting pen to paper served to keep us from taking others for granted and was a discipline in expressing appreciation for the thoughtfulness of others.  Not to mention, becoming a more thoughtful person.  I remember receiving a box of 'Thank You' notes along with a graduation gift.  What a thoughtful and subtle reminder...including stamps and an address was a definite expectation of getting one of those boxed cards in the mail.  Thank you grandmother Minnie! 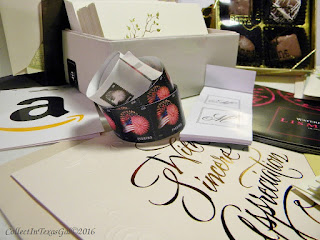 With all that 'Old School' thankful philosophy said, let's move on to today's 'Social Media/Email and WWW (WebWishesWay) of writing/expressing Thank you.  WOW...Google displayed many more than 112 ways of saying Thank you via the WWW.

So, as a Googleist, a Social Media user
with a Personal Computer, a Tablet and a Cell Phone,
I LIKE IT!!!
Followed up with an 'Old School', Thank You Bunches CARD!
Posted by Sue McPeak at 1/15/2016