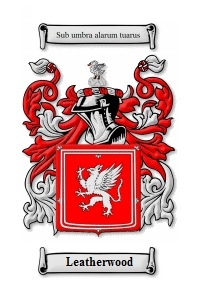 "Miss Mollie Kitteu/Kitten, a half Indian girl, married John Leatherwood in 1679 in Ann Arundel, Maryland.  John and Mollie's livelihood was sustained by raising wheat and corn enough to bread the family and feed the hogs for meat and the horses while raising another crop."  (letter written in 1892 by William Leatherwood)

I met Mollie through research on my Family Tree on Ancestry.com where 'Discovery US' is my limit.  Thanks to Ancestry's 'Lifestory, Gallery and Leaf Hints, I can share the 'Facts' recorded on Mollie's life.  With those facts, and my fact to fiction writer's license, here is my version of my January, 9x Great Grandmother. 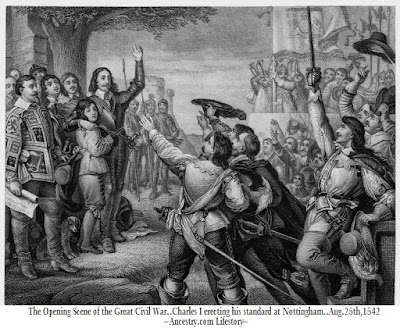 On January 19, 1658, Martha, age 20, gave birth to her namesake. Her husband Peter, age 28, called his daughter Mollie, a nickname she had for the rest of her life.

Mollie's father Peter, lived in Scotland in the mid-1600's when Royalists and Parliamentarians raised arms in one of the bloodiest battles in British history.

Peter Kitteu, age 19, a Scotsman and supporter of Charles I, found himself at odds with Oliver Cromwell's newly established Commonwealth of England.  With the beheading of Charles I in January 1649, Peter, along with his Scottish countrymen, found themselves under the rule known as a Council of State.  Fighting continued particularly in Scotland and Ireland between the parliamentary forces and those opposed to them, as part of what is now referred to as the Third English Civil War.

By 1653 when Oliver Cromwell was declared Lord Protector of the united Commonwealth of England, Scotland and Ireland, Peter fled Scotland.  After a long and arduous trip across the Pacific, Peter landed in America.  There he married a young Indian girl who he called Martha.  Still loyal to his Scottish roots and political ideals, Peter yearned for his homeland.  In 1657 he booked passage for himself and Martha who was with child.

They arrived in England on January 19, 1658.  Mollie was born aboard the ship 'Janus' just before they embarked.  Peter Kitteu returned to Scotland with his wife and new daughter.  Life in Scotland was vastly different under the Commonwealth rule, and even after the Monarchy was restored in 1660, Peter decided America, the homeland of his wife, was where their future lay.

Once again, Peter and Martha made the journey across the Pacific to the land of freedom and opportunity. This time with their young daughter Mollie, who's Scottish-American Indian bloodline would flow through the veins of future generations.

Email ThisBlogThis!Share to TwitterShare to FacebookShare to Pinterest
Labels: Ancestor of the Month, Collections