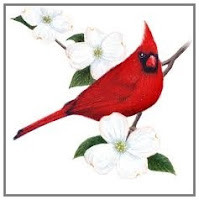 Frances Jackson Stone was born in Fluvanna County, Virginia, when the flowering dogwood tree was dormant and the Northern Cardinal flourished in the snow covered thickets long before either had been declared state symbols.

She was named after her grandmother Frances Taylor Stone...which was the naming trend of the time. Elder Frances and baby Frances had another birth connection...they were both born in January...20 days and 68 years apart.

On January 6, 1783, Mary Julia Napier Stone gave birth to her fifth child and third daughter, Frances.  Julia would have two more sons after Frances.  One of which would make a life changing decision that made Frances my 3x great grandmother.  Before that reveal, let's tell Frances' story based on ancestry.com facts, some historical era events and my 'Creative Writers License'...which I believe is no accidental birth right. 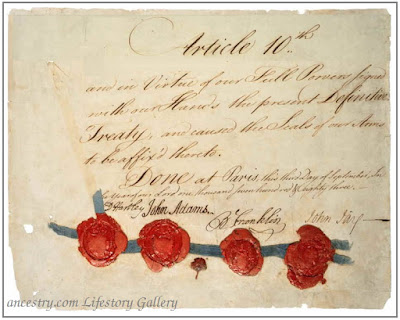 Although there is some question as to the date of her parents marriage, Frances was indeed the fifth child of Mary Julia Napier.  Her father, Marvel Stone, may have had a wife and children prior to having married Mary Julia.

Marvel, Mary Julia and their children lived in one of the Colonies fighting for independence during the American Revolutionary War.  Frances was 9 months old when the Treaty of Paris was signed.

When she was two years old her brother Washington Ware was born.  As a strong willed and unusually mature toddler, Frances was possessive and protective of her baby brother.  They developed a strong sibling bond that would see them through many difficult times including the death of a brother, separation of their parents and estrangement from their father.

In March 1804, Frances (age 21) and Washington (age 19) left Fluvanna County for Oglethrope, Georgia, to settle the estate of their brother William after his untimely death at age 32.  Their mother Mary Julia had only months earlier given birth to her last child, Walter, without the support of husband Marvel, and could not make the journey.   William and his lifelong friend Ichabod Byrd Pittman from neighboring Amelia County, Virginia, had set out some eight years earlier in search of adventure and the settlement of the Pittman's claim to Land Grants for their service as Sons of Liberty in the Revolutionary War.

At the reading of brother William's Last Will and Testament, Frances and Washington were named as heirs to their brothers homestead, land and all his earthly possessions.  The homestead and land bordered Ichabod Byrd Pittman's land which had been deeded to both young men for their labors in settling and farming the Pittman's granted lands.  Frances Jackson and Washington Ware never returned to Virginia. 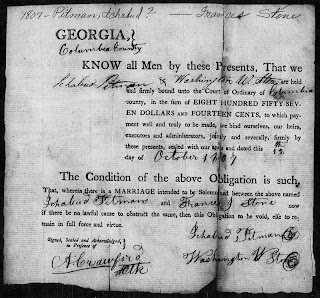 Three years later on October 13, 1807, Washington Ware, as head of family and in the absence of a father, signed the Marriage Bond that united Frances Jackson Stone and Ichabod Byrd Pittman.  The 'Condition of Obligation' Certificate, which states what is assumed as her dowry of $875.14, would well and truly make and bind the couple together...if no lawful cause to obstruct the same occurred to cause the 'Obligation' to be void.  Otherwise the contract would remain full force and virtue.

No doubt, Frances as a January Capricorn, was a willing partner in the marriage contract. Her no nonsense attitude and propensity for financial security along with being the woman behind a successful man made the union feasible in her mind.  Ichabod certainly must have learned and accepted early on in the marriage of Frances' devotion to her brother, mother and other family members as they all eventually became Georgia residents. 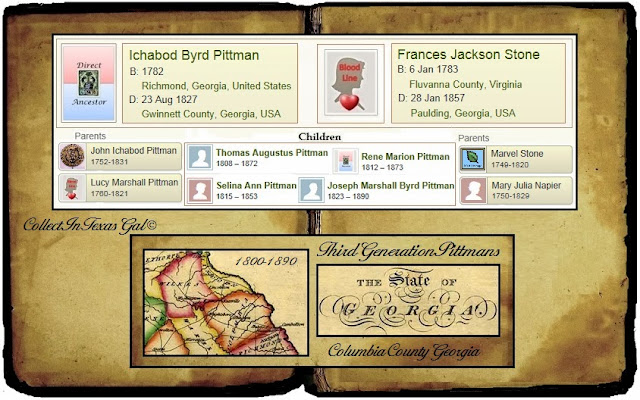 Obviously, the Marriage Bond held and remained in full force and virtue.  As a mother to their four children, Frances' innate Capricorn characteristics instilled both thrift and a respect for quality in her children.  To her it was a matter of "Eat it up, wear it out, make it do or do without", and economy did not mean it had to be cheap.  After all, she was the wife, and they the children of a prominent Georgia Pioneer Family.  Her four children were expected to be polite to relatives and elders, and display excellent manners.  Had she lived in the time of Dr. Spock and his book on child psychology, she most likely would have used the book as a paddle...and perhaps read it later. 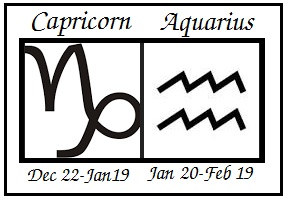 The question of my January Lineage being Accidental, Coincidental or Astrological has yet another chapter to ponder with the birth of  Byrd and Frances' third child, Rene Marion, my 2x great grandfather.  Born on January 28, 1812 under the Zodiac sign of Aquarius.

As a believer in Kismet...it was meant to be...Rene 'Rainey' Pittman was the only name I had to begin research on my Georgia ancestors.

What do you think?
Accidental, Coincidental or Astrological.
Posted by Sue McPeak at 1/16/2016

Email ThisBlogThis!Share to TwitterShare to FacebookShare to Pinterest
Labels: Ancestor of the Month, Tracks of My Georgia Ancestors

I bet it's fun to fill in the blanks! You're a smart cookie, Sue!

If nothing else, it is a chance to be a 'Channeling Instrument' or the teller of 'Great Big Whoppers'

I love the dowry of $875 or so - that's a lot of money back in the day. And the name Ichabod is just so old school. All in all - you were destined to be born in January.

What an interesting observation about your ancestors. I need to check mine out.

Hi Sue - can't say I've ever thought this way ... but what a fun thing to do ... our birth cannot be controlled, but I guess life turns in its own way ...

and yes that dowry ... and Ichabod - almost unheard of .. cheers Hilary

It was a lot of money back then and I imagine Frances was worth every cent...genealogically...priceless! Ichabod was named after his father...the only two in our entire family history. Wonder where that came from...same for Frances' middle name Jackson. Another family naming mystery.

Birth dates are easy to find in your Family Tree on ancestry.com...in your TREE OVERVIEW..Tree Summary...#people which lists alphabeticall name, birth and death dates. It took awhile to scroll through list, but it was worth it.

It is fun to explore every little bit of information available to you when digging into your Family History. Your words...'our birth cannot be controlled' gives me ideas for another post...thanks!