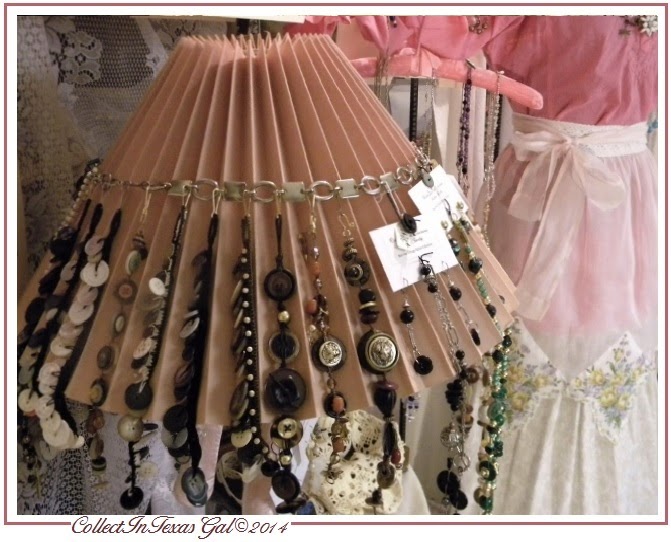 Believe it or not there is a history behind pleated lampshades, and insignificant as it may seem, the invention of this illuminating diffuser gives new meaning to 'let there be light...less light...okay, shaded light.   It's an AhHa moment...LAMPSHADE!

I am not a Lampshade Historian...made that up...probably not an official genre of historical study, but the 'Pleated Lampshade' is an official 'Patent Filing' with the US Patent Office in June 1944.

From the accumulation of Dust Bunny droppings between the knife edged pleats, I think this one might have belonged to the inventor.  Not really, his would probably not have been Pink.   Anyway, whoever owned it last probably got tired of dusting it and donated it to Goodwill where I happened to be on the hunt for a non-breakable STAND. 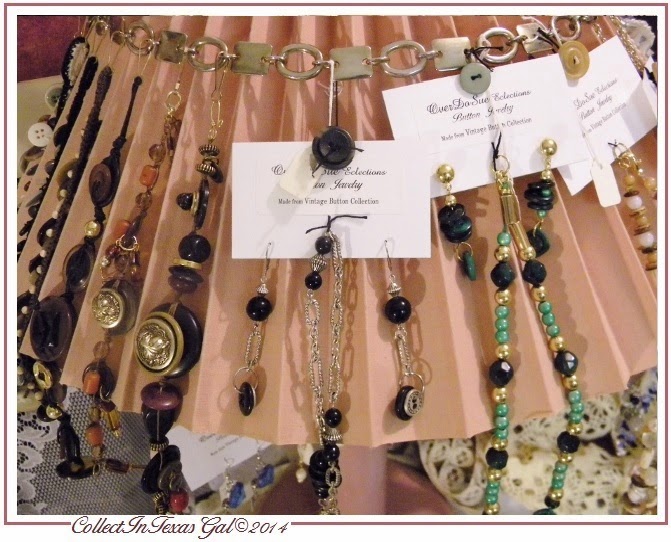 This painted pink metal tubular lamp fit the seven dollar bill perfectly.  The shade not so much, but it came with the stand, so I took it.

After trying several different wire baskets on the lamp stand, the pink pleated shade was a keeper, but the 'Dust Bunnies' were not.

Those 'Knife Edge Pleats' were Feather Duster and Swiffer resistant. A stiff bristle brush brushed those bunnies right out of the pleats.

I think it will work as a Display for my 'Button Jewelry'.  Those 'Knife Edge Pleats' make great dividers! 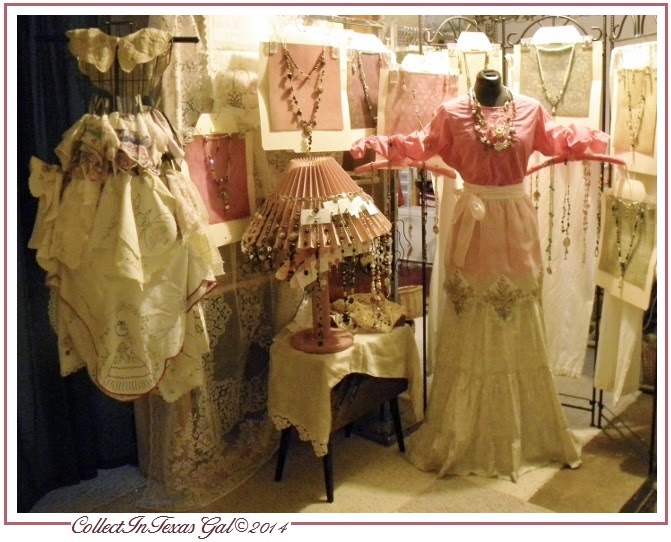 I am practicing my 'Booth Setup' for the September 6th First Saturday Event at
The Chicken Farm Art Center. 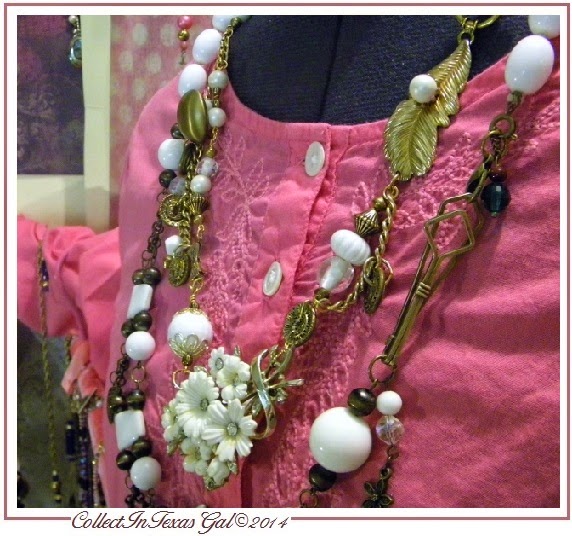 As they say, "Necessity is the mother of invention" and you invented quite the display stand. Maybe your jewelry creations will also prevent bunny formation, at least until sold.

I once had one of those. Perhaps you found it! If so, it's much better off in this incarnation!

What a great use for it. I remember my mom had a ton of those and she was dust crazy, never thought about how hard she must have worked to keep them clean.