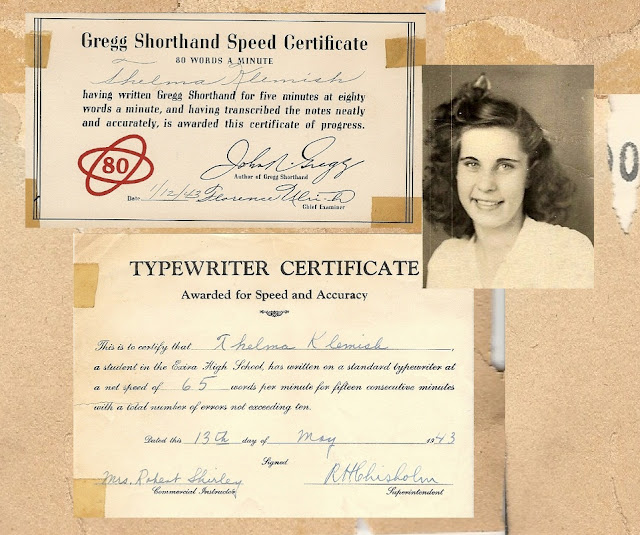 It was 1943.
Thelma  could write Gregg Shorthand for five minutes at eighty words a minute and
then transcribed the notes neatly and accurately.
Not only could she write in Shorthand...she could Type.
Certified Typist mind you...on a Standard Remington Typewriter.
At a net speed of 65 words per minute for fifteen consecutive minutes
with a total number of errors not exceeding ten.
Pretty impressive for a Gal who regularly had jammed fingers and scraped knuckles! 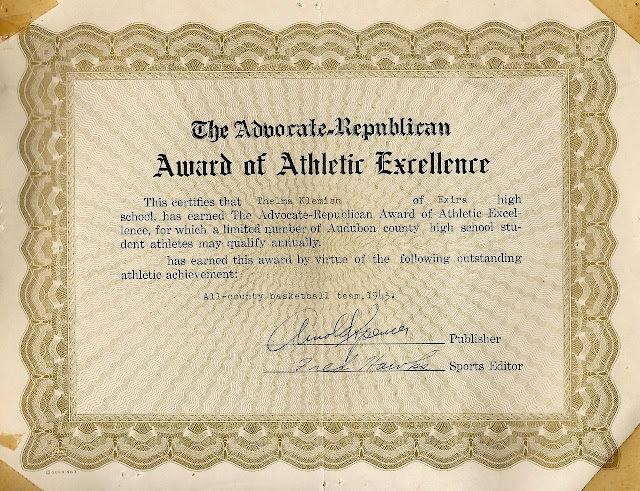 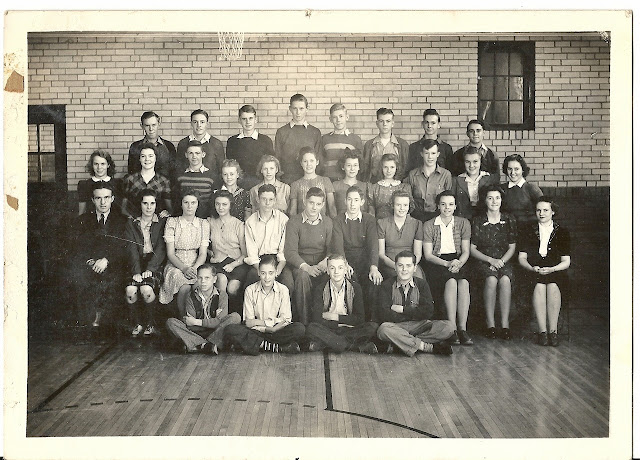 Junior Class of 1943
Thelma is second from the left sitting next to the teacher.
You can's miss her...she's the one with the Scabby Knees!
(no kneepads in 1943 basketball) 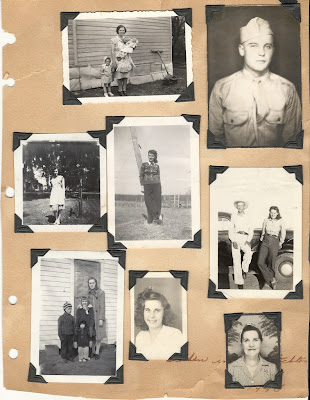 My Mother's Scrapbook has been a thing of great interest and fascination to me for as long as I can remember.

When I was a little girl I loved seeing my baby pictures...
...Mama was in her Twenties.
As a teenager I got a kick out of my Mama's clothes, hairdos and dark lipstick...
...Mama was in her Thirties.
Days have passed into weeks...weeks into months....months into years...
...Mama is now in her Eighties.
Her memories of Shorthand, Typing and Skinned Knees have been restored and preserved.
I wonder if it seems 'Just like yesterday' to her.
Sometimes it does to me....at least the part about the Scabby Knees.

Email ThisBlogThis!Share to TwitterShare to FacebookShare to Pinterest
Labels: 1940 Scrapbook Restoration, In Memory