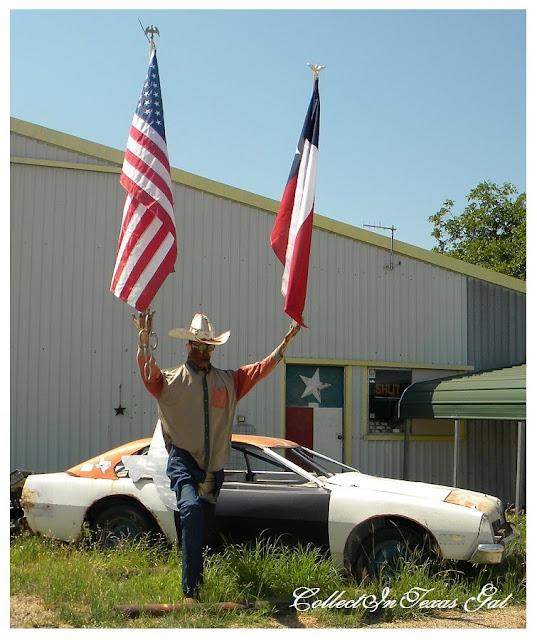 Boy Howdy, today's the day Proud Americans and Proud Texans  get out their Flags and Poles.
Now, here in Texas, Ya'll might think we get a bit carried away with Who,Where, Why and How the flags are displayed.
There are some guidelines: 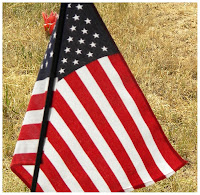 "I pledge allegiance to the flag of the United States of America and to the republic for which it stands, one nation under God, indivisible, with liberty and justice for all."


The Pledge of Allegiance was written in August 1892 by the socialist minister Francis Bellamy (1855-1931). It was originally published in The Youth's Companion on September 8, 1892. Bellamy had hoped that the pledge would be used by citizens in any country. 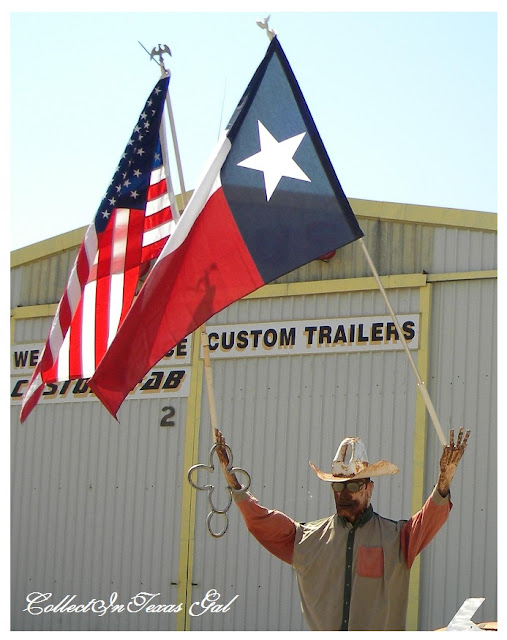 The Texas State flag is the national flag of the Republic of Texas, adopted on January 24, 1839. The Lone Star flag, designed by William Wharton has flown over Texas since then and is considered the fourth of Texas's six national flags. 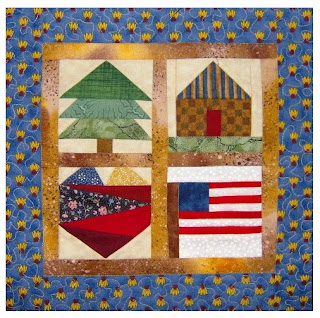 My Fellow Texan
Sarah at Hyacinthis For The Soul has a
Flag Day Post
full of great Americana Flag Information!
Posted by Sue McPeak at 6/14/2010

Sue, thank you for the "shout out". I appreciate it. I've returned the favor and added a link to yours on my Flag Day post.
In Kit Hinrichs' exhibit, he addresses the fact that "despite the government's legal restrictions adopted in 1912 and 1934, the exhibit illustrates that popular interpretations of the flag motif have continued to proliferate, resulting a a rich visual history of a true American icon." I should go back and add this quote to my post. :-)
Hope you enjoy a beautiful Flag Day in Texas! ~ Sarah

Ours is flying high today here in Idaho, sugar!!! Hoooorah for the USA
xoxo,
Connie

Happy Flag Day!!
Thanks for all the Texas Flag info. Next thing ya know I'll be a real Texan!! (well, maybe after a few more years of livin' here)

Happy Flag Day to my patriotic friend. Love all the wonderful info. Ours is out here in Kansas too.

Your pictures make me smile...of course I LOVE flag day! What a great post about flag etiquette..I will have to post that next year..great and informative information that every American should know. Thanks for your sweet visit..Nice to meet another patriotic person!! I will follow your blog now that I've found it!

LOL...just looked and I'm already a follower!! I guess my memory is starting to go!!!

Ours is flying freely in the breeze!