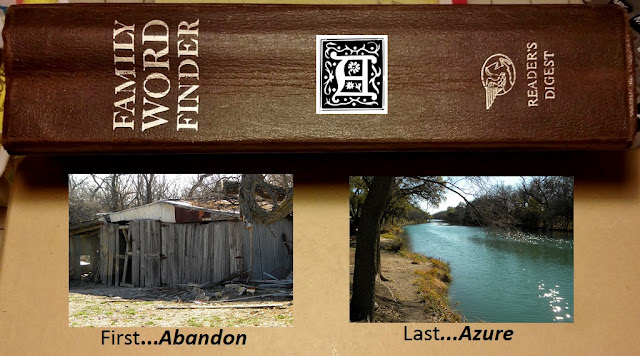 I am a 'Prompt Me' writer and photographer.
Give me a prompt and it's off to the writing races or photo shoot!
For AtoZ 2019, Word Prompts come first from 'Family Word Finder' ... a thesaurus of synonyms and antonyms in alphabetical order.  I take the first word and the last word of each letter and match it to a photograph from my collection/files.  Some invoke words in a story and others invoke that age old adage "A picture is worth a thousand words." 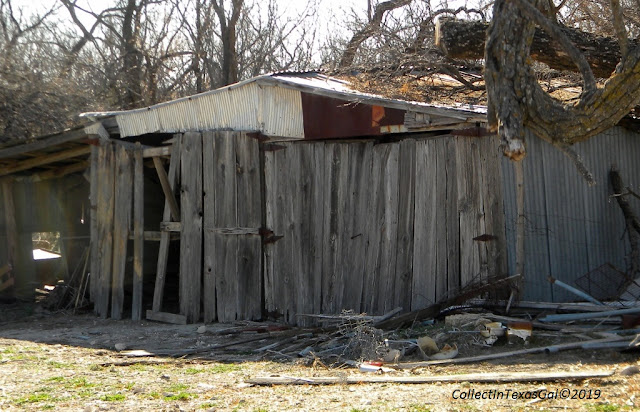 Grizzly was dead tired.   Not one more step could he take.  Not one more night could he sleep on the cold ground.  This is it and it looks abandoned.  Shelter, maybe even a mattress, hopefully something edible.  With his last bit of strength he entered the black hole door.
What's that smell?  As his eyes accustomed to the dark they shifted to the mattress illuminated by the dusty rays of sunlight filtering through the cracks and holes.  There lay the remains of the last tired traveler.  No longer tired...just dead in a mattress full of fleas.
Ole' Grizzly gave a shake and watched as his dust and fur floated on a beam of light.  With a new found spurt of energy he put one paw in front of the other and left through the same dark hole.  His last thought before laying down on the cold ground, "That place has gone to abandoned dogs". "I'm not abandoned...just lost...dead tired...but not dead, yet."
Moral of the story...don't go through black hole doors.
Take a picture...you may get close to a 1000 words. 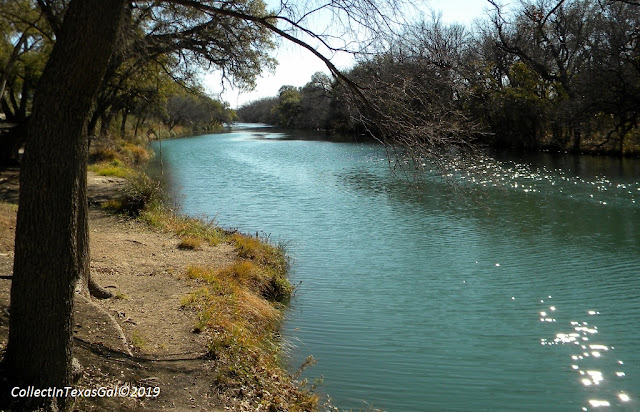 The Azure waters of the Concho River sparkle beneath the azure sky.
Azure is a word that goes back to al-lazward, Arabic word for the blue gem stone, lapis lazuli.
~No more words needed~
Posted by Sue McPeak at 4/01/2019

Hi Sue - enjoy ... I've opted out this ... but I'll be watching from the sidelines - cheers Hilary

Absolutely A great start to your A to Z. Words, pics, story, and sparkling azure waters......Awesome!

REPLY To...Hilary, I'll miss your always awesome AtoZ posts, but will keep up with you via my Blog Roll which you have been on for many AtoZ years. Look forward to your visits and comments.

Joanne, thanks as always, for your support. I thought of you while writing the abandon story...telling with detail, mystery and fewer words as possible.

Wow - what an ambitious (and risky) theme. I thought providing a picture for each letter was going to be the extent of your participation. What was I thinking? You ARE Overdo Sue, after all!!

I really like your idea - very interesting & beautiful photos!