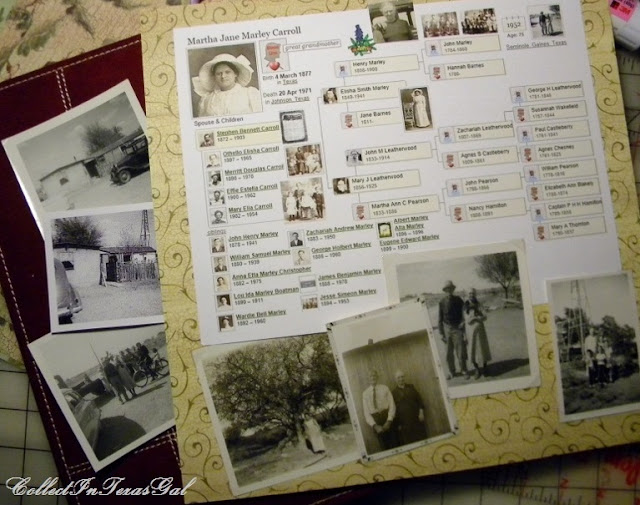 I'd Like To Meet my Great Grandmother Martha Jane Marley Carroll....Again! 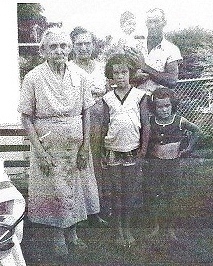 We met for the first and last time when I was 10 years old.  At that time I barely knew who I was, much less who she was or who her daughter was.  The only three people I knew for sure were my Dad and two sisters.
Here we posed for a '4 Generations' family photo of my Dad's maternal side of the family.  And, like the photo, all knowledge of my Great Grandmother, Grandmother and their family histories were forgotten.
The picture went to a 'Shoebox Album' and the maternal grandmothers were never a topic of conversation with my Dad.  He was raised by his Father and had only siblings as a connection to his mother.
Connections to Dad's paternal family history was limited to my grandfather, aunts, uncles and cousins.  It seemed our Family Tree was a sapling with only two branches. 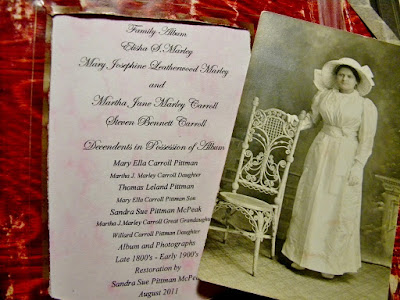 Imagine my utter astonishment as the recipient and keeper of Great Grandmother Martha Jane Marley Carroll's Photo Album.  If my Dad had any knowledge of his maternal family history he never spoke of it, and ironically, by the time it came to me, I could no longer share it with him or ask questions.  And boy howdy, did I have questions. 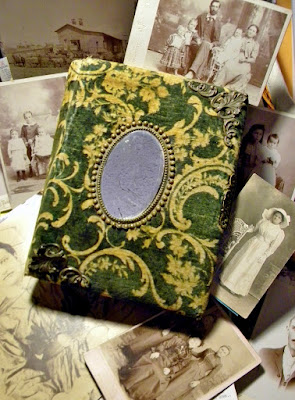 As shown in the photo above, The Album made it's way to me, as it turns out, through both his maternal and paternal family lines.  It's complicated!
It seems the two families merged with the marriage of Carroll daughters to Pittman brothers.  Making a whole bunch of Double Cousins and a Family Tree that resembles a twisted Texas Mesquite tree. One whose roots run back to The American Revolution and The Civil War to spread it's branches from Georgia, through Tennessee and through out Texas.
With 'The Album' I earned my Genealogist, Family Historian, Photo Detective, and Sherlock-Sue degree.
Not a single photo, newspaper clipping, scrap of paper in The Album had an inkling of identification.
The Album itself was deteriorating, but most of the pictures from the late 1890's through the early 1900's were in good condition.
Only one gave a hint as to whom The Album belonged.  Only one hinted as to where these people came from.  Only one would begin an amazing journey through my Dad's maternal and paternal history. 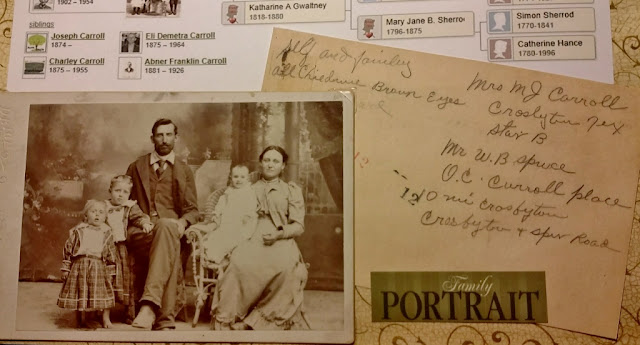 A few photos still unidentified, a few questions unanswered, but one thing I now know...
...from whom my Sister inherited her brown eyes!
Posted by Sue McPeak at 1/22/2019