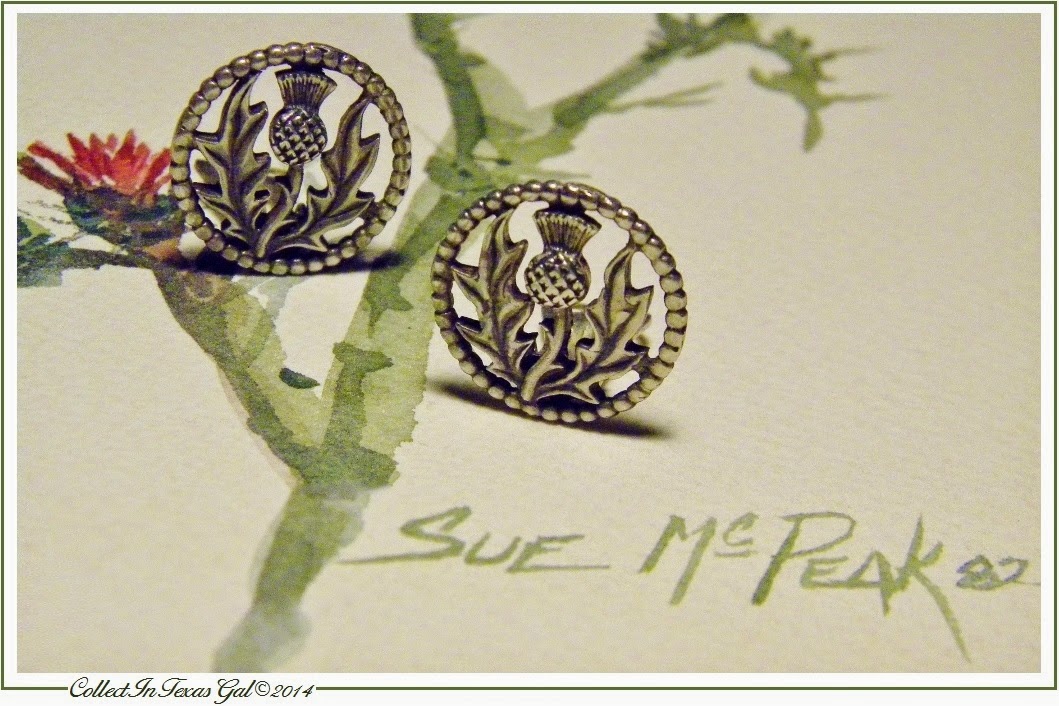 Here in Texas the Thistle is considered a weed.  None the less, I have always been attracted to this wild weed that grows along the byways and highways of Texas, where I have come to a screeching halt on a narrow two lane, back country road to photograph this stickery plant with it's spikey purple bloom.

Back in 1982 I painted 'The Thistle' in watercolor, and even then thought, "Sue, who does this for a weed?" 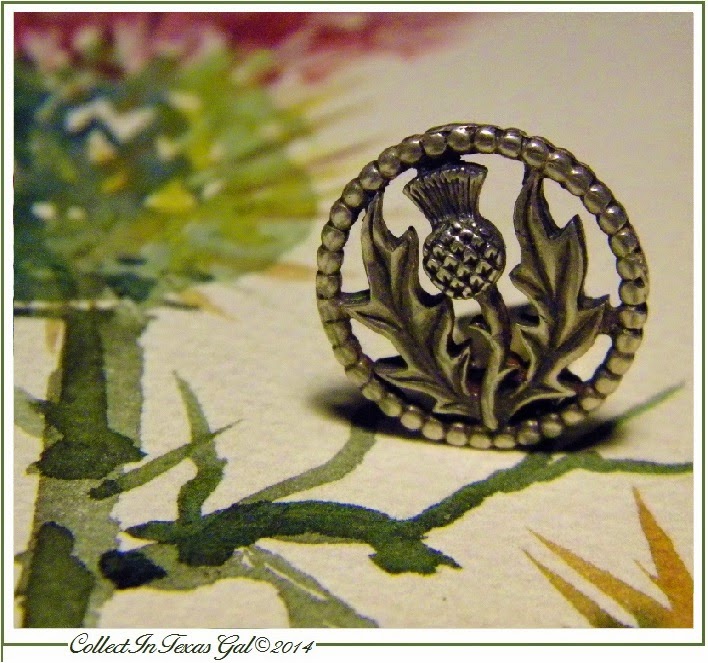 As with many of the 'idosyncra-crazy's of 'Me', the 'Thistle Fascination' has come to light in my later years.  Funny how that happens when you least expect it, especially when you are digging up bones.

Not literally, of course, but through genealogy research.  Yep, there are ancient 'Weeds' growing around my 'Family Tree' with the roots reaching from Texas to Georgia to Jamestown, Virginia and across the Atlantic to Scotland.  'The Thistle' is the National Flower of Scotland.

There's more...'The Thistle' is the symbol for 'The Most Ancient and Most Noble Order of the Thistle which is an 'order of chivalry founded in 1687 by King James VII of Scotland. 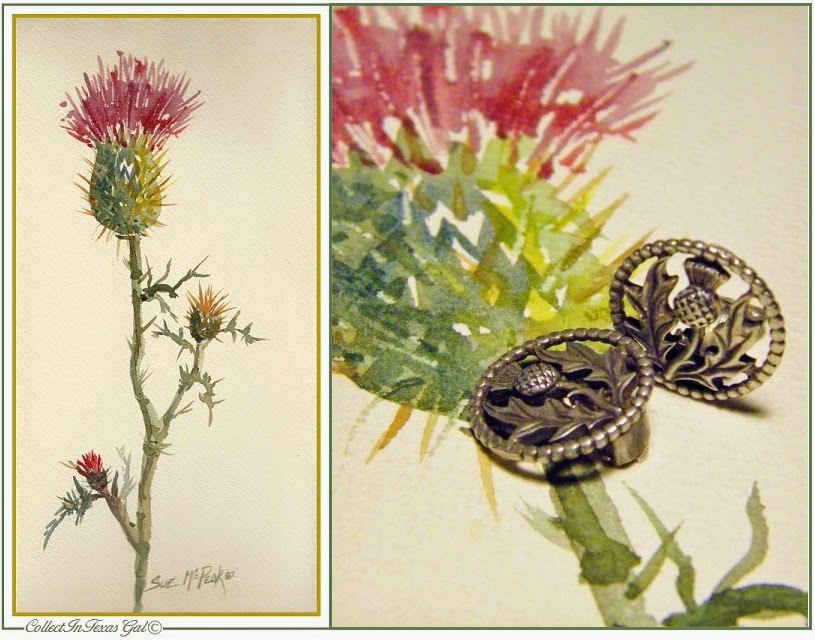 What is the connection?
I am a descendent of Sir John Napier, a Knight of the Order of The Thistle.
You can read about my 'Thistle Roots' on 'Tracks of My Georgia Ancestors'
America to Scotland...Rene the Link 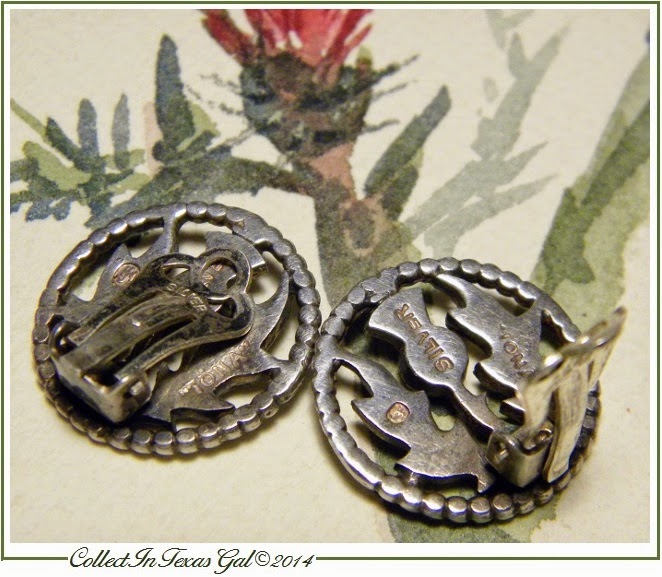 Now that I know my 'Thistle Fascination' is part of my DNA, collecting 'Thistle Thingys' is now justified, and just when my collections are on the 'Downsizing List'.  I think you will agree though, that my latest Thistle Find won't take up too much room and is certainly worthy of being added to my Family Tree Heirlooms.
Thistle Earrings by Scottish Silversmith John Hart.
Signed 'Iona' with JH monogram stamp
Silver ~ made 1940-1950 ~ value $50-$75
Found at Goodwill for $1.99

the thistle is worthy of a whistle. Your watercolor is quite lovely. I frankly like a lot of weeds. Started when I was a kid and pulled dandelions for my mom to put in a cup of water.

Good detective work into the way past and what a great chapter on your love of the thistle.
Joy

It's always fun to find connections and yours is pretty neat! And thistles are so beautiful even if they are a weed!

Ah - another fan of the thistle. We're an exclusive club, I guess.

Your painting is beautiful.

Hi Sue .. thistles - they are beautiful and give us artichokes, one of my favourite veggies ...

Love your art work and then the ear-rings .. delightful ..