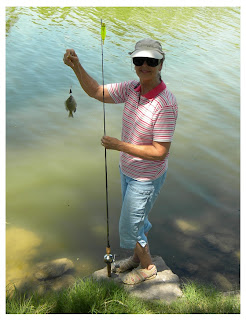 I've been known to tell some pretty good fish stories!  Mostly about how the Bigun's Got Away or the fishin' was so good they were jumpin outta the water and snatching the worms right off the hook.

It's been awhile since I've been fishin' for whoppers, but recently I got the idea to go Microfiche-ing.

I've been carrying around the 'Bait' for several months and was just waiting to be in the right place at the right time to catch what I hoped would add some insight to what happened to...

I caught a Whopper and Opened Up a Whole New Can of Worms! 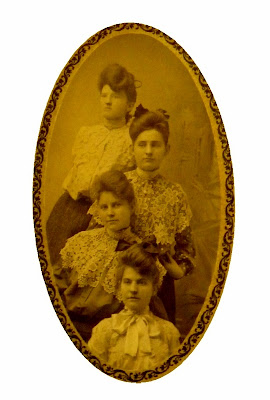 The funeral services were conducted by Reverand M.O. Williams, pastor of the Methodist Church, of which church the deceased was a devoted member.

A husband and two children, who reside in Grandfalls, are left to mourn her loss. 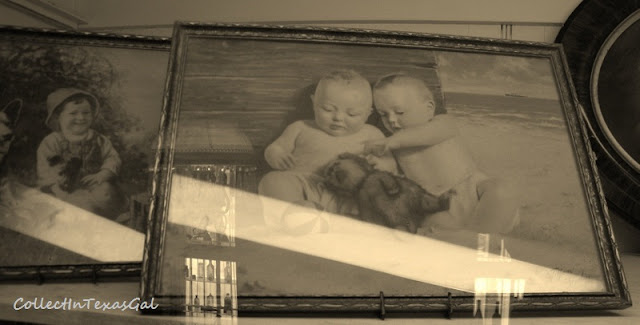 This I knew from the 1910 Census that listed Maime 4 years and Tillie 1 year, and who at the time of Nancy's death would have been 12 and 9 years of age.  Who and where was the Mother of these two granddaughters?   Why weren't Nancy's SIX children she reported as having given birth to in the 1900 Census, listed as surviving her or preceeding her in death?
Yep, looks like another Fishin' Trip!
But first, the Obituary Revelations!! 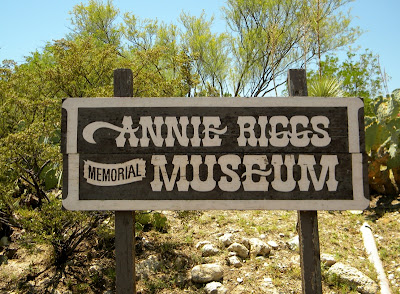 The Riggs Hotel where Nancy died has been a subject and photo resource for many of the posts here on CollectInTexas Gal.  As a former member of the Fort Stockton Historical Society and Board Member of the Annie Riggs Museum, I have spent many hours there.  What a Special Moment it was for me when I read that my Great Grandfather and Step-Great Grandmother had stayed there exactly 95 years ago to the day that I Microfiched the Obituary!  I can hardly wait to get back to Fort Stockton and the Annie Riggs Museum to find their Signatures in the August 1918 Registry. 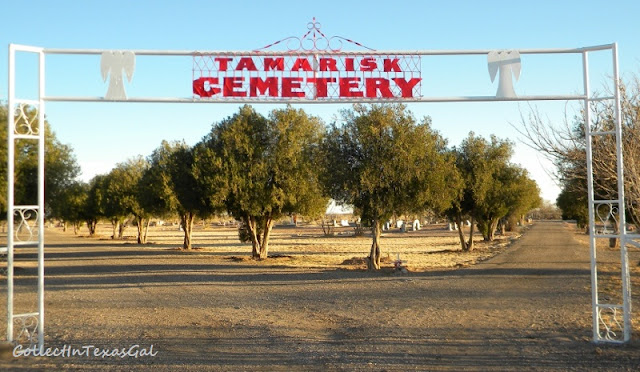 The remains were prepared for burial by Undertaker W.H. Bird, after which they were taken to
Grandfalls, Sunday afternoon and interred in the cemetery at that place.
That place being the Tamarisk Cemetery.
Another Special Moment to realize that another of my Pittman Texas Ancestors
can now be officially laid to rest with other Family Members including
George Washington Pittman's Grandsons and Great Grandsons
Willard Carroll Pittman and MD Pittman
Stacy Scott Pittman and Billy Carroll Sinks 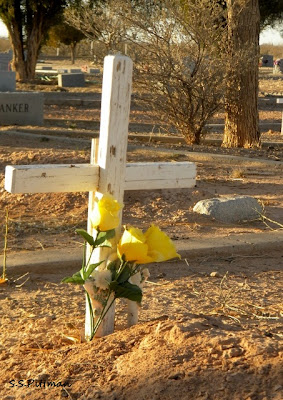 Rest in Heavenly Peace
Nancy Anne Carey Forkner Pittman
April 23, 1854 - August 16, 1918
You are fondly remembered in the Pittman Family Tree and History
as documented in
Tracks of My Texas Ancestors.
Your story will be told.

You truly are a super sleuth! The many layers of family history are so very interesting and I enjoy every story.

Have so walked down this same path in our wonderful research exposes. Your pictures are so lovely to have, Sue.

Have a lovely weekend ~
TTFN ~
Marydon

Your micro-fiching turned out to be a real whopper!!!!! Love the darling pictures of the grandaughters.
Ann