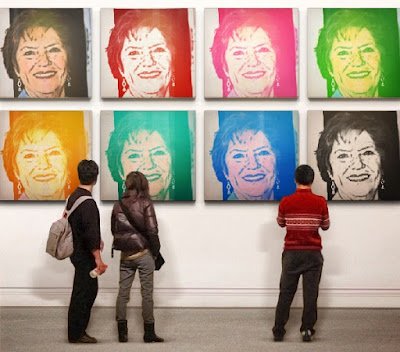 Back in September 2009 this pretty face was on Pink Saturdays Sidebar.  I just assumed it was our Beloved Hostess.
A month or so of Pink Saturdays went by and I visited Backyard Neighbor and there was our Hostess Beverly's picture.
Now, I might have been born at night, but it wasn't last night, so I figured out real quick that Beverly had TWO Blogs.
Have I told ya'll about the Ocean Front Property I bought off George Strait?
Good Grief, Sue, these folks are gonna think you were born last night and are blonde to boot! (no offense to blondes...a good friend pictured later in this post is blonde) 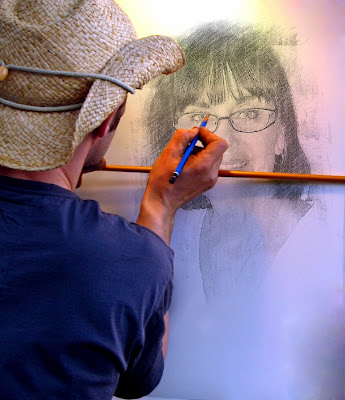 Finally, I figured out that Jeanne was not Beverly and that Beverly didn't have TwoBlogs, but Jeanne was Beverly's lifelong friend and not Beverly at all, but Jeanne of Backyard Neighbor and the second name on everyone of Pink Saturdays List of Participants...Beverly is always First...naturally.
Well, I said to myself, If Jeanne is not Beverly, then I wonder who Beverly is.

That's when I commissioned this cowboy artist to do Beverly's portrait.  I told him all about Pink Saturday, how it got started and what a neat gal Beverly was.

He was like, 'No problem, Sue, I've got a good idea of how she'd look.

He's not quite finished.  What do Ya'll think? 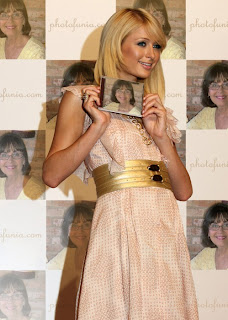 I wasn't so sure about Beverly's portrait by the Cowboy, so I asked Paris what she thought, and she was like, OMGosh, Sue, I love Pink Saturday.  I never miss posting,  reading and commenting on every single Pinkies post.

Really, I said.  You are a Pinkie, Paris?
Absolutely, but I don't use my real name.
Noooooo! I said.
Then she said... I use a fake name, but I can't tell you who it is because I don't remember until I sit down and my PC says 'Dingy'.

Sue, I love Pink Saturday so much I'm going to put Beverly's picture on my new CD to be released on Pink Saturdays Second Birthday.

Wow, Paris, she'll be really surprised.  Do you think that's a good likeness of Beverly? 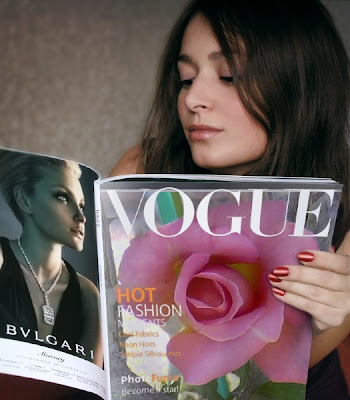 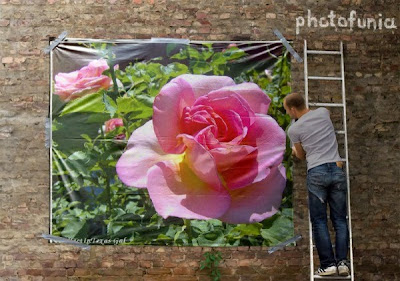 There's also a good chance for Ya'll to see Beverly's picture posted on every brick building and billboard in the world.    Pink Saturday has a whoppin' 273 Participants for the Second Birthday Bash!
I had a really hard time picking out just the right Birthday Present for Pink Saturday and Beverly.
I know one thing she likes and does every Friday, so I hope she keeps track of how much time she spends putting this one together. 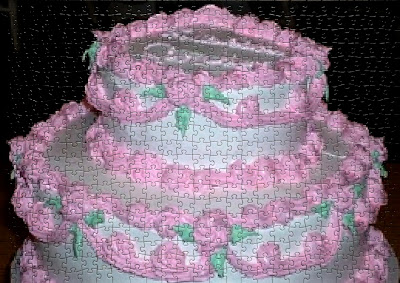 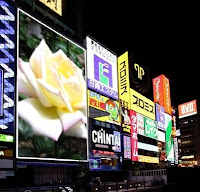 Now about 'The Numbers'...It's late, but I figured that Beverly has posted approximately 96 Pink Saturdays in Two years.  That's alot of Pink Stuff around your house, Beverly.

PS...It's really late, and Sue Paris says she definately needs to get her beauty rest so she can get up early and start on the 273 Pinkies List.  That is if she can find the ON button that goes Dingy.
Posted by Sue McPeak at 5/29/2010