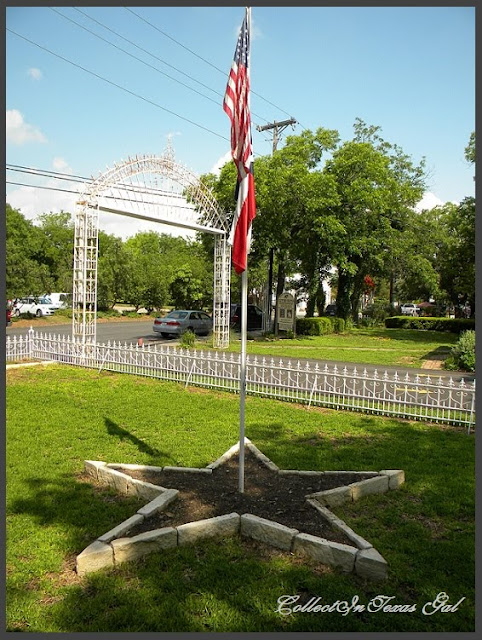 Texas owes its name to the Caddo tribe - and the Spaniards. During the Spanish exploration of Texas in the 1540s, the Spaniards met the Hasnai Caddo tribe in present-day East Texas. the Native Americans used the word tayshas for "friends" or "allies." In Spanish, the translation came out as tejas. Eventually, Tejas became Texas.


Texas is also known as the Lone Star State, in reference to the state flag. The flag displays a single, five-point white star on a field of blue with an upper white horizontal stripe and a lower red horizontal stripe.


Texas declared independence from Mexico on March 2, 1836, to become the Republic of Texas. Texas was admitted to the Union on December 29, 1845, as the 28th state. Texas state government is divided into executive, legislative, and judicial branches. The governor is the chief executive of the state and is elected for a four-year term of office. 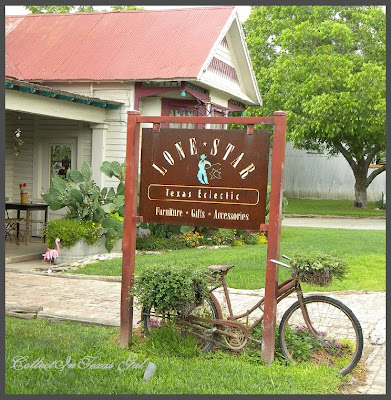 EVERYWHERE ya go in Texas, you'll see how folks are Proud Texans!

Like this shop in Gruene, Texas  where the LoneStar is featured right along with old bikes, cactus and a...Flamingo?

Why we even name our kids after Texas...well, nickname anyway.  I really thought my 9-9-09 Grandson's middle name should have been Dallas.  We all call him BabyBubba...that's pretty Texan.  I bet when he's 21 he'd like Dallas better or maybe even Tex...he'll probably use his given name by then...Jackson Thomas...which we'll shorten to JT.   Poor BabyBubba!

I guess it could be worse...he could have been conceived in Leakey, Texas. 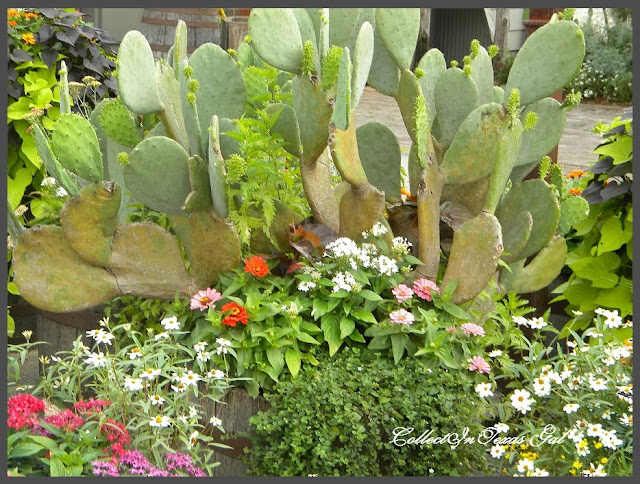 Before we leave the Month of May and my visit to NewBraunfels and Gruene, I want to share a few more  pictures of the amazing flowers that the April showers brought to Texas.
It's been this NeatO'Nikon Gals 'PitcherTakin' dream come true. 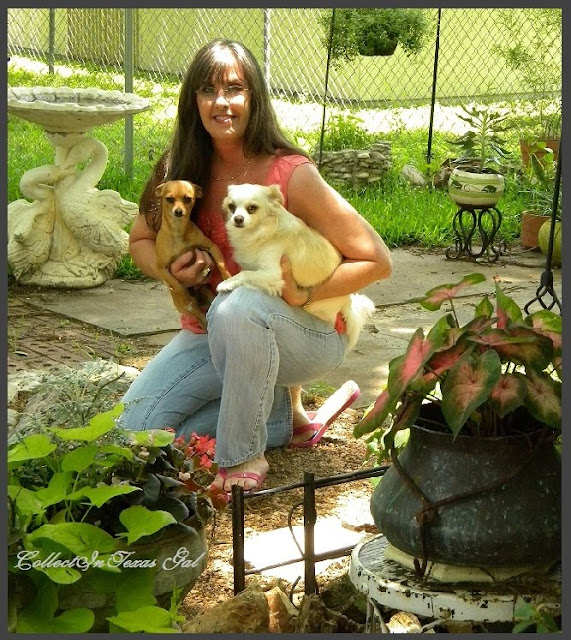 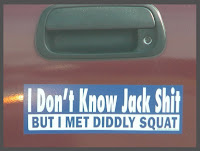 PS...See, ya never know who ya will meet in Texas!

They shoulda named him Dallas!  At least we coulda nicknamed him 'BigD'.