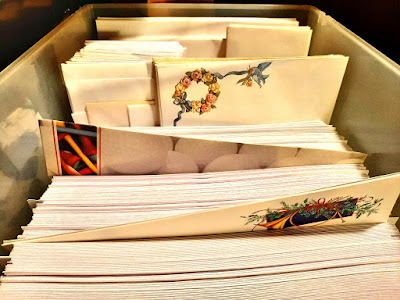 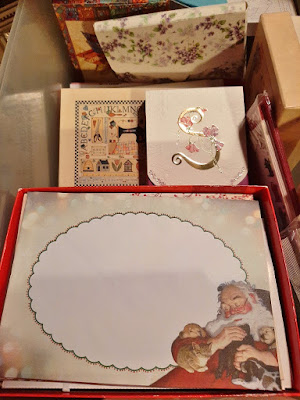 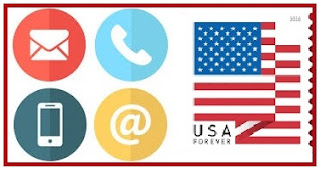 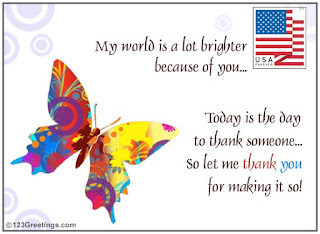 When I couldn't find something, and thought it might be on my desk mess, I rummaged through all the old greeting cards, note card boxes, and envelopes yesterday. Oh my, what a lot of things I probably should toss out. But I have had them around a long time, and they are like old friends I remember when I bout them, and maybe even why. One year I wrote poems in all my grandchildren's birthday cards. Nobody said anything.

I like envelopes with different shapes than just the regular one. Some are very pretty, even if they are plain white!

I used to send out cards all the time. I really need to get back into doing that. Having something that isn't junk mail or a bill in the mailbox is a great uplifting thing.