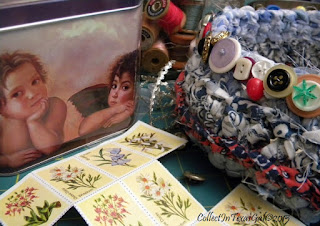 "Could you sew a button back on this shirt"?  I get that a lot, and yes, it's an easy task, but so boring.  Not so with Button Embellishing!

That was the case in the making what some might call an 'OverDoSue' embellished basket.  This one inspired by my Mother's Sewing Box.

Her collection of buttons, thread, fabrics and sewing-stitching stuff was a part of my Sewing Memorabilia.  I decided to share it with Mother's granddaughter who also sews.  I knew it would become a treasured heirloom. 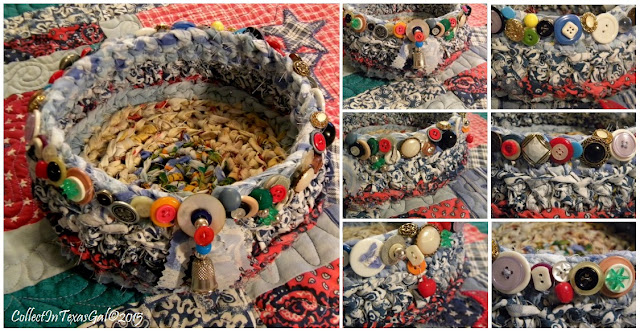 The basket is made from the same fabrics as "The Cotton Shirts Off Her Back" quilt...also gifted along with the basket.  What fun I had going through her 'Button Box' which was a catch all for everything from buttons, beads, washers, bolts and screws.  I stitched a variety of buttons around the basket top with a dangle ending in her thimble.   Then I filled and continued to embellish it thusly.... 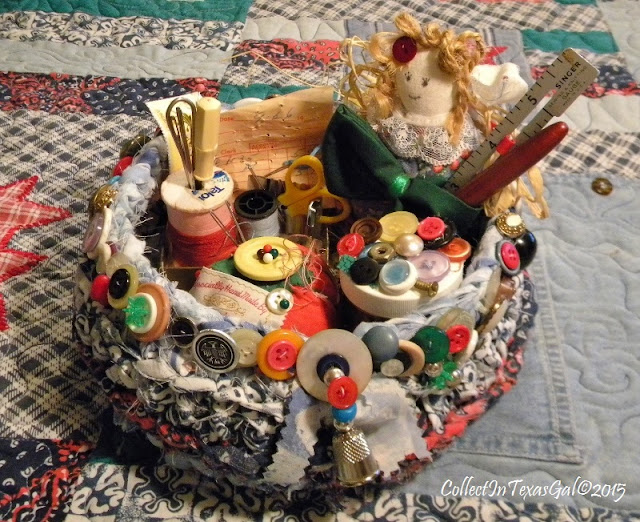 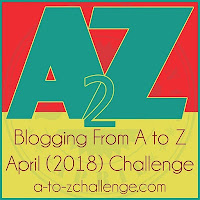 Do you have an AtoZ Sewing Basket?
PS...Thank you for commenting.  I will catch up with you on Sunday.  This is my weekend to be featured in a Wearable Arts Showcase.
Posted by Sue McPeak at 4/05/2018

Well, it's a bit over the top for me - but also a big improvement on what I imagine (from seeing the base) that the basket originally looked like. And I love the thimble as the dangle end.

Love it! The layered buttons are my favorite detail right after the thimble dangle.

What a clever holder! Love all the variety of buttons an the thimble. Very creative!!

A neat way to use buttons and remember someone. I have my grandmother's button box.
http://viridian61.blogspot.com/2018/04/e-is-for-edmond-ok.html

I don't sew at all (AT ALL) but your projects sure have me considering it. How adorable!

@IsaLeeWolf
A Bit to Read

Hi Sue - I certainly don't sew like you do - so admire the craft and your obvious passion here ... that's great that it's with the appropriate grand-daughter ... cheers Hilary

That sewing basket is wonderful. Enjoyed reading your post.

Button, button, who's got the button? Remember that game?

So Special! Your really are so thoughtful and it is obvious in the beautiful piece you created from our Mother's blouses. Trina is so lucky to be able to cherish the bowl and matching quilt you made with so much LOVE.