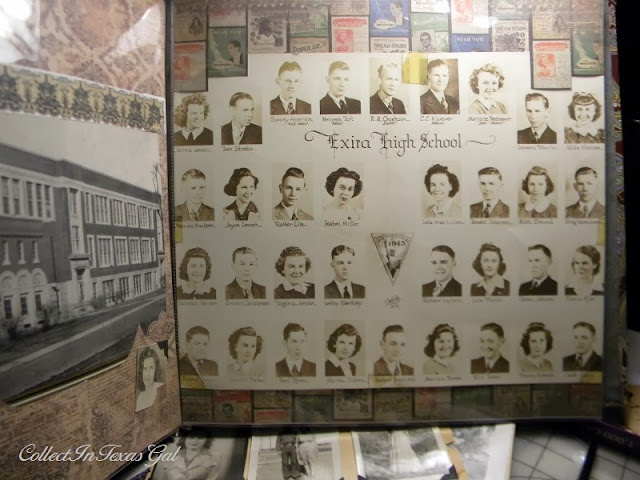 I received a comment/notice from Jerry Beuterbaugh, author/blogger of As The Crackerhead Crumbles , that the above photo has been included in his weekly Sunday Drive post for today, Sunday, June 7th.
He explained....Back during our childhood, our parents would often load up my brother and me after Sunday morning church services for a leisurely drive around where we lived.  Even though we were seeing mostly familiar sights, it was still good to see them again, and this is why "A Sunday Drive"  sounded about right for the name of a series revisiting familiar sites that are well worth seeing again and again.
I replied with a comment thanking him for including CollectInTexas Gal in his Sunday Drive series and mentioned to him how 'A Sunday Drive' brought back happy memories for me.  I imagine many of you...CITexasGal readers...will relate to Sunday after church family doings, too.
Like, Sunday Dinners where a pot roast with potatoes, carrots, and onions had been put in the oven just before leaving for Sunday School.  Then after church, all you had to do was set the table and make Texas Sweet Tea while your Mom finished the baking with biscuts and making brown gravy from the roast drippings.
Or...if you were Southern Baptist, like me, some Sunday's it was 'Pot Luck' in the Church Social Hall where a spread of fried chicken, the pot roast, salads of all kinds, veggie casseroles, and heavenly cherry pie as well as homemade vanilla ice cream served straight out of the ice bucket where it had been turning during the preachers sermon.  I remember on those Pot Luck Sunday's the preacher cut short his sermon straight up high noon and blessed the Pot Luck Meal before dismissing so we could go right to the Social Hall and dig in.  Baptist are famous for Pot Luck Meals and Food Blessings...we were truly blessed.
As for the Featured Photo on Jerry's Sunday Drive, it was from a post written on January 24, 2014 entitled Scrapbooking and Crochet...Perfect Cold Day Projects.  It was a Friday and I was deep into the Restoration of my Mother's 1940 Scrapbook.  It was the second restoration of her scrapbook as I had done the first one at least 20 years earlier...before 'Scrapbooking' became a Craft Industry and acid free, themed papers, and 12x12 Albums made scrapbooks 'Family Heirlooms' for generations to come.
I remembered that post in particular and am pleased that Jerry recognized it's significance as being intensely personal for me.  It was a form of grief therapy...Mother had joined the Heavenly Angels Choir the month before on December 13, 2013.  In my mind that day should have been a Sunday, but it was a Friday.  I think I will continue to think of it as Sunday...for it makes me smile to think of her squeezing my hand at the end of the Pot Luck Blessing, putting on her Sunday Apron and serving her Sunday Pot Roast.
Thank-you Jerry...my Mother would be so pleased to be included in your 'Sunday Drive'...as am I. 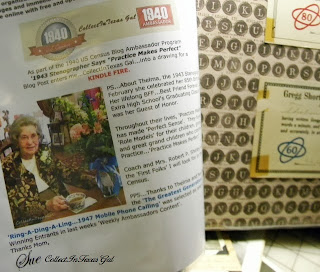 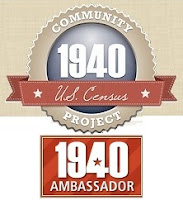 I am happy you have these beautiful memories from your childhood!

Thanks Paula...It is very special to have blogging friends like you and Jerry who write posts that inspire memories of our childhood and the special times of our lives.

Thank you so very much for this. I credit our Heavenly Father as being my editor (if not the actual writer/publisher) and He was the one who knew of the significance to you--be assured.

You made this a very special Sunday. I am grateful for His Grace in knowing the significance and giving us both the guidance to share our Sunday Memories. "Bless this Pot Luck Sunday and those who prepared it for the nourishment of our hearts and souls." Amen...squeeze.

I stuck my head out the window and enjoyed fresh air on this Sunday Drive. Congrats on being included. Very nice

Beautiful memories! My memories are quite different, growing up in New York City, which is why I enjoy these peeks into a vastly different growing up time. Alana ramblinwitham.blogspot.com

Fresh air and the wind blowing through your hair...that's a good thing on any day when it's not raining. Thanks...it was very thoughtful of Jerry and his Editor.

Thanks Alana. All the differences of our raisings gives us a unique perspective and appreciation for what others may take for granted. One of the reasons I too enjoy a view into your world through your writing and your thoughtful and beautiful photos. You know...we are not so different really...we are only miles apart rather than worlds. Thanks for visiting.

Congrats -- Jerry has a good eye and good memory.

Thanks Wendy. That he does.