After Shock of AtoZ 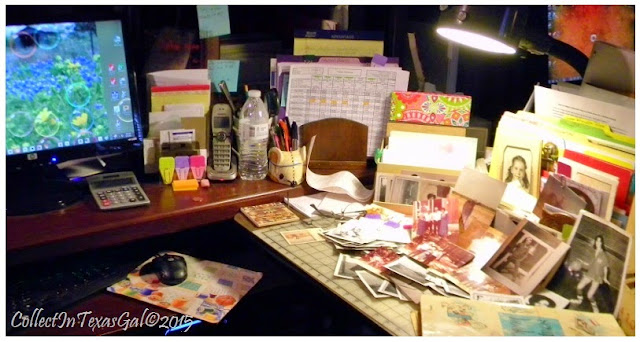 If there was a prize for the 'Biggest Mess Desk' I would definitely NOT be the 'Biggest Loser'... and that includes the poundage from photos, scrapbooks, yearbooks, water bottles, coffee cups and brownies.  Notice that the brownies are not among the mess.

The AtoZ April Challenge was certainly a 'Challenge'.  For the first time in the four years participating, I had to juggle a 'Work Schedule' in with writing posts, minion duties, visiting and commenting.  Now that it is over, I almost don't know where to start cleaning up this 'Biggest Mess Desk'.  You see, I have this overwhelming need to Re-Organize the Shoebox Album into a 'Real Album', to Re-Scrap my 1960's Scrapbook and clean off  this Desk.

The problem is...there is another 'Biggest Mess Desk'.... 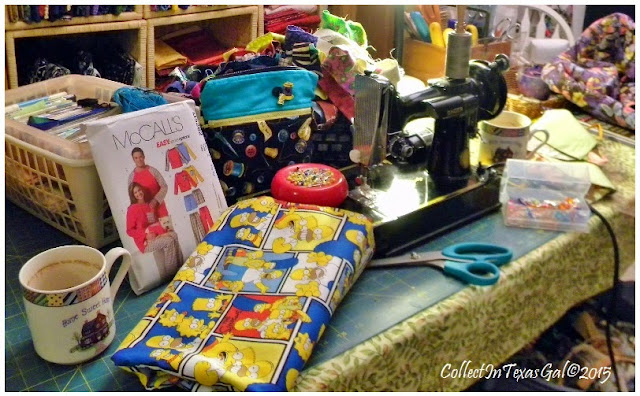 Oh...there's the coffee cup!  The ring around the cup is probably permanent and the creamer has more than likely grown a new crop of Hazelnut flavored penicillin.  Yes, this is the other 'After Shock' of the AtoZ Challenge.  Thing is there are THREE more 'Work Tables' that are just as 'Big A Mess'.

So, now you know...my 'OverDoSueness' is on the verge of exploding beyond all hope of recovery.  However, I am swearing off of starting any more projects until these 'After Shocks of AtoZ' are minimized to little tremors. 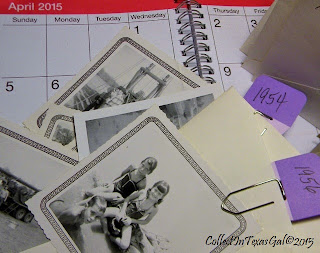 There you have it...my excuses for the delay in returning your visits and comments on the last few Letters and the Reflection Post.  I will do that soon...between harvesting a new strain of penicillin and reducing the Multi-Messes.  Oh, and I can't forget to mention this....additional hours at my JOB caused by...you guessed it...more 'OverDoSueness'.  When will I ever learn?
Posted by Sue McPeak at 5/08/2015

sounds like you need to turn off the lights and shut the doors to those rooms for the weekend. Take yourself to a spa retreat and relax. You rolled at high speed through April, so it's time to brake for May and smell the roses. Enjoy the weekend!

Oh you are such a good and thoughtful friend. In actuality, I have closed the door to my studio, and put blinders on as I sit next to my Desk Mess. I'm trying really hard to get past the Re-Scrap and Real Shoebox Album urge. I think I can just put them all in Acid Free Storage Boxes for awhile...I think I can, I really do. Now to steam up my bathroom...I mean spa...OoooooAhhhhhh!

Don't visit my house. And I didn't even have minion duties. Alana ramblinwtham.blogspot.com

But....you post EVERY Day!!!! What a commitment and always so interesting

Hi Sue - the clutter here is terrible ... but I'm about to go off line and de-clutter some and chuck out loads of paper .. but books I have problems with .. still many need to go ... and the dust-mites and paper-mites will be distraught .. and this side of the room will get a dust - shock and awe as you say!! I need to put my rugs back down after the hip replacement and recovery and I've avoided that .. but now I must get on with it - it'll be nice to have the flat looking somewhat normal once again!! I'm determined to de-paper the place ...

Talk soon .. but After Shock of the A-Z is almost worse than starting it ... cheers and enjoy the weekend ... Hilary

"OverDoSueness" -- I love that. That's how I feel, too. Fortunately my mess is under and around my work desk and out of sight until I stand up. But, then I scurry out of the office before the mess overwhelms me. Cheers!
The View from the Top of the Ladder

Well, Sue, I'm happy I'm not the only one accusing after-effects from the Challenge. I'm kind of settling now, but for a week I felt like I had to do lots of things for my blog and wanting to do nothing... and both things weren't fine.
Ah!

I love your desk, it looks just the way a desk should look. ;-) Clean desks don't invite creativity in the way that messy ones do.

It's funny how empty things feel when you finish the Challenge, isn't it?