My Dad use to say...often..."No matter where you go or how far away you move...you always come back to your roots."

He usually said that while standing on a patch of dirt rooted in weeds right after we moved back to West Texas from East Texas.  But in the case of Grandfalls, he could have written volumes on 'Back To Your Roots'. He and his siblings were the third generation of Pittmans born and raised there.

So, his roots became my roots and Grandfalls the record holder for the most consecutive years of attending school in one place...1959 through 1964...7th grade through 11th grade.

When I say the Letter 'G' was a huge part of my growing up...that is an understatement.  There were Big G's on my chest, running down both arms and hanging on my bedroom walls. Needless to say, 'Red' was and still is my favorite color.

Two of the three 'G's' noted in this posts title were rooted together in one activity...Basketball.  Obviously the first one is Grandfalls...so on to number two...Grammar...a new word in the 7th grade. Until then it was Language on our report card, but lots of things changed when I hit Jr. High.  The boys got shorter, the girls got boobs, Arithmetic became Math and Language became LangArts with subjects, verbs and adjectives dubbed as Grammar and suddenly they could be drawn like a stick figure.  No wonder 'Adolescence' is so confusing. 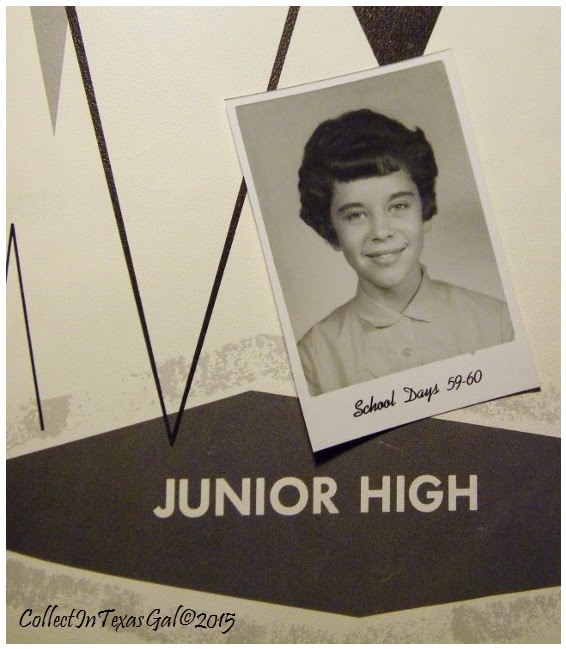 It helped that my LangArts/Grammar teacher was also my Basketball Coach who was on a quest to fill a roster of girls for his basketball team.   As a potential recruit with the longest legs in both 7th and 8th grades, I was not all that interested in basketball, but between the coach and my 1943 All County BB Mother I was convinced to play.  In the end we both won...he got a Player and I got a lifetime of lessons in sportsmanship, fair play, competitive spirit and more. Best of all, those two 'G's' led to a career as a Language Arts Teacher and Coach.

My oh my, how things have changed since 1959.  I can't even imagine what Coach would think about how technology has changed our Grammar use today.  He is probably jumping through heavenly hoops at the disgraceful grammar, punctuation and spelling that flows from my A's in LangArts brain.  Then there are the run on sentences and rambling...Gadzooks!  Sorry Coach!  It's a sign of the times!

Marcy....Random Thoughts and Tender Mercies
Posted by Sue McPeak at 4/08/2015

I could not live without spellcheck :) We used to play netball rather than basketball and I was as bad at it as all other sports I have ever tried, but it was fun.
Tasha
Tasha's Thinkings | Wittegen Press | FB3X (AC)

I was never good at basketball. LOL!

I wondered how you would tie basketball and grammar together. It's funny that the bball coach was the English teacher. Most of the coaches at my school were either PE or social studies teachers.

golly gee whillicker - that's a lot of Gs, but I do think that Grammar kept me on the straight and narrow in the world of English. Diagramming a sentence could be a work of art. Glad the coach as teacher thing worked for you - I always found the coaches to be useless (but those were males).

Hi Sue - I didn't have long legs ... so didn't much like netball, and particularly didn't like athletics when that was brought in ... but I did enjoy ball sports .. so hockey and tennis suited me ... all your Gs are good ... Grammar has never suited me either .. and I got lost at school ... learning Latin and French didn't help ... funny old life ... cheers Hilary

I actually like the "...you always come back to your roots." much better than "You can never go home again."

Red is also my favorite cover.

Glad to see you doing the A-Z again this year. I always love your post.

Grammar ball! That just popped out of my head. Sounds like a good gimmick to teach grammar. :-)

I'm glad you put those long legs to good use! Though I did well in grammar throughout school, I've been declining ever since. I live in fear that the grammar police will be coming after me soon. Your students are so lucky to have you, as you seem to put your all in everything you do! Love your adorable photos too, Sue!