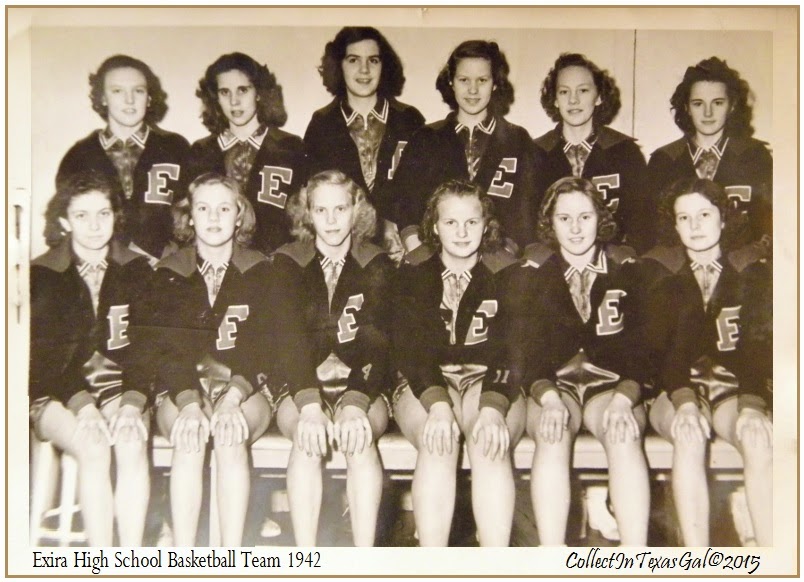 Today starts the 'Elite Eight' Bracket of 2015's March Madness.  It's a big Hoopla!  Of course you know that without being a College Basketball Fan as it takes up a good part of the evening TV viewing time the last couple of weeks in March and into April.  This year I noticed that Northern Iowa made it to the Sweet Sixteen Bracket before losing out to Louisville.  I mention this in particular as it reminded me of another Iowa Basketball Team...my Mother's High School Team.

The team photo is from the collection of Mother's BFF, Phyllis, with whom I visited last month.  Phyllis shared the photo and their 'Basketball Story' with me and now seems like a good time to share with my Family Readers and my Blog Readers. 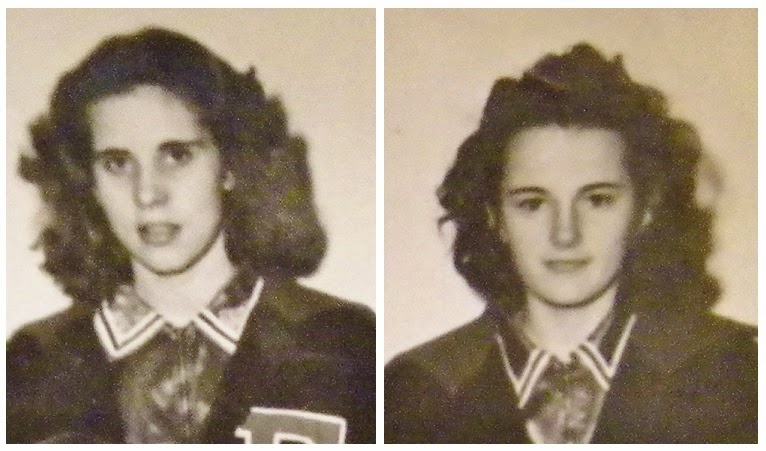 ﻿Thelma and Phyllis finished Country School with the eighth grade.  In order to further their education they moved to town and enrolled in Exira High School.  Neither one had ever seen a basketball game and new nothing about the skills or rules.

Phyllis remembered their first year in 1941, trying out for the team:  "All the town girls had been playing since 3rd grade, so we had to 'bluff' our way through...pretend we knew how to play...it was hilarious...very hard to complete.  During the summer, Thelma went to her Aunts in DesMoines, and when she got back she had grown 4 inches.  Until then we were the same height...then the Coach paid attention to her and gave her one on one training as a guard.  She was the tallest one on the team.   Thelma loved basketball." 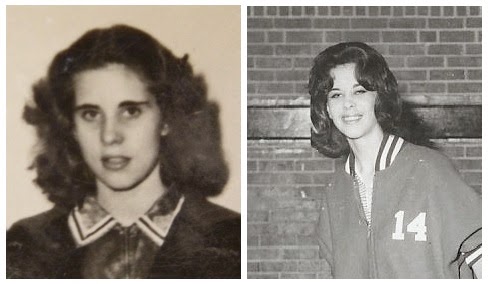 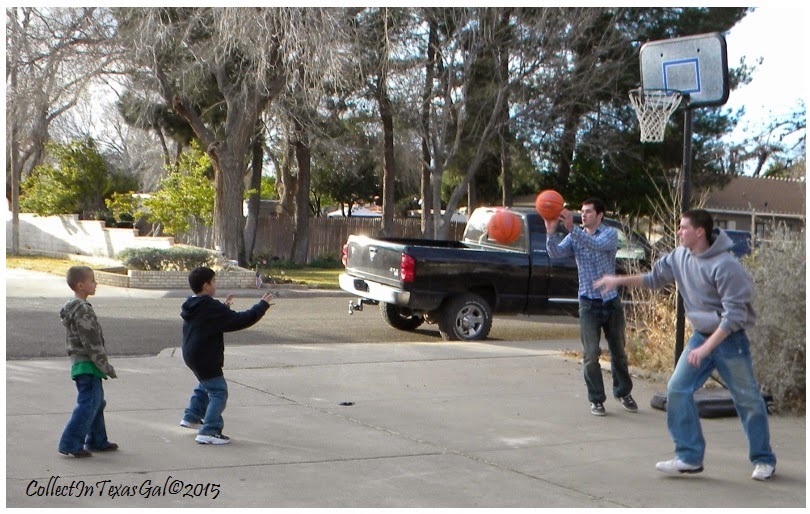 Hi Sue - wonderful to read .. and what fun to meet up with Phyllis and get these stories .. love the photos too .. Hoops go girl .. cheers Hilary

Always fun to share a sport or a game with several generations! I never played basketball and rarely watch it. But we used to have huge games of horse at my mother-in-laws house. Her children, their spouses (that made 14) and whatever children were old enough to participate. Volleyball was another biggie with the crowd. And frisbee. Thanks for bringing back the memories.

Truly a great post. Silly me, as I didn't realize Girl's sports were allowed back in the 1940's. I will confess I had a mental image that besides core classes they could take cooking or sewing classes. So, I really enjoyed this post and learning that young women were in fact allowed to play sports back then.

such a nice post and dribble down memory lane. I was never good at actual game playing, but decent at HORSE in the driveway. Got pretty good at the foul line too. Thanks for sharing.