I V Stands for Inner Voice 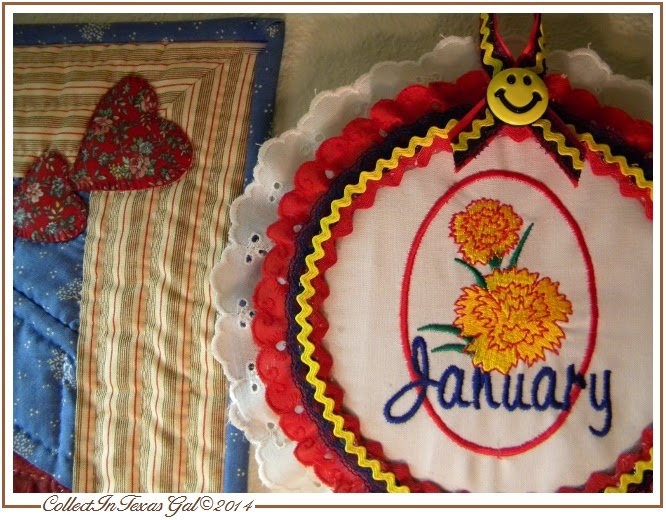 I have a tireless 'Inner Voice'. Always have. Most of the time, I 'Heed my Inner Voice'...especially when she punches me in the gut.

That 'Gut Feeling' has helped me make decisions both large and small. Some of such little consequence that I barely notice...like does this color go with that pattern...if my gut reacts with just a hint of nausea...it doesn't go and I move on to the next color and pattern.

There have been times when she all but doubled me over with that Punch to the Gut.  When that happens, I take heed.  At least I pause and think it over.  I'm trying to remember if she warned me about the consequences of  'Over Collecting' and 'OverDoing'. 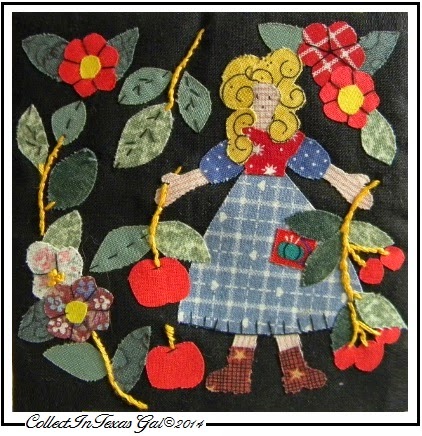 So now, after years of over collecting, over saving, over spending and over doing,
I am 'Over It'!
So far...no nausea...thanks, January!
Posted by Sue McPeak at 9/01/2014

What a fun post. I listen to my inner voice all the time. I love your photos.

At least your inner voice showed you a good method of organization.

Glad you enjoyed the post and good to know there are others out there who's inner voice speaks. So pleased to see you here today. Thanks for stopping by.

Yep, I don't have much choice but to carry on as I V is forever pushing me forward. I imagine you are more than familiar with yours.

I tell you she doesn't let me stop until it is 'over organized'. One of these days, she will be 'Over It', too! Know what I mean? I'm sure you do!

My inner voice has issues because I am a Libra, I always see both sides! Love the girl quilt piece.

Being able to see both sides...a positive for sure, and a sign of a well balanced Libra. Keep up your focus on others as you bring harmony and a sense of fair play to all who are lucky to call you friend. There...didn't know I was a Zodiac Medium did ya?