Wrapping Up the Summer SEW Gallery 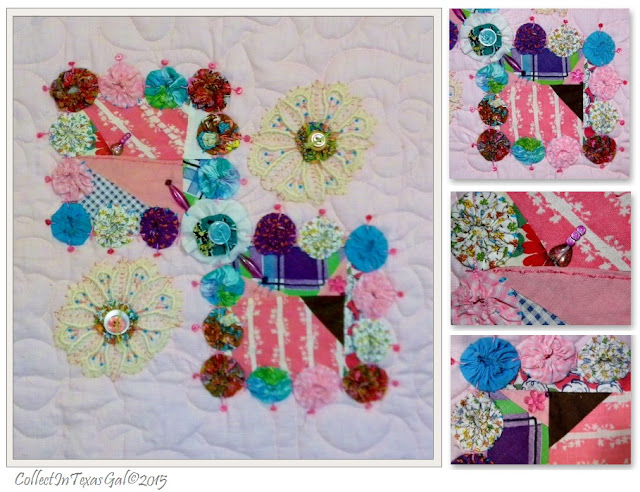 As of right this minute Summer 2015 ends in 22 days, 8 hours, 3 minutes and 30 seconds. That would be on September 23, but as far as my Summer SEW Gallery...it ends with this post...on this the last of August.  It has been another August of erratic blogging here on CollectInTexas Gal.  In fact, it has been a month of jumping from one project to another according to what drawer or box was opened in the moving of my Sewing Studio. 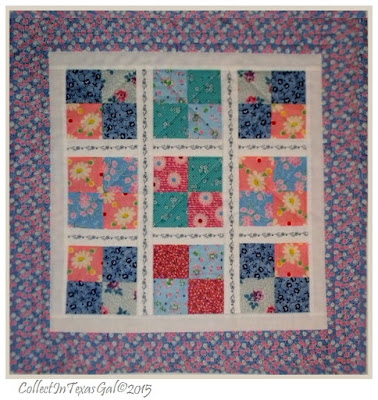 One would think I moved a long distance with all the packing and unpacking that went on in order to reorganize and begin another round of 'Stash Busting'.  When in reality it was a matter of shifting everything from the 'hottern' H E double L garage studio to an AC cooled front room.

What a nice change and such a boost to my 'Getting Er' Done' projects like the YoYo Sampler shown above and the small four patch embroidery quilt.  Both now added to the Summer SEW Gallery.

There is one more to add and that will finish up my summer sewing, quilting and hooping pieces.  It will make for a nice new batch of pieces to go in my First Saturday at the Chicken Farm Booth.

So, even though officially Summer is not over until September 23rd, I'm done with it, and declare tomorrow the beginning of my Autum SEW Gallery.  I already have a couple of really neat new projects for the 'Opening'...here's a peek... 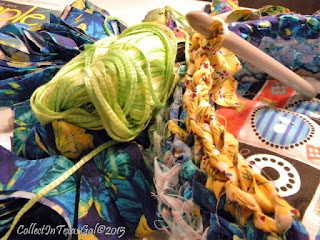 See Ya tomorrow for the Opening of the Autum SEW Gallery. 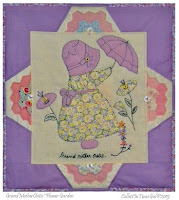 In case you haven't browsed through the Summer SEW Gallery...
just click on
Grand Mother Oatis's Sunbonnet Sue.
Posted by Sue McPeak at 8/31/2015

I feel the same way. On to fall! You always have so much going on, Sue! Busy bee!

I canNOT believe it is already September! But I can see the change in the sky and I FEEL autumn coming (although not temperature-wise and certainly not humidity-wise -- on those counts, it's definitely summer still).

fall is in the air. I've enjoyed your summer SEW gallery of colors. Looking forward to some deeper hues. As always, it's a treat to see a new post from you. Take care

Oh my, you are a serious seamstress and I love, love your gallery, all gorgeous!