The Three Yahoos...Who Knew We Stunk 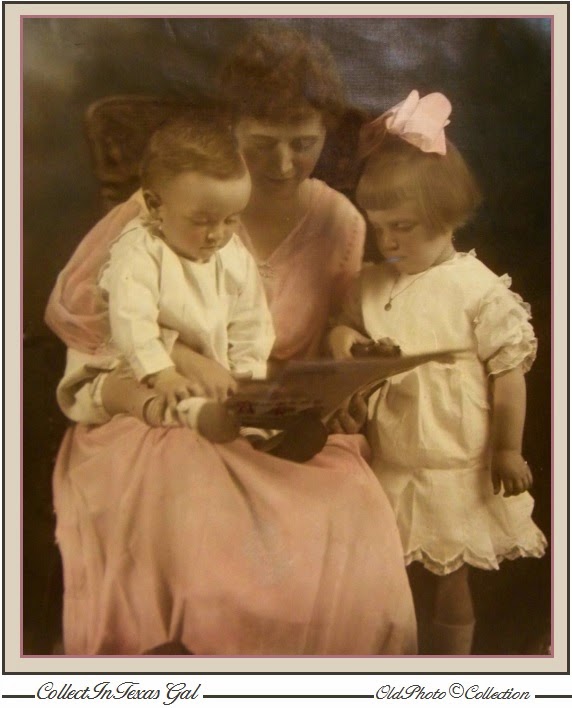 Is this not an idyllic photo?  For someone it captured and memorialized forever a special moment in the lives of loved ones.  It portrays an age old tradition of sharing the love of books and storytelling.  It was STAGED.

Yep, there's mom dressed in her lovely pink chiffon evening gown, Baby Bubba in his WHITE romper and Buster Browns and me...well, let's just say I can never, ever, ever remember having enough hair to hold up that humongous bow.  This was certainly not our typical 'Bedtime Story' scene.

If the truth be known, I can't recall mother reading to us...at bedtime or any other time for that matter.  She just didn't have time between working, cooking for a family of seven...sometimes eight or nine depending on what relative she took in...and she made most of our clothes.  By the end of the day...well again, let's just say...it wasn't the idyllic 'Bedtime Story' scene.

But here's the thing...Mother LOVED to READ! 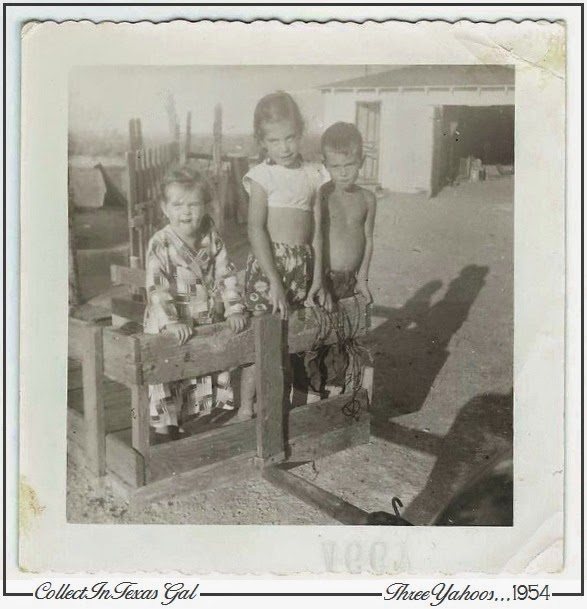 Between work, cooking, cleaning, sewing and gathering eggs...we had chickens, she would make time to read.  That was when she would herd us outside, latch the screen door and say, "You three Yahoos go play."  For years I thought of myself and my siblings as 'Yahoos', and that our mother used it as a term of endearment.
Not so long ago, I was telling my sister about mother calling us a 'Bunch of Yahoos'.  Her response was, "That's terrible, I can't believe she would call us that.  You do know what Yahoos are, right? " 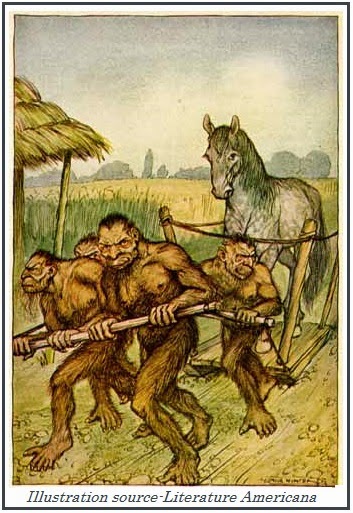 caption:  I saw coming towards the house
a kind of vehicle drawn like a sledge by four yahoos.
cliff notes characterization:  they are human in form and feature...and they stink.
Obviously, not!

Mom must have been reading "Gulliver's Travels." I wonder if the founders of Yahoo thought about that connection when they decided "Yahoo" was a great title.
Wendy at Jollett Etc.

I remember the expression from years back, but I never knew the negative side to it. Interesting. Now I'll have to remember who referred to be as a yahoo. :-)
Deb@ http://debioneille.blogspot.com

my mother in pictures always had huge bows on her head. Wonder if she was a fellow yahoo? clever post

Hahaha! I never knew what a yahoo was. My husband used to call our three that! It must be what his parents called him and his two brothers. I can hardly wait to tell him. ;-) Great post, Sue!

HAHAHAHAHAHAHA! I love the word "yahoos" and had NO idea they were...those...things...

As for the first photo, I don't know what you're talking about. I always wear my pink chiffon dress to read. I wear my blue chiffon to mop, though. Pink just isn't a mopping color.

That's new to me!
Your mum sounds an awful lot like mine!

You have a beautiful mother! I miss mine so much especially during the month of May! Love all your shares!