Time for 'The Next Generation' 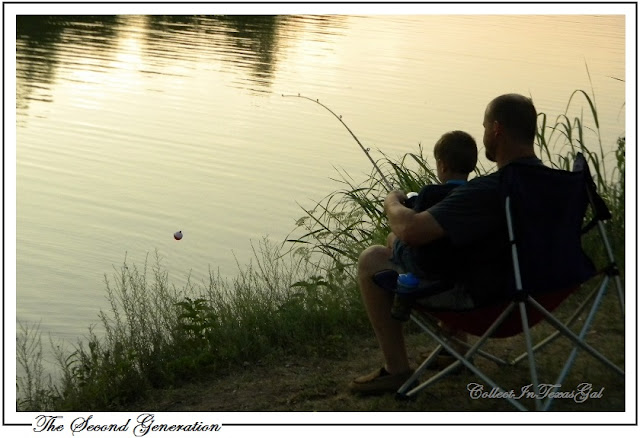 The 4th of July has come and gone with it's 'All American' traditions of hot dogs, *iffy potato salad,
fireworks and sharing a special 'Moment In Time' with the next generations.
This year I have a renewed appreciation for the significance of the 4th of July's 'Let Freedom Ring' with the time I've spent researching and writing about my Colonial Ancestors.  It has been an amazing journey from the Colonies of Virginia through the backwoods of South Carolina, down the Ohio River, across the Kentucky frontier and finally to settlement in Georgia.  Thanks to my Fifth Great Grandparents and their children, our family is deeply rooted in the establishment of the Southern Baptist Faith, the fight for Independence in the Revolutionary War, and the perpetuation of the great American Pioneer Spirit. 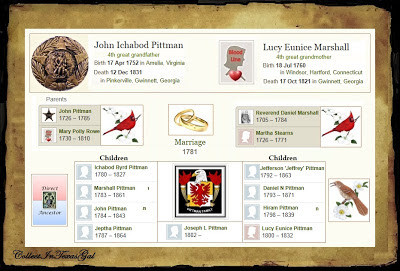 Now, it is time to move on to the 'Second Generation' in Tracks of My Georgia Ancestors.

John Ichabod Pittman as son of the First Generation of Pittmans in America has been established in that periods history and referenced numerous times.  His early years are as described in the previous accounts of his brothers Buckner and James Greene.  Their migration from Virginia through South Carolina and settlement in Georgia are documented in the earlier writings of the Pittman Colonials.  Although, John Ichabod was born and raised in the Colonial Period, as our Direct Descendant, he will stand as the first of 'The Second Generation of Georgia Pittman's.

Lucy Eunice Marshall's early years have also been written about and closely connected with the Pittman Family as a result of religious ties between her father, Reverend Daniel Marshall and John I. Pittman Sr., father of John Ichabod.  Their association and lifelong friendship have been written about in length in this account of Tracks of My Georgia Ancestors.
With that said and their background firmly established in the Colonial Period,  we will begin
'The Second Generation' of Tracks of My Georgia Ancestors with
John Ichabod Pittman ~ Private Continental Army
Second Georgia Battalion
Fourth Great Grandfather A Continental Freedom Fighter

*My favorite July 4th Quote..."You have to love a nation that celebrates its independence every July 4, not with a parade of guns, tanks, and soldiers who file by the White House in a show of strength and muscle, but with family picnics where kids throw Frisbees, the potato salad gets iffy, and the flies die from happiness.  You many think you have overeaten, but it is patriotism."  Erma Bombeck