Great Granddaddy had a Second Wife!!! 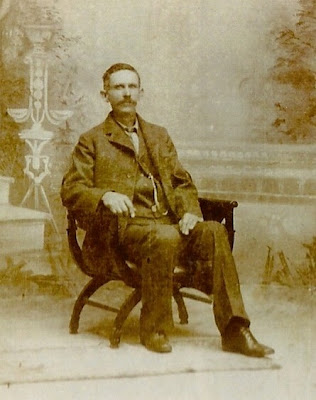 Forever more!!!!
A Family Tree Secret!!!
Well, at least it was NewNews to me and I bet it would have been to my Family Genealogist Aunt Irene.  In all of her notes, letters and Family Tree Group Logs there was nary a hint that our Father of Our Country Named, Confederate, West Texas Pioneer, Ancestor had another wife.

I guess I'd better clarify Father of Our Country Named, huh?  He was named George Washington Pittman.  Now that sure outta get me some extra attention on Ancestry.com's Famous Family Member Status.  And if that doesn't do it, maybe my Granddaddy's name will hit the Top Ten Famous List. 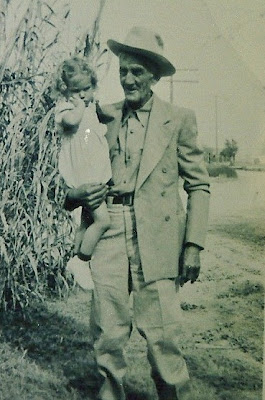 I think he might look a bit like that guy that discovered America and Texas....ya know...Columbus!  Yep, George Washington kept the famous names going when he and his First Wife Betsey named their son Chapel Columbus.

It seems George Washington was alot about gathering 'Famous Named Folks'.  Wife Betsey...OMGosh do you think it's possible...after all I do sew and fly TheFlag on my front porch EveryDay!  Anyway, George and Betsey stuck some pretty unusual names on their kids.  For instance my Great Aunt Beaulah Magnolia...eyes rolling.

Do ya think they might have some Southern Roots?  Course I already mentioned George DubYa...had to get another Presidental Plug in...was in the Confederacy.  Those Southern Roots were deep in that Georgia dirt and besides Beaulah Magnolia...gosh I hope they called her Maggie....there was also a Great Great Aunt Savannah and a Great Uncle Othello. 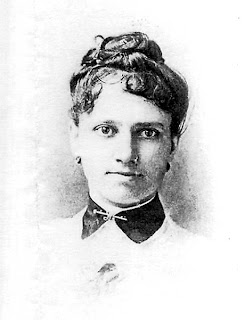 I know what you are thinking, and I already checked it out. The Family Tree does go back to England, and I'm waiting on the Shakespearian Connection confirmation.
Aunt Irene did make a note about Great Great Aunt Savannah that I thought might turn into a 'FlutteringLeaf' hint on  Ancestry.com.  "George W. had three sisters Jenny, Lizzie and Savannah....she married a 'Rich Old Man'."  Unfortunately there was no Hint, but the 'Rich Old Man from Georgia' turned up some pretty interesting names...a couple that had Presidential possiblities.  Oh Boy!  More Fame!

In case you are curious about how all these Georgian's came to be my Texas Ancestors, I guess now is a good time to tell you that George Washington...granddaddy not President....sailed across the Potomac River Mississippi River in a Covered Wagon and landed on the Pecos River.  That's right ya'll....The One and Only Judge Roy Bean West of the Pecos River.  I know what you're thinkin'....I'm checkin' that out now...will let you know later about my Great Great Aunt Lily Langtry Pittman. 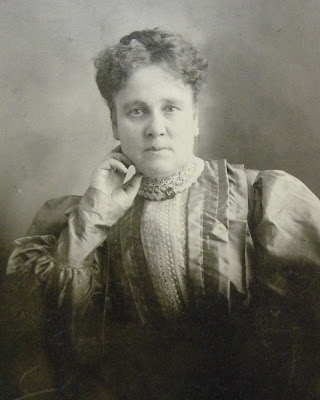 I guess I've gotten a bit carried away with the 'Famous Family Names' and nearly forgot about George's Second Wife...the other woman.  Bless her Heart she didn't have a famous name like his First Wife.  Her name was Nancy Anne.  Now, I don't know much about Nancy Anne except she was married before, too.  So it seems my Widower Great Granddaddy married Widow Woman Nancy Anne on January 1, 1899.  They were married nineteen years until her death in 1918 in Pecos County, Texas.

Now, I know what you are thinkin'...I'm going to check it out some more, but the possibility of The Law West of The Pecos/Lily Langtry/Judge Roy Bean Connection is definately in the 'Big Picture'.  Course a 'Judge' is sure a step down from a 'President'... but a 'Hangin' Judge...now that's gonna be one for the 'Top Ten Famous Family Member' List.

You know, it seems my Ancestors had a tradition about naming their kids after famous people and family members.  It makes me wonder why my Mamma and Daddy didn't name me after one of my Grandmothers or Aunts.  I wouldn't have minded being Maggie Sue or Savannah Sue, but I definately am glad not to be Beaulah Sue.


I get enough grief with all my BS writing without confirming it by signing my name B.S. Pittman
Posted by Sue McPeak at 8/12/2011

This is such a cute (and funny) post Sue (so happy not to be calling you BS). I really get a kick out of your ancestor stories. I too dig around in the family trees and branches (mine and hubbys) and find the most interesting things. It all got started when.....well it's too long to go into here.

I've been doing genealogy lately and have come across pix of great grandparents I've never seen before. Isn't that amazing, sugar, to not have any pix of our antecedents?!

I also want to say that I wish EVERY BLOGGER would get cameras as good as yours - or mine. Some photos on some blogs I can barely see because they're so tiny but also, the cameras are just terrible!! Love YOUR pix!!!

Nice post and nice to hear you have some Georgian Blood in you.

I am so loving this post - we found out that my great great great grandfather was married 2x too! We've traced things back to England too maybe we're related:)

I think you should be grateful to have dodged the Beaulah Sue! I was named for my grandmother - an odd enough name as it is - but I am forever grateful that I dodged her middle name 'Euphemia'.

Well you've gone a lot further back in your heritage than I have. I going to have to break down and pay for the information I guess.~Ames

Having a grand time now enjoying your shares, Sue. Mine is done, had a fabulous time finding out all the wee
secrets' tucked into the woodwork, so to speak.

Would you be so kind to leave a comment on my BLOG ONLY, for the Miracle Makeover fund drive. Charlie, 8 yr. old, & his story are fabulous. Every comment brings us a $1 for the next person that will be sponsored.

My dad use to say be careful sifting through the family tree! You might find out things you don't want to know! But I think you have a dreamy story here! My grandmother had a cousin that was, dare we say, D I V O R C E D ??? Then R E M A R R I E D !!! I loved that woman and she was so smart and sassy and had so many wonderfuls stories to share. When she passed away she left me her earrings. They are quite odd but lots of SLOVEnian women have these same earrings so I think they were some sort of symbol to our heritage! I love reading your blog! Hugs Anne