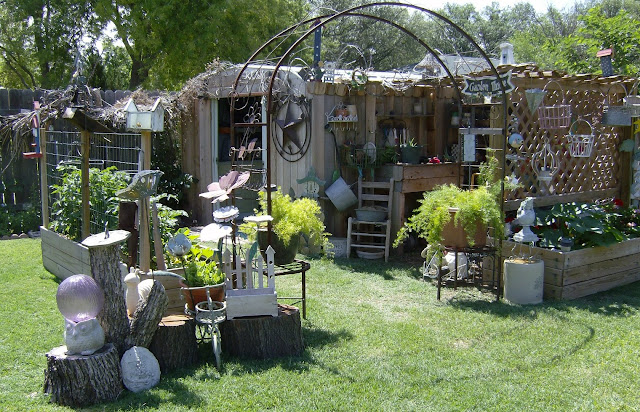 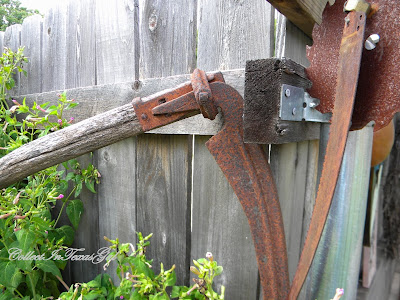 No wonder digging in the dirt has long been a favorite past time of mine....I guess you might say it runs in our DirtDiggin' Genes Jeans.

As a Texas Gardner...fancy name for Dirt Harder Than Rocks Farmer...I have accumulated a few tools handed down from the Iowa Family Farm.  However, my Great Uncles scythe...even in it's sharpest day...would not help much in clearing Texas mesquite.  It's now over 100 years old and hangs on my backyard fence.
﻿ 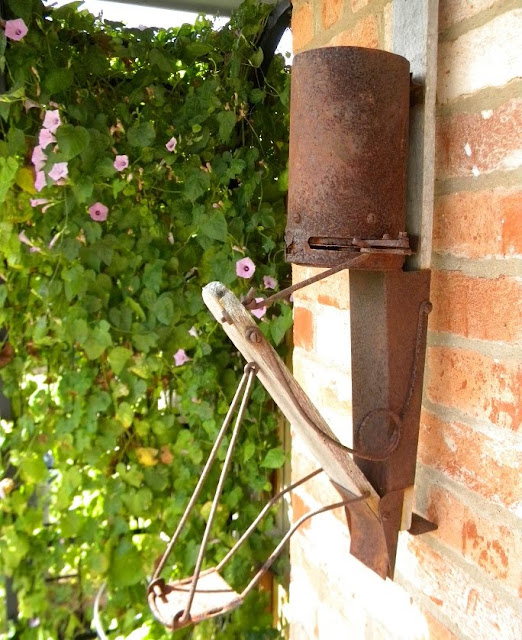 Then there's the Corn Row Seed Planter....that's it rustin' restin' on the side of my house.  It planted many a row of Iowa corn in it's day in Iowa.  When it moved to Texas, it refused to drop a single seed in the rock hard Texas dirt.  That's okay, cause the year I raised corn I started the seeds in the green house in February and transplanted them in April.  Uncle Eugene...Iowa Corn Farmer and Seed Planter user said, "You can't plant corn like that!"  Really, I said, nobody told me I couldn't, so I did! 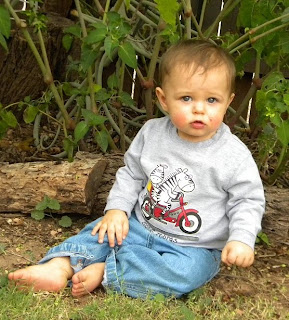 That was the sweetest corn I ever ate.  Wonder if it could have been from the sugar ants in the green house dirt.

My Mama and Her Mama will always be Iowa Farm Girls...and Me...I'll always be a Born In Iowa Raised In Texas Gal with Iowa-Texas Dirt in my Genes Jeans.