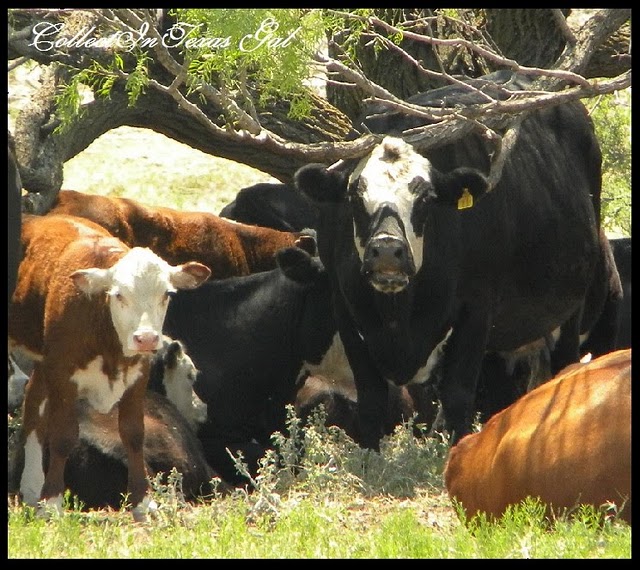 Look Mama, SHE's doin' it AGAIN!
What's that SweetPee?
Usin' us Heifers on CollectInTexas Gal Blog Thingie!
Oh, PoopPatties, are you serious?  Now what's SHE sayin'?
Surely SHE's not gonna go over that PooFuel thing again...that's so embarrisn'!
Now, the Barnyard Bash was kinda fun, and we had plenty of Chips for makin' CowChip Cookies!
Mama, are we BEEF?
Ya know, SweetPee, I do recall our TwoLegger Rancher comment somethin' about how my Rump would sure make a fine piece of Swingin' Beef and Tasty RumpRoast.  I was pretty flattered and just started Swingin' my Butt a bit more and Swishin my Tail at the flies with a little more finesse.

Well, Mama, I think we might be in some real serious trouble this time. Whatda ya make of this..... 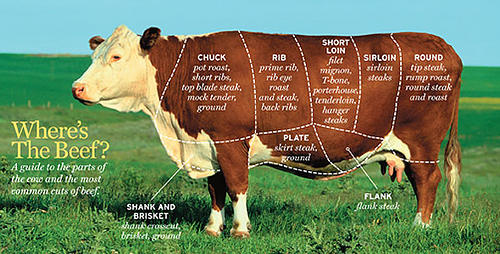 OMGosh, SweetPee, is that Mabel?  Ya know that day SHE was here with that thingie SHE called NeatONikon and kept saying "Smile Heifers", and Mabel was posin' and actin all uppity like she was the only Heifer in the Herd....I knew in my Brisket somethin' was not right!

Mama, are the Longhorns Beef, too?  Cause my friend TBone's Mama has one heck of a Swingin'Rump and his Rancher says Longhorns are endangered in Texas.  Mama what's a Ranch?

The word ranch is derived from Mexican-Spanish rancho, which denotes the home (headquarters) of the ranchero. Cattle ranching has been a major Texas industry for nearly three centuries. As early as the 1690s the Spaniards brought in stock with their entradas. Ranching as such dates from the 1730s, when herds were loosed along the San Antonio River to feed missionaries, soldiers, and civilians in the San Antonio and Goliad areas.

During the Civil War Texas furnished beef to the Confederacy.  Cattle multiplied until they were estimated at eight per capita of the population. Unbranded cattle by the thousands roamed the range. At the end of the war, steaks and roasts were selling in eastern markets at twenty-five to thirty cents a pound, while a mature, fat Texas steer could be bought for six to ten dollars. The same steer was worth thirty or forty dollars at the end of the trail. Texas was cattle rich, but the way to market was through storms, across swollen rivers, and into hostile Indian country. In 1866 Texas trail herds began marching to Montana gold mines, New Mexico Indian reservations, and Kansas railheads. Within two decades more than five million head had been trailed to outside markets. In the late 1870s, after the Indian menace ended in Texas, the cattle industry leap-frogged to fresh pasturage in the Davis Mountains, the Big Bend, and on the plains of west Texas.

Today, Texas beef producers have adopted modern technology in their operations. They use electric branding irons and hire "helicopter cowboys" to round up and drive cattle to corrals. Ranchers employ computers to enhance management and to obtain information on prices and markets and Purebred producers are responding to consumer demands for leaner beef. The day of the longhorn and the sprawling Texas Ranches have been replaced by the rise of commercial feedlots, sophisticated slaughter and meat-packing industries, spreading use of computers, and an intensive search for export markets. On many ranches hunting leases have replaced cattle raising. 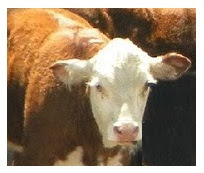 Mama what's a Hunting Lease?
I don't know for sure SweetPee, but  I see those signs posted around our pasture that say
NO HUNTING!
So maybe that means theres' NO BEEF Here!
Mama, what's Alphabe~Thursday?

I'm not sure, SweetPee, but CollectInTexas Gal says it has somethin' do with the Letter B and BEEF, so we will let HER Post a
NO BEEF HUNTIN'
sign by Jenny's  Alphabe~Thursday sign.

This is such a clever and informative post. At times you really put a grin on my face. The things that pop up each week on Alphabe Thursday amaze me. This is all such fun.You did a great job with this one, gal.

My husband was just telling me over lunch that he had been watching a hunting program where they were on a hunting ranch in Texas. Supposedly the ranch was a big as Rhode Island. (Don't know if it true or just a big Texas Tale.)

How clever~ Love your top photo! I got a chuckle out of "I knew in my Brisket somethin' was not right!" Absolutely No Beef Huntin' in my book :-)

I just love this! I must admit, my favorite way for beef is on the hoof as evidenced by my 13 year old steer!

This was great! And very informative too. ~Ames

Thank you for sharing that information and the sense of humor! (Very cool longhorns too - love the pictures)

that was a totally interesting post ... however i got caught up looking at the little cutie patootie on your sidebar ... he's quite the little fella!

That was brilliant thank you so much for making me smile oh and hungry. Would love a piece of RARE steak even tho it is breakfast time here

What a great post! I learn so much from popping in! Thank you!

I learned a lot. Thanks! Love the pictures.

I know where the beef is now!! Great post as ever.
Ann

Each time I see a cow with her long eye lashes looking at me I swear I would become a vegetarian, but unfortunately I don't keep my word, lol !

Girl, I knew you would have a smile here waiting for me. And, I was right. I have a big ole grin on my face right now.

And, your blog is looking fabulous!

I never learned so much about beef before!

Sue, you are incredibly clever.

I enjoyed this link start to finish. I think you're missing your calling girl. You should be writing books! For sure!

Or maybe you already do!

I really, really enjoyed this stop on my little journey through Alphabe-Thursday.

And I'm still enamored of that sun in your header! I need one just like it! Let me know if you recall where you got it!

Thank you for linking!

Very informative and fun post to read! I love all the photos too!

Sue, this is a great post! Love the photos. You are always entertaining! ;-)
~ Sarah

You really taught me a lot here. I had no idea! And it was fun, too.

Well, I love a cow....particularly our Texas longhorns....and I don't mean the University (Go Tech)...ha. We have several longhorns down the road and I often stop and admire them. Of course, my favorite meal is steak....what can I say. We call it our "death row meal". Cute post and informative!

LISTEN UP!! THIS IS IMPORTANT! Women NEED beef! It is the BEST source of IRON for women. I am not just saying that because I LOVE it. Do some research!

This was a wonderful and informative post. Thank you for sharing this beautiful B story. Anne

I love this kind of post - make me laugh and teach me something and you've got me hooked, so I'll just have to become a follower.

who knew reading about this could be so fun! Well done.