The Story of Christmas Ornaments 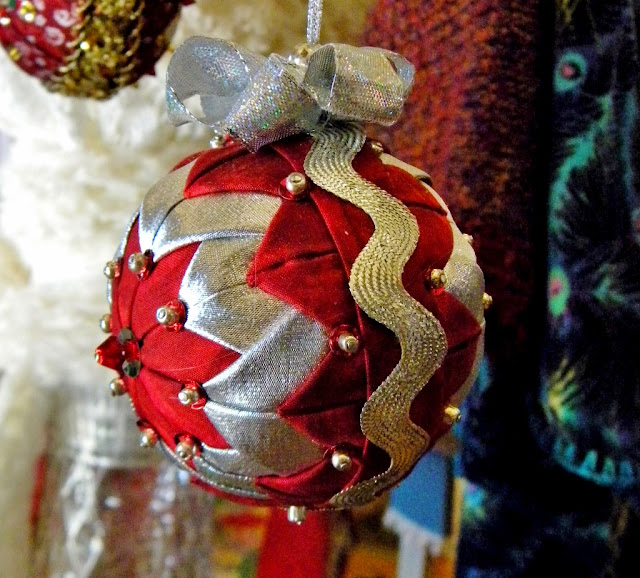 As we all know, Christmas ornaments take on many different forms, from a simple round ball to highly artistic designs.  The ornaments I made this year are...I think...both.  Made to sell in my Studio Shop, it is my hope they will fall into an age old tradition of being reused year after year and added to someone's collection. Even become a family heirloom to be passed on from generation to generation. 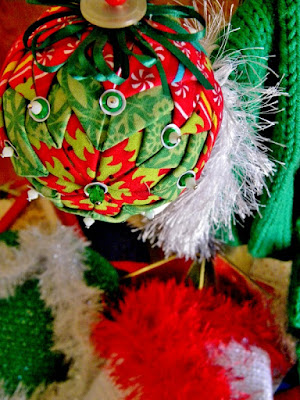 Lucretia P. Hale's story "The Peterkins' Christmas Tree" tells about the Ornaments used in the 1870's.  Some still relevant today.  "There was every kind of gilt hanging thing, from gilt pea pods to butterflies on springs.  There were shining flags and lanterns, and bird cages, and nests with birds sitting them, baskets of fruit, gilt apples and bunches of grapes". 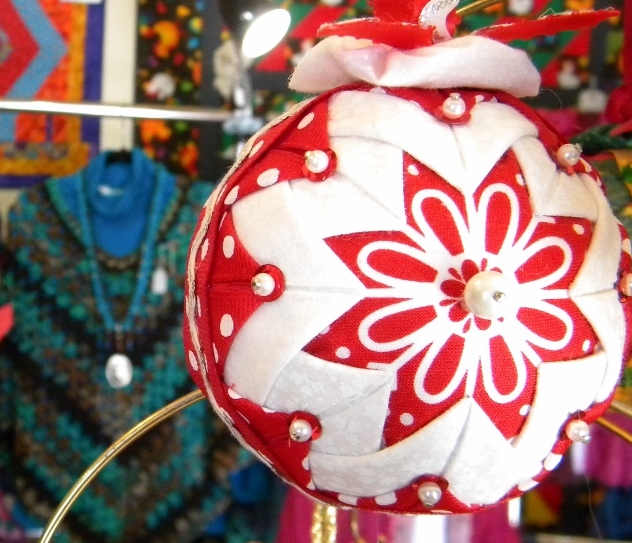 The first decorated trees were adorned with apples, white candy canes and pastries in the shapes of stars, hearts and flowers.  Glass baubles were first made in Lauscha, Germany, by Hans Greiner (1550-1609) who produced garlands of glass beads and tin figures that could be hung on trees.  In the 1880's, American F. W. Woolworth discovered Lauscha's baubles during a visit to Germany.  He made a fortune by importing the German Glass ornaments to the United States. (Wikipedia) 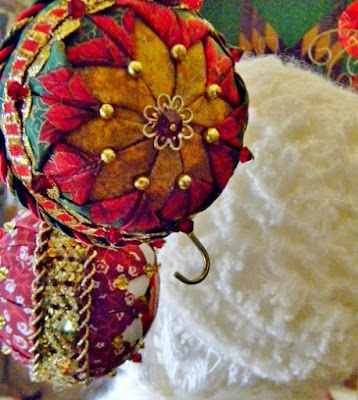 Now to the 21st century where Handcrafted Christmas Ornaments have become a staple of craft fairs and many online businesses owing much of the success to both the internet and growth of Artisan Communities and Shops.  Just another example of  'history repeating itself'...with different mediums and quicker access.

However, nothing beats shopping in quaint and unique 'Brick & Mortar' shops
with shopkeepers who can tell you
The Story of Christmas Ornaments.
PS...Links for Ornament Collectors:
Woolsworth Ornaments
Vintage Christmas Ornaments
CollectInTexasGal...Origami Ornament Sampler,  We Call Her Mrs. Claus,  The Touchable Tree
Posted by Sue McPeak at 12/19/2017

Your ornaments are beautiful, so talented work! Merry christmas to you Sue!

Gorgeous work. Very rich and worthy of handing down for generations