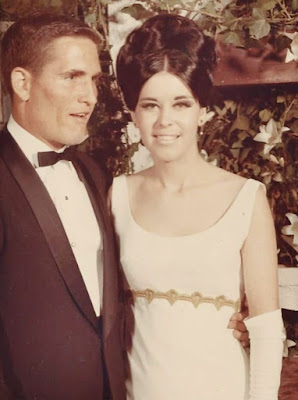 Born in the 1940's and raised in the 50's and 60's has pretty much stamped us as a 'Traditional Couple'...except for our 1965 un-traditional wedding.  Although, running off to Mexico has made for a good story all these years.

I wish us many more years of
happiness and unconditional love.
I love you and Happy 1st Anniversary.
We may have even made the card on a paper napkin or notebook paper....college kids, ya know.  If you look closely at HiHoney's chin, you can see we spent our meager dollars on bandaids, and for me...big cans of Aqua Net! 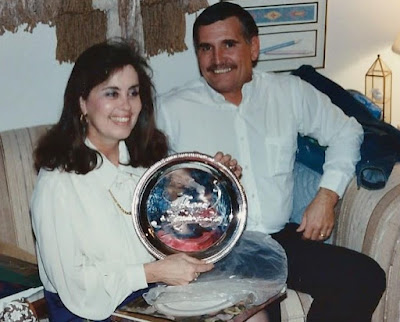 Like I said, we are a traditional couple!
On our 25th Anniversary our 'Families' threw a Silver Jubilee Party...complete with silver platter.  Our gift to each other was traditional Oak Dinning Room Furniture.  Furniture, traditionally, is a 17th Anniversary gift...we couldn't afford oak then.  We renewed our vows...this time in English...with our families as witnesses instead of crying, newly christened babies and a Mariachi Band. 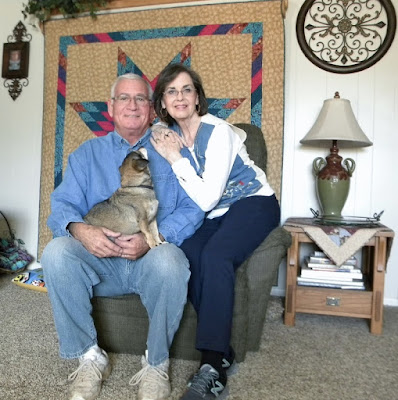 Funny thing about Traditions...they change with the passing of time.
In 2015, casual has become the tradition.
Studio portraits have been replaced with Selfies.
Home is where the heart is, and where we are spending our
Golden Anniversary.
Posted by Sue McPeak at 12/29/2015