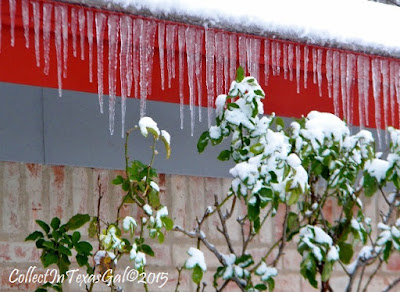 It has been 25 years since it snowed on our Anniversary.  I remember it very well as we took our Anniversary Trip to Sante Fe New, Mexico.  It was the first 'Blizzard' there in probably 25 years.  What timing! 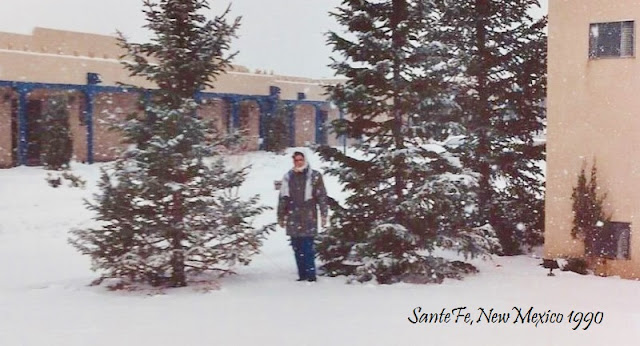 Obviously, future weather conditions was not foremost in our minds when we decided to elope to get hitched in Juarez, Mexico, on December 27, 1965.  It was a bright sunny morning when we left for El Paso.  Yep, it was a good day to get married in sunny Juarez.  It was also a good day for christening babies, Mariachi music and noon siestas.  By the time the Judge awoke from his siesta, christened thirty or so babies and found an English speaking interpreter for our 'I Do's', it was downright hot.  So, no, we didn't give a thought to what December weather would be like for future anniversaries. 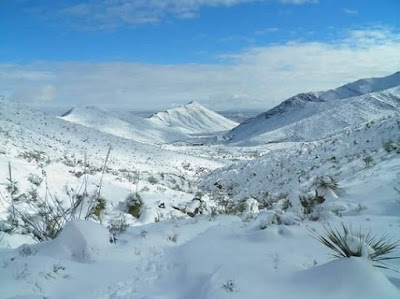 This year we talked about taking our camper and going on a short trip to one of favorite places in the Davis Mountains for our 50th Anniversary.  Now, the Davis Mountains are a hop skip and a few hours drive from El Paso.  It came a blizzard in El Paso on Saturday, the 26th.  The Sun Bowl crowd was in shock!

There's a lot to be said for being older and wiser, as we checked the weather forecast days before we were planning to hook up the camper and head west.  As it turned out, most of West Texas was covered in record breaking SNOW including our favorite place, the Davis Mountains.  (photo: Lone Star Weather Center 12-28-15). 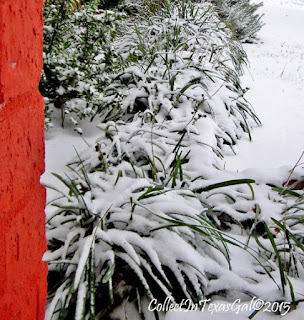 So instead of getting on Texas roads, we went to Texas Roadhouse for our Anniversary Margaritas and Mariachi music.  The only baby there was our own...our 43 year old Son...and his bride of 16 years this coming May.  It is nice they planned for their future anniversaries to be in late spring when the weather is more accommodating and there aren't conflicting 'Once A Year' big events.  Oh, wait!!!  They got married on Son's Birthday!
Posted by Sue McPeak at 12/28/2015