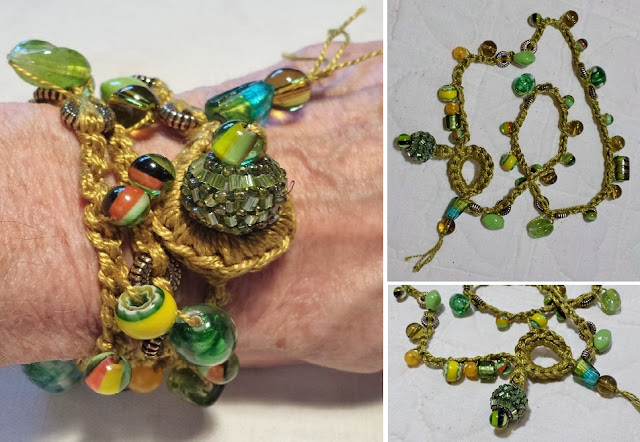 Have you noticed how the 'Boho Trend' has caught on fire in Fashion, Jewelry, Home Décor and just about every aspect that pertains to the Design Industry?  I have always been drawn to the Bohemian/Gypsy/Hippie look and culture.  I once was a young wannabe Hippie Girl, but Lone Star Cowboys and Iowa Farm Girls did not raise Flower Children...unless named Daisy, Violet, Rose or even Petunia. Can you imagine...Petunia Sue!

It wasn't until I began researching my Iowa Farm Girl Mother's Family Tree, that I understood why I felt so drawn and in tune with the Bohemian/Gypsy/Hippie culture.  Turns out my Mother left behind her Czech ancestry and converted to Texan when she married a Texas man...that story Love At First Sight.  Truth be told, she was almost as surprised at her Bohemian heritage as was I.  She never knew her immigrant grandparents and her parents were intent on becoming successful first generation American farmers during the difficult years of the Great Depression. 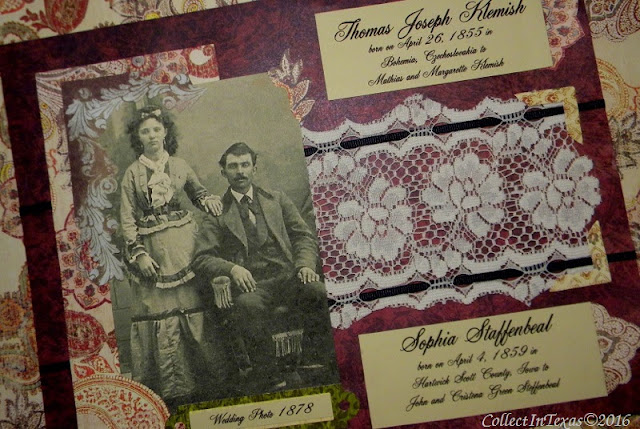 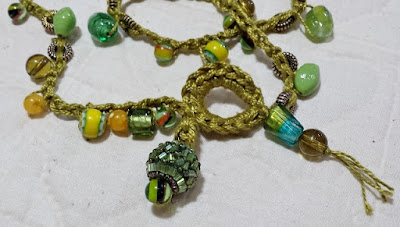 'Zelena'
One of a kind Boho 3x wrap bracelet with Czech glass beads crochet embedded in 4 strands of satin finished Perle Cotton cord. Hand beaded in seed beads, the round closure bead fastens the wrapped band comfortably around a 7-8 inch wrist and slightly looser on a smaller wrist. Bracelet measure 25" from Loop to Closure Bead. Can also be worn as a necklace or ankle wrap.
﻿
'Zelena' means green in Czech...the language of my Bohemian Ancestors.﻿
Posted by Sue McPeak at 5/29/2017

Email ThisBlogThis!Share to TwitterShare to FacebookShare to Pinterest
Labels: Ancestor of the Month, Jewelry