Tuesday Tip-When All Else Is Exhausted 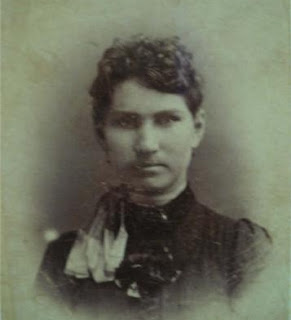 Since becoming aware of the 'Whole Wide Worldweb' Genealogy Community,  I've been overwhelmed and amazed with the resources for folks like me who are just lookin' for their ancestors.  Like the decendents of Texannah Pittman who posted this photo of her as a public image on ancestor.com.  Texannah is my First Cousin 2Xremoved.

Who knew there was such a thing as a Webinar or that folks could face the world on Facebook and Tweet their ancestorial origins in a short 140 letter space or less.

My grandkids wanted to hook me up for Tweeter, Tweetree, Twhirl, Twitterfon, Tweetie, Twittererific, Tweetdeck, Twitpix and something that sends every message to my cell phone and every other program within the texting world. My phone was beeping every three minutes with the details of everything except the bowel movements of the entire next generation. I was not ready to live like that. I kept my cell phone in the garage stuck down in HiHoney's golf bag until granddaughter could de-Tweet all the Twitterin'. 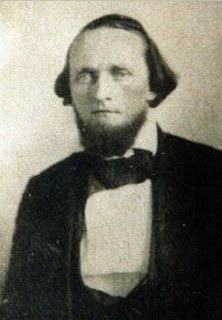 Now, don't misunderstand, I have been exploring this 21st Century Genealogy www to the point that morning coffee is called java-script and meals are worked in around Bloggin' and Researchin'.
I'm very impressed with all the professionial genealogy resources and organizations, and I've explored some of them in the attempt to upgrade my Amatuer Ancestorial Accountability.  Afterall, my Texas Ancestors deserve my best efforts in the telling of their stories and as I said in my Interview on GeneaBlogger....Every person in your Family Tree is Significant in Time for ‘there is no such thing as a life not meant for the person living It.’ ~ Louis Simpson

In fact, I've made some unbelievable finds in the Genealogy Groups, like the photo of my First Cousin 5X removed, Pleasant Owen Pittman.  Doesn't he look like a pleasant guy?  Found his photo on Ancient Faces, a fantastic source for old photos and where one's old photo's can be posted.

And while I'm sharing some of the Genealogy Websites I've discovered,  I'll just point out my Genealogy Blog List over on the SideBar.  If you are into reasearching your ancestors, these are some of my favorite Blogs and Websites that have been so much help with Tracks of My Texas Ancestors. 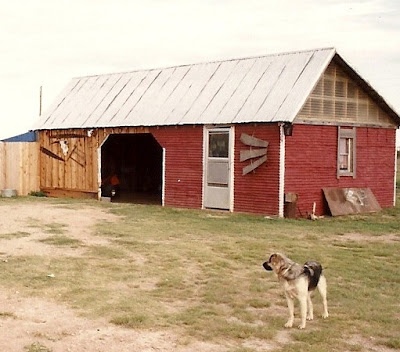 Why even my Pittman Family Barn and our dog Max made Google images under the search for Pittman Images and Pittman Family Images.  The above photos of my Cousin Ancestors are there as well.  At first I was surprised to see photos I had posted on CollectInTexasGal/Tracks of My Texas Ancestors on Google and other Search Engines.  I was such an Amatuer! 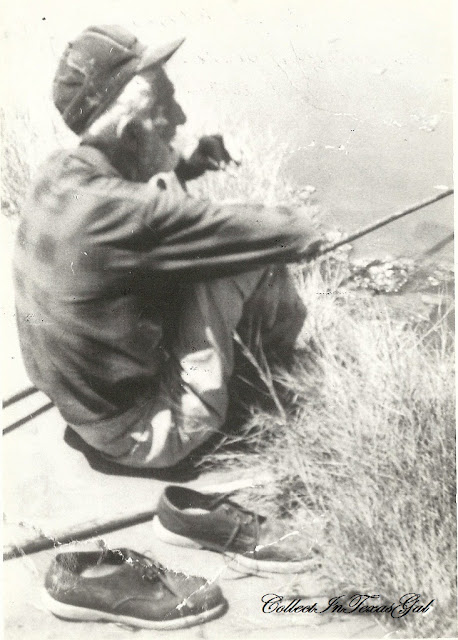 This is the next photo I hope to see on Google when searching for my
Grandfather Columbus Chapel Pittman.
My Tuesday Tip?
Sign your Photos!
You never know when it will lead to Another Ancestor Tip!
Ya'll come back for...
Chappo Pittman Fishin' on The Pecos River!
Posted by Sue McPeak at 11/08/2011