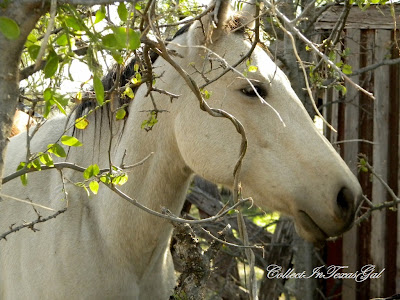 "That dang bronc had thrown every cowboy on the ranch including me more than once. We were about to send him to pasture, when Gid drove up in that broken down thing he’s so proud of.

He asked us if that sorry mount was too much horse for all us broken down bronc busters. A couple of the older wranglers swelled up and said they’d get that black devil broke before the week was out.

Gid opened the gate, walked around talkin’ real quiet and soothin’ like, all the time inching closer to the horses’ head.   We was all gettin’ a spot on the corral fence thinkin’ we’d be seein’ that ‘Old Man’ hit the dirt like the rest of us had done tryin’ to break this black beauty. It was somethin’ to see, I’ll tell ya that. That horse was bewitched or somethin’. He never twitched a muscle as Gid stroked his neck and talked in his ear. I had a hell of a time just getting the saddle on him not an hour earlier, and there he stood as docile as an old broodin’ mare after pitchin’ everyone of us in the dirt." 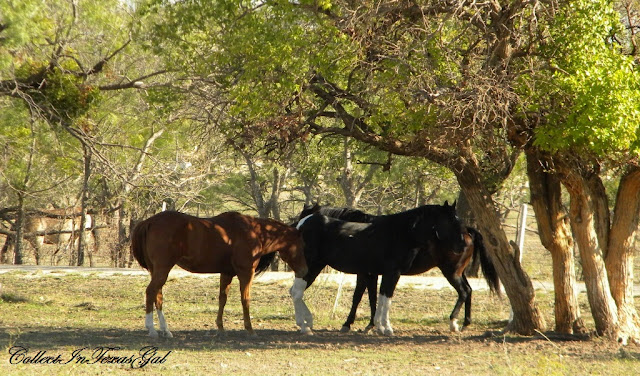 My Dad, the Bronc Buster, told this story many times while we sat on the 'Horse Whisperer's front porch.   The stories always started out with, "Gid, do you remember the time when...".  And then Dad would tell about how Gid could charm horses, all sorts of critters and people.  Why he knew for a fact that Gid could charm a rattlesnake right out of it's skin.  Gid was a remarkable man with many talents and a photographic memory....so they said.


Rattlesnakes, Sidewinder and Flyin' Contraptions
by Sandra Sue Pittman
The days had passed into weeks and the weeks into months, and as time had a way of doing, the months added up to a few years since Bob Offield* had seen Willard and MD. Those Pittman boys were the closest folks he could call family. “Lordy, I sure regret not makin’ the marriage to Martha Jane* work out,” Bob thought as he sat rockin’ on the same porch where Willard and MD visited mite near everyday after school. “Yep, those two rowdy boys growed up purt near right before my tired ole eyes and left Chappo* livin’ by hisself down there by the ‘Ditch’.”
Last he’d heard MD had joined the Air Force. Now that was somethin’ to think about. Air Force. It taxed his mind to understand all them new fangled flyin’machines. It amazed him to see the planes fly overhead as they took off and landed at the Rattlesnake Air Field* over in Pyote. “Why, I remember the days when the only thang flyin’ over hot dusty West Texas was buzzards,” he mused as he looked to the sky. 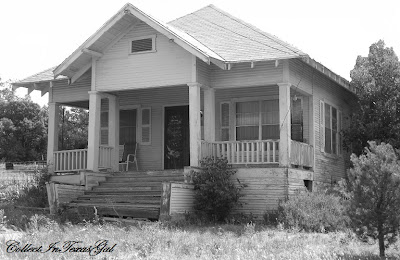 Down the dusty road just before crossing the ditch, Willard wondered if ‘Old Bob’ would be porch sitting. It had been six months or more since he’d had a day off from the Wristen Ranch*, and today he was on his way home. Sure enough, ‘Old Bob’ was on the porch in that old chair, looking at the sky. As soon as Bob saw the cowboy, his hand went up in greeting and he leaned heavily on the arms of the rocker as he stood to meet Willard at the edge of the porch.   ....continued HERE!
Posted by Sue McPeak at 11/21/2011

I love your stories. You make me feel like I personally know the characters. Someday I'm going to post the pictures from my grandmother's photo album from when she was a young girl, making many trips to the Concho River. They had so much fun!!
Happy Thanksgiving!
Karen Boykin Peterson
Ladybug Creek

I agree with Karen, your stories are always fun and interesting too and love hearing all about your family history . . . the horse's are beauties!

Hi Sue, we are in Florida for Thanksgiving. I just looked at the weather in Franklin and we will be driving home to snow next Monday. Brrrrrr.

I read the rest of your awesome story and commented there. Loved every word.