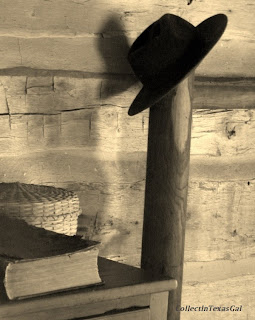 The Missing Life of Jeptha
Born in 1787. Died in 1864. That is all. There's not one record of anything inbetween for John and Lucy's fourth son, brother of Ichabod, Marshall and John.  Not a scrap of information that he was even on the roll of the early census when the count was determined by the number of  Free White Males living in a household.

At the time of his death at age 77, Jeptha surely would have been buried near someone in his family even if he had never married or fathered any children.  He was one of nine children....five younger than he, and with many nieces and nephews who as family tradition dictated took care of old uncles.

Gone But Not Forgotten for old Jeptha, did not seem to be written on any tombstone, either.  Instead it seems he was 'Gone and Forgotten' for his name does not appear in any of the cemeteries that were the final resting places of his family.  There are several that bare his family name and Mount Carmel Methodist Church Cemetery where his parents are buried on land donated by his brother Daniel for the church and cemetery.

So for Jeptha, we will have to be satisfied knowing that his early years were lived much like his brothers, and he grew up with the same values and good intentions for living a Christian life with the idea that he too would marry, have children and grandchildren and be buried in a family plot.  Most likely all of that did happen for Jeptha.  However, there is always the possibility that a completely unforeseen turn of events sent him down a different path...at least at the end of his life.  It was, afterall, during the Civil War.

The one bit of information that hints at the possibility of his death being related somehow to the Civil War is the place of his death....Whitfield County, Georgia.  Whitfield was a hotbed of  skirmishes  in 1864 from January through October, and Whitfield organized almost 20 outfits of Infantry, Volunteer and Guard Units.  Even at age 77 Jeptha could have been in one of the Home Guard Units or a Volunteer fighter at the Battle of Buzzards Roost or the Battle of Nickajack Gap.  Perhaps one day, another scrap of information will be found, and the missing life of Jeptha will be found.  Until then... 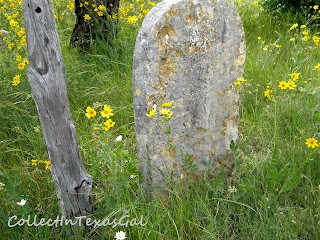 Rest In Peace, Uncle Jeptha in your virtual cemetery beside your parents at Mount Carmel.

You may be Gone but You are Not Forgotten in Tracks of My Georgia Ancestors...for as I continue to say....

"Every person in your Family Tree is 'Significant In Time' for there is no such thing as a life not meant for the person living it."