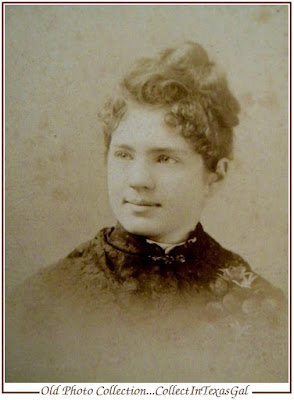 One could say Mr. Walsh may have jinxed Mary Jane's chance of ever becoming a bride, a wife, a mother and a grandmother by labeling her a spinster at such a young age.   Jinxed or not, it was her lot in life to be a daughter, sister and aunt.  The same life was in store for the older sister enumerated as a seamstress.

Elisha left Wilkes County, North Carolina in the early 1870's, and as the story is told by his siblings descendants...never to be heard from again.  Although, Mary Jane and Martha did not contribute to the Marley descendant pool, their Wilkes County brothers did.  And so did Elisha in Jack County, Texas.

As devoted daughters and sister, Martha and Mary Jane lived with their parents and brother William until their deaths.  After mother Jane's death in the late 1870's, the 'Spinster Sisters' became housekeepers and farm laborers...according to the 1880 Census.  After their father's death at age 91, not long after being enumerated in the 1900 Census, Martha and Mary Jane continued to live on the family farm with their now 'Head of House' brother William, 42 years of age.

William, apparently a bachelor, died sometime between 1900 and 1910 as the two sisters were listed together without William in 1910.  According to Wilkes County Deed Records, spinster Mary Jane Marley bought 100 acres of land from E.K. Walsh. (what an ironic/coincidental twist of Census takers labeling)

By the time the 1910 Census was taken Mary Jane (64)and Martha (69) lived on Mary Jane's farm keeping house and most likely doing what they had always done, sewing and handwork.  They were still close to family with their brother George's son farming the land next to Mary Jane's.   It would be several more years before they would learn of the whereabouts of their last living brother.

The contact would have been sometime in 1914 when Elisha corresponded with his sister Mary Jane.  (This piece of information was jotted down on notes about Elisha taken in 1972 by family historian, Aunt Irene.) 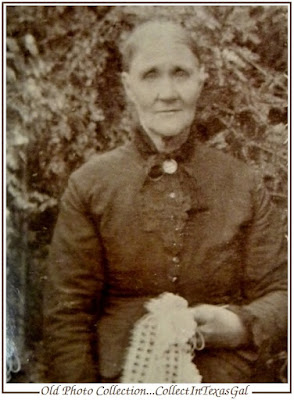 Mary Jane Marley died on March  28, 1915 at age 69.  Her death certificate lists cause of death as 'Lagripe' or what is now called influenza.  Although the certificate places Mary Jane in Wilkes County and correctly lists her parents, the informant was not a family member and incorrectly states her burial site.  However, and interestingly, says the Undertaker will be 'home folks'.  Her unmarked grave is thought to be in the same cemetery as her parents, siblings, nieces, nephews and other family members in Beaver Creek Advent Church Cemetery, Wilkes County, North Carolina.

Perhaps of all the people who attempted to label Mary Jane from spinster to daughter, sister, aunt, seamstress to farmer and housekeeper, the informant on her death certificate stated her occupation perfectly....

....Handwork.
Martha died July 16, 1921, at age 81.  According to her death certificate, the cause of death was gastro intestinal related with the contributing factor of old age.  For whatever reason, Martha was not buried in the same cemetery as her parents, siblings and other family members including her lifetime 'Spinster Sister'.  Her place of burial is Mt. Zion Adventist Church Cemetery.  Her nephew and namesake of her father and brother was the informant...he stated her occupation as housekeeper.   Surely he meant to state....Handwork!
Sadly, Mary Jane, Martha and Elisha were not to see each other again on this earth.  However, he did return to North Carolina in 1929 at the age of 80.  He would live another 12 years and rests in peace in Borden County Texas beside his wife Mary Josephine Leatherwood Marley.  No doubt he remembered fondly and missed his sisters as he named his oldest and first born child after the both of them....Martha Jane Marley...my great grandmother.
Like her namesake aunts, she too, did Handwork!
Photo Disclaimer:  Photos from Old Photo Collection of CollectInTexas Gal.  Not intended to be representative of any person named in this post.  Used as representative of the period and in the interest of the story line.
Posted by Sue McPeak at 7/10/2016

Email ThisBlogThis!Share to TwitterShare to FacebookShare to Pinterest
Labels: Ancestor of the Month, Tracks of Texas Ancestors

What a cool story...Coffee is on

Thanks, Dora. These women were fun to research and write about. I loved that they were women farmers as well as seamstresses and known for their handwork. It's good to have their threads of DNA stitched into to mine.

I enjoyed your story here, Sue. Do you know what made your great-great-grandpa run off from his family like that?

One thing that I don't understand that you said up there: "By all indications and records, Mary Jane and Martha were devoted sisters and aunts to their brothers and to their nieces and nephews except for one...Elisha." What indicated that their devotion was any less to him? Or, do you just mean since he wasn't there, they couldn't do the usual sister things for him?

I find your family stories fascinating and wish that I could write so creatively about mine. Keep up the great work!

Thank you for stopping by PS Annie! Have a beautiful day. :)

I do know the story why he left...will be writing it soon. And yes, you have read between the lines perfectly...Elisha was not there for the sisters to spend time with him or to know his children of which there were 11 who lived to adulthood. Thanks so much for your interest and comments. I'm glad you are enjoying my family stories.

interesting tale indeed. I bet those spinsters were darn hard workers and lovely strong women. Backbone of America, as they say

My thoughts exactly! Certainly worthy of telling their story for future generations of family women to know about their Aunts!

Such information is so very interesting. I see alot of brothers and sisters who never marry and live on the family farm.

I have seen it often in my family trees as well. Many of the spinsters and bachelors I find living with married siblings and or their nieces or nephews. Nice that they were cared for in their old age by family members.

Cool Story! Thanks for sharing