C is for...Computerin' In Texas

RingRingRing...."Thank you for calling Bubba's BundleUp and LinkUp. ListenUp while I zip right through the list of Thangs WeDo.  First off we have this new fangled phone and if we get disconnected or buzzin' don't call back...just come on down to the office and pick up a flyer.  Now, what do ya want?"

Amazing...the customer service these days.  My answer was real simple...."I'd like to get my COMPUTER hooked up on the InterNet".  Her reply was, "Do you want Wire or Wireless?"  I was kinda speechless and just said, "Huh?"  "DO YOU HAVE WIRE?" she yelled into her buzzing new fangled phone!  Oh! Yeah, I have plenty of WIRE, I shouted into my new fangled wireless cell phone."  "Okay, we'll be out there in a day or two to WIRE YaUp!"  click! No, No, wait...I want WIRELESS....buzzzzzzzzz! 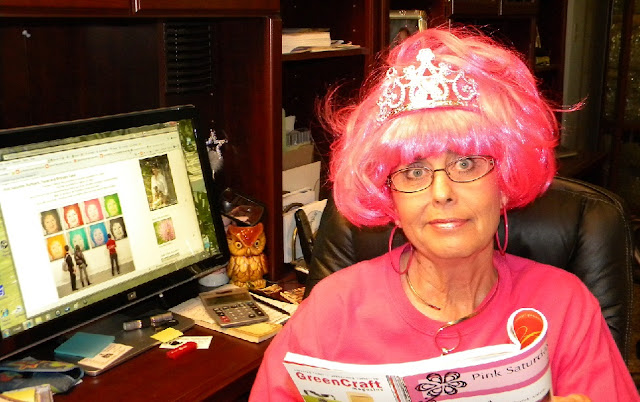 Now, here I am with my COMPUTER....nice one, huh?  Yeah, I got it last Christmas....real fancy with big screen and although I may Look Confused, I know a thing or two about COMPUTERS.  Yep, when I decided I'd get a COMPUTER I studied up on them so I'd know everything there was to know.  First thing I did was look up COMPUTER and World Wide Web in my 1961 Collegiate Webster Dictionary.....
~ com.put.er \kem-'pyut-er\ n: one that computes; specifically an automatic electronic machine for performing calculations.
~world.wide.web\ huh?\ see giant spider
....Do What?  I went on to lookin' up BLOG....I'd heard about bloggin' and was thinkin' I'd like to be a Blogger!  IT WAS NOT THERE!  It should have been somewhere around blocky, bloke and blonde.
So, I made up my own Definition......
BLOG - A place on the InterNet or EnterNet or InnerNet....none in 1961 Webster....a place on the WorldWideWeb... which is based on…as far as I can tell...the Children's Nursery Rhyme, The IttsyBittsy Spider who went WebSpinBerserk after the water spout event flooded the WholeWideWorld.

On the WWWeb where ANYBODY in the whole wide world via their Personal Computer(PC)....also not in my Webster.....share 'Information' (mostly useless ramblings about themselves...speaking primarily of this blogger and this post) with other people known as Bloggers, who also share their ramblings and then want lots more Bloggers who Blog to comment on their Blog.

The Information is sent to somewhere in OuterSpace via WonderWhereWireless wires to this WonderWhereWeb which then spins it off to the intended ReceiversPC via their SecretCode that only they and their InterNetProvider know.....unfortunately, we have learned that the Provider CanNot keep a secret! 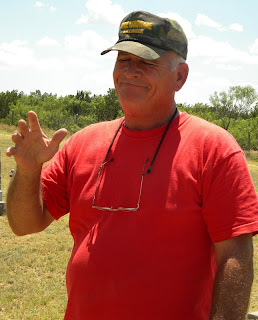 I was tellin' HiHoney about the phone call with the LinkUp company and how they wanted to know if we had WIRE!  He said, You want Wireless!!  That's why you got all that HiTech mess!
I know, so why are they asking if we have WIRE?

I'm guessin' Bubba's BundleUp and LinkUp didn't hear the latest about Texas being way ahead of the rest of the world with this Wireless Thing.  I read in the paper that last week,  a bunch of New York scientists dug a 10 foot deep hole and found traces of copper wire dating back 100 years and came to the conclusion, that their ancestors already had a telephone network more than 100 years ago.

A couple of days later, in California, an archaeologist dug to a depth of 20 feet, and shortly after, headlines in the LA Times newspaper read:  'California archaeologists have found traces of 200 year old copper wire and have concluded that their ancestors already had an advanced high-tech communications network a hundred years earlier than the New Yorkers.'

Just yesterday , I read in the paper that after digging as deep as 30 feet in his pasture near Cut-n-Shoot, Montgomery County, Texas, Bubba Rathbone, a self-taught archaeologist, reported that he found absolutely nothing.

Bubba has therefore concluded that 300 years ago, Texas had already gone wireless.

PS...Wireless? I don't know about you, but I have a tangle of wires behind my PersonalComputer that makes cooked spaghetti look straight. How they got wireless outta that mess, beats me, especially when even 1961 Webster defines wireless as having no wires.
﻿

I'm sure you have guessed by now that my 1961 Websters is not up to date on anything to do with Computer.
However, I assure you that Jenny's Alphabe~Thursday and the List of Participants are WiredUp, and LinkedUp for the
LETTER C

what a fun read! I think wireless isn't all wireless, I mean isn't there at least one or two wire somewhere, isn't that why we have all those poles? yeah, I don't get it either. thanks for the fun read

it's about time someone explained computers to me in a language i understand! seriously funny post, wonderful take on the letter C!

This is just wonderful! It makes me think about how much the world has changed and wonder where it's going.

I am wired in South Carolina. My husband can use wireless, because we are wired somewhere else in the house.

computer in Texas, how cool..
love your honesty and fantastic thoughts...

I WANT THAT TIARA! I NEED it. How much do you want for it? You are brilliant!

I love your pink hair girl! You look so sweet! But I have wireless and wired! My son keeps us current on everything because he is the smart IT kinda guy! Everyone loves Jeremy! He fixes all our computer aliments! Hee Hee
Great C post! Come see me! Love and Hugs Anne

What a fun ride through computerland! I understood every word you said and that is really, really frightening!!! Hey Annesphamily can you send Jeremy over here please?!!

Sue I love this post! Fun from start to finish! Cute photo!

You are a double hoot and a half!!! You had me in stitches.

What a cute share...love the PINK lady :D

I am laughing so hard. Bubba found nothing...Those texans were already wireless...HILARIOUS!!!

lol, texans are ahead of the times! ... already had wireless... hilarious!
Great post!

Very funny! We even have wireless out here in the wilds of Utah with all the polygamists! LOL!!

:P sick computers make more sense than wireless ones . What does wireless have to do with computers anyway ?
Great Post! I like it .

Another fun post from the QUEEN of fun posts!

So glad you've got the wired wireless down there. Anything to keep you blogging on t'internet.

You're so hilarious. Love the way your brain works... wirelessly. HA.

Just don't do your online banking on a wireless computer. K?

Sue. You totally and completely cracked me up with this link.

I love the pictures...they are perfect...and your words, girl, oh your words are just hilarious. You have definitely mastered advanced dialogue writing for sure!

Thanks for the great fun here this week on Alphabe-Thursday.

I always love visiting you.

This post is hysterical Sue and that picture is priceless. I'm on a forced blogging break of sorts my laptop is in for repairs! (its wireless :))